Haseena Parkar teaser is released and Shraddha Kapoor appears awesome in the role of Haseena. Haseena, popularly known as 'Aapa', but a name that sent shivers down the spine of people of Mumbai. Directed by Apoorva Lakhia, the film portrays Shraddha in a completely different role. To know more, keep reading CRB Tech Reviews. 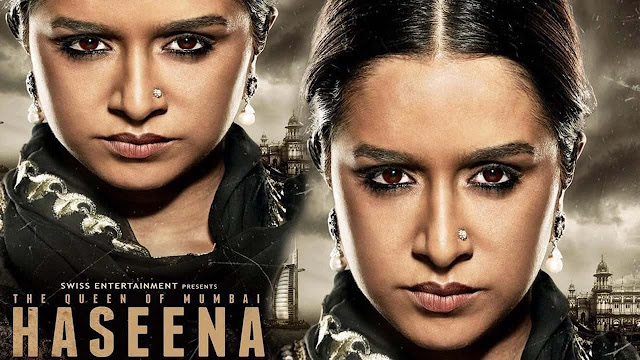 The story of a sister, mother, daughter… gangster! Apoorva Lakhia’s Teaser of Haseena Parkar landed and it amalgams the two facets of this enigmatic personality, a woman who’s a crime lord. The fact is that she was the sister of Dawood Ibrahim and represented him in his stronghold, Nagpada, after he left India, added mystery to this enigma. But in the teaser we only see her and rarely hear her.
Till now we have seen Shraddha as a girl next door, sometimes troubled, at other times confused, but always as a simple girl. Playing Haseena is a journey for her as well but going by her norms what we have seen till date, she appears to have done justice to the role. She grows into the part as Haseena grew in stature among her followers.
The teaser tells about the life of Haseena , popularly known as ‘Aapa’. The film is a true story based on the life and times of the sister of India’s Most Wanted, Dawood Ibrahim. The film’s tagline is, “80 cases registered but she appeared in the court only once”, and this power pervades the teaser too.
Shraddha takes the centre stage as the lead of the film, and looks too dangerous with her eyes challenging someone to try and stand against her. Directed by Apoorva Lakhia, the film shows Shraddha in a completely different role. The film would show Haseena over a span of years and Shraddha’s look will also change as the character ages.
Shraddha Kapoor is hopes that her fans love her in this role and appreciate the experiment she has done. She shared the Haseena Parkar Teaser with the caption, “Here is the teaser! – hope you guys like it http://bit.ly/HaseenaParkarTeaser #HaseenaParkarTeaser @ApoorvaLakhia @SiddhanthKapoor @AnkBhatia.”
Farhan Akhtar‏ also shared the movie’s teaser and wrote, “Nice one @ShraddhaKapoor .. Looks real, gritty and dramatic... All the best @ApoorvaLakhia @SiddhanthKapoor & Team #HaseenaParkar.”
Actor Ankur Bhatia plays the role of Haseena’s hubby in the film, while for the first time, Shraddha would be seen with her own brother Siddharth Kapoor, who will be playing the role of Dawood in the film. The film is scheduled for release in August 18 .
Haseena is an upcoming Indian biographical crime story and was initially titled Haseena: The Queen Of Mumbai.
We conclude here.
Stay connected with CRB Tech Reviews to know more about latest Bollywood news and gossips.