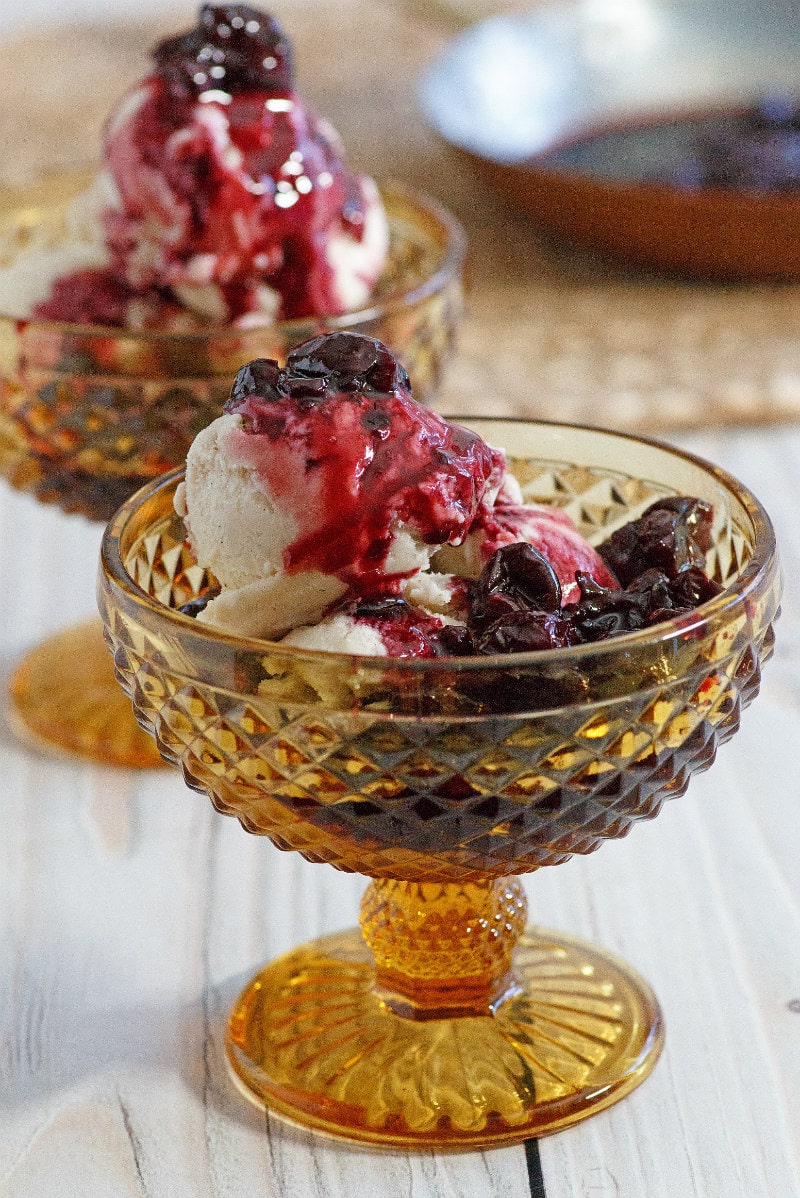 I first served this recipe many years ago at our neighborhood’s gourmet club when we shared in a wonderful New Year’s Eve feast. My task on that evening was to bring a festive dessert. And my choice was to bring this Cherries Jubilee. It was the perfect dessert for celebrating (I mean… you light the sauce on fire right before serving!), and everyone loved it!

Cherries Jubilee was thought to have made its first appearance as a dessert in the late 1800’s as a treat created for Queen Victoria. Its popularity in America soared in the 1950’s and 60’s with housewives who wanted to impress their dinner guests with a flaming dessert. Count me in as a “housewife” who was out to impress my friends! 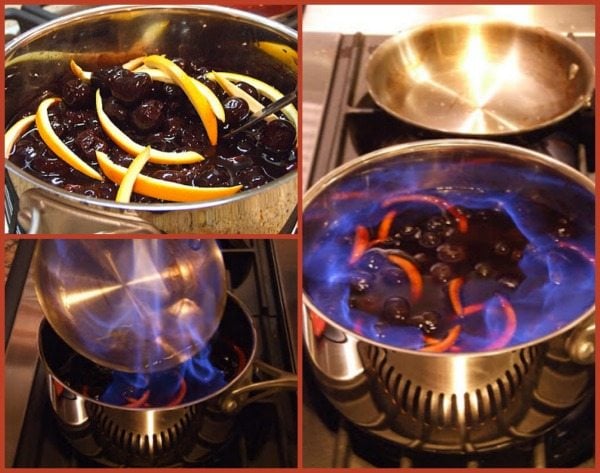 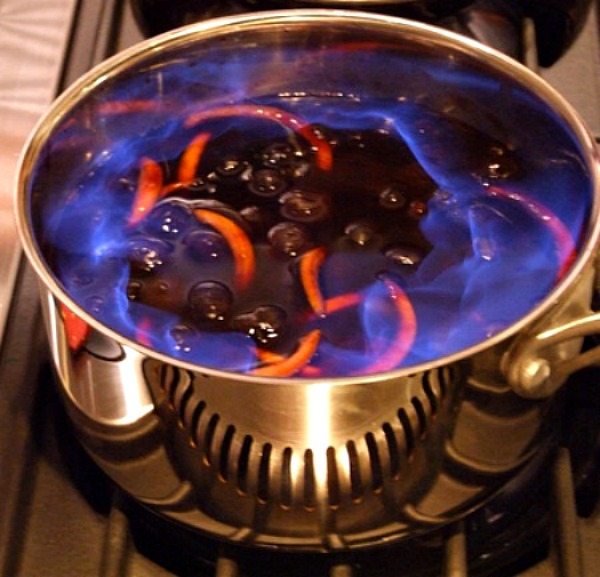 How to make Cherries Jubilee:

The recipe (found in an old Bon Appetit magazine) had a few ingredients that I knew I might have to hunt high and low for… frozen sweet cherries, cherry juice, arrowroot, and kirsch. I made a quick call to my local grocery store to inquire about these very ingredients. The clerk told me that they didn’t carry any of them except for arrowroot. Great. I decided to go to the store anyways to get the other stuff I needed, and low and behold, they carried all of the ingredients I needed except for kirsch. After a quick chat with the manager (haha), I was off to Beverages and More to find my kirsch (clear cherry brandy).

Dried cherries, cherry juice, sugar and a scraped vanilla bean boiled down to make a wonderful sauce that was thickened with powdered arrowroot. Cherries and orange peel were added in the end to make a lovely orange-scented chunky cherry sauce.  When the big dessert moment arrived, I heated the kirsch in a small pan, lit it on fire, and asked my husband to drizzle the flaming kirsch into the cherries! The flame lingered for a bit until it burned out on its own. Then it was time to serve up the cherries! 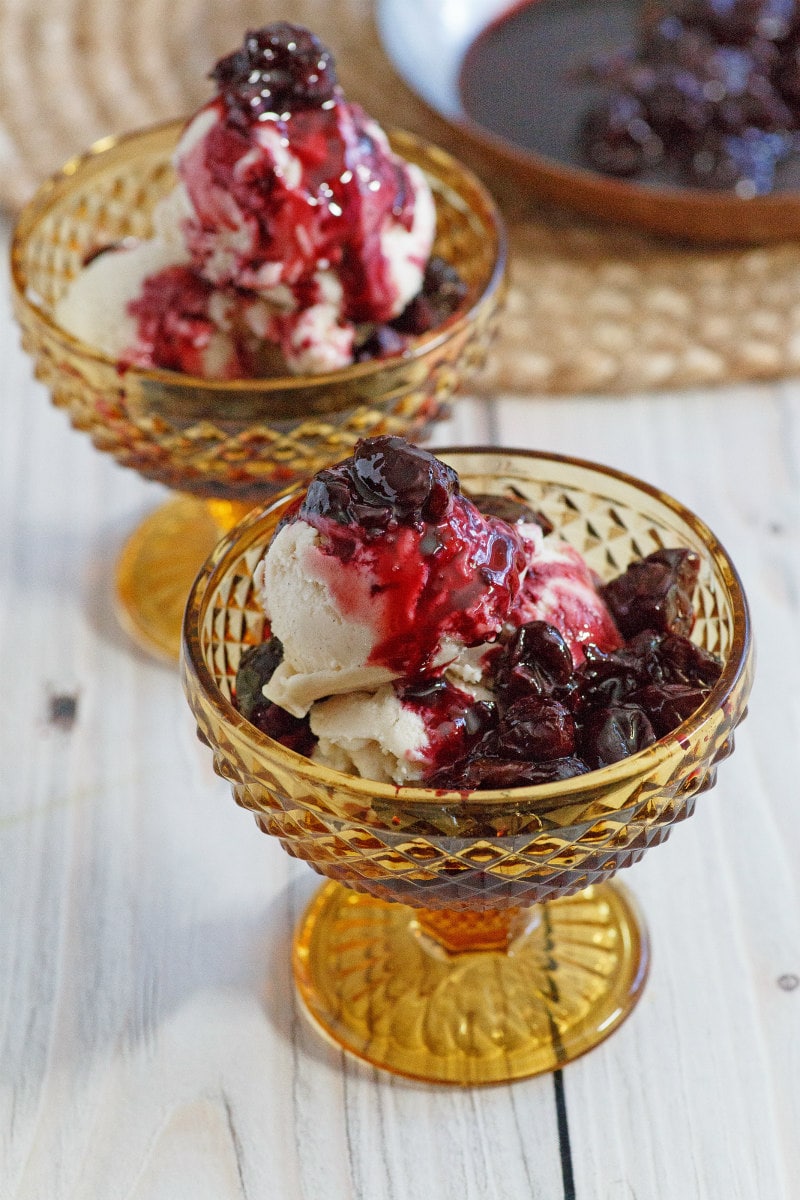 Another gal in our group brought a wonderfully rich European Chocolate Truffle Cake, and I brought some Homemade Vanilla Bean Ice Cream. Some people ate the cake with cherries on top, and other preferred the ice cream with a spoonful of the Cherries Jubilee!  Others had both. YUMMY! 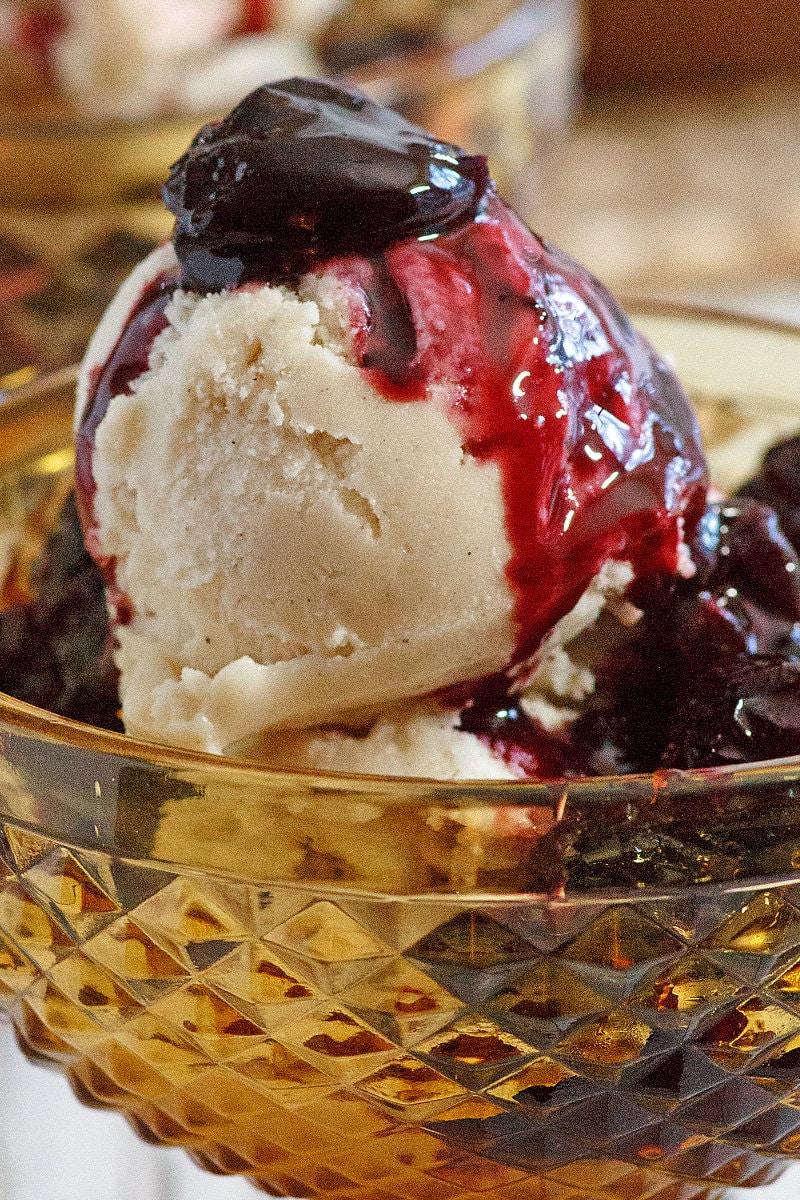 The cake was terribly rich and gooey and chocolatey, the ice cream was super decadent, and the cherries were the perfect complement to both. I recommend this as a flaming great dessert to have when you want to impress your guests!

Here are a few more fun dessert recipes to consider: 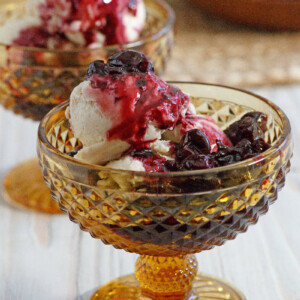 The Inevitable Decline of Bitcoin – Bitcoin Crashes Below Key Support