She Grew Out of Her Egg Allergy! 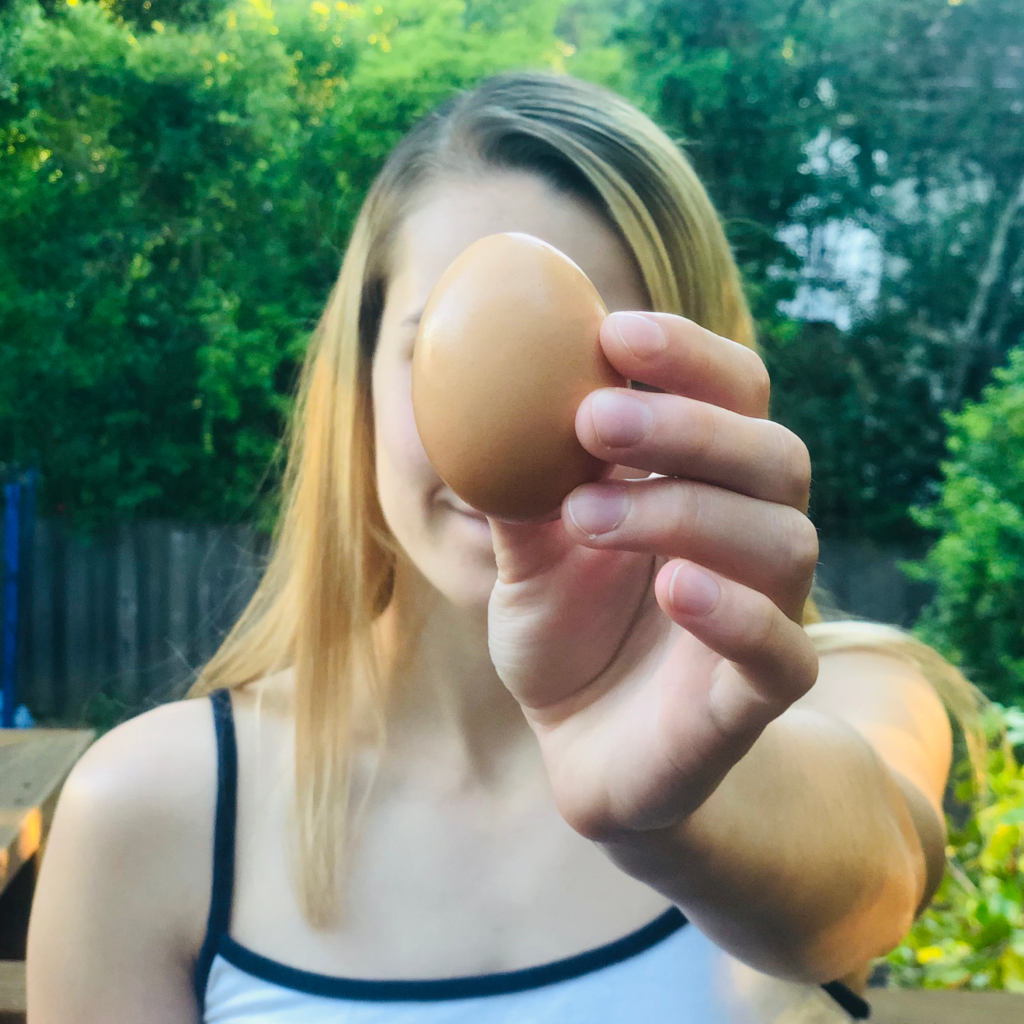 Our daughter’s allergist told us that she would probably grow out of her Egg Allergy by the age of 16. He was right! At 15, she is now eating egg in every way, shape and form.

Let me take you back…

When my daughter was a toddler, she would get a rash on her face and body when she ate eggs. She tested positive for egg allergy at 18 months, so we avoided it from then on.

When my daughter was 4 years old, I wrote a hopeful post, citing research that showed that 68% of children would outgrow their egg allergy by the age of 16.

When she was 6 years old, after a positive skin test, we attempted an egg food challenge anyway, because the doctor thought that despite the test, she could possibly be able to tolerate egg. We did the challenge with a Scrambled Egg in the doctor’s office. It didn’t go well… they had to give her epinephrine. Below is a before and after photo showing how her face and entire upper body became flushed. (She is smiling in second photo because she already got the epinephrine and was a bit hyped up.) 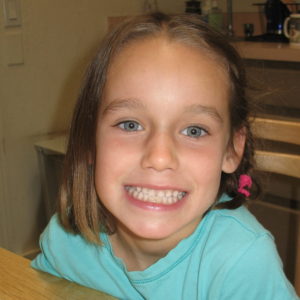 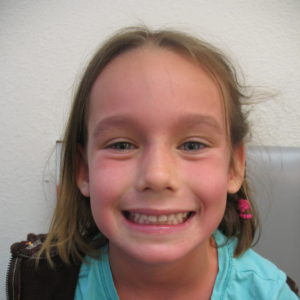 After that, we continued to avoid eggs and I still baked without eggs.

The next year, she ate a cupcake that was given to her by a friend at school (you can read about that accident here), and she had no reaction, which prompted me to ask for a baked egg challenge. The protein of the egg changes when baked, and becomes more tolerable to some people. It turned out she could eat eggs baked into things, but still reacted to uncooked egg on the skin test and so we never pursued another scrambled egg challenge at that time. Years went by, and every time we skin tested with egg, she reacted.

She is now 15 years old, and I think it was a pancake that she tried recently — and had no reaction. Hmmm, that’s not a baked egg. After that, she ate more pancakes. Next she really wanted to try French Toast. I was hesitant, nervous even, but given that pancakes didn’t seem any more cooked than French Toast, I let her take a bite, then wait. By the time the wait period was over, the French Toast was cold and she didn’t want it. But there was no reaction, so the next day, more French Toast. No reaction whatsoever. A few days later, we moved on to scrambled egg, which I purposely over-cooked, and gave her the tiniest little amount. The next day, more. Eventually, and quite quickly, she was eating an entire scrambled egg!

Let me just say that I WOULD NEVER RECOMMEND DOING ANY KIND OF FOOD CHALLENGE AT HOME. But, we did, with caution, knowing she had already tolerated eggs in some form for quite some time (I would also NEVER do this with nuts!). The question is, why was she still reacting on her skin test all those years, and how long has she been not allergic to eggs? Did we possibly miss out on years of deprivation?

I will be curious to re-test egg on the skin the next time we go to the allergist to see if she is still reacting. If so, what other foods might she be reacting to on the skin that she is not really allergic to? Maybe I am too hopeful, but I see how much adding in one food to a food-allergic child’s diet can enhance one’s life!

Once again I would like to say: do not try food challenges at home if your child has a potentially life-threatening allergy and always consult your allergist before introducing foods to the diet.

She Grew Out of Her Egg Allergy!

Subscribe to Sure Foods Living For Celiac Disease, Gluten Intolerance, And Food Allergies