In high school, one of the hot topics were danglers and jhumkis and chatty girls would go on talking how which film star wore what type of danglers in what movie. These conversations would invariably end with some or the other girl sharing a story about a lady in her family (or neighbourhood) who has stretched Earlobes or whose earlobes are on the verge of being cut because they wore heavy earrings. (Oh No!!)

A few years later, my mother tore one of the earlobes and my father took her to the local hospital. She came back with big horrible stitches and was in a lot of pain. The wound didn’t heal properly, pus developed and the worst part, her earlobe was de-shaped. It looked horrible. It was two years before my mother could wear earrings and she had to attend even my own wedding with a dressing around one earlobe. (OMG!!) 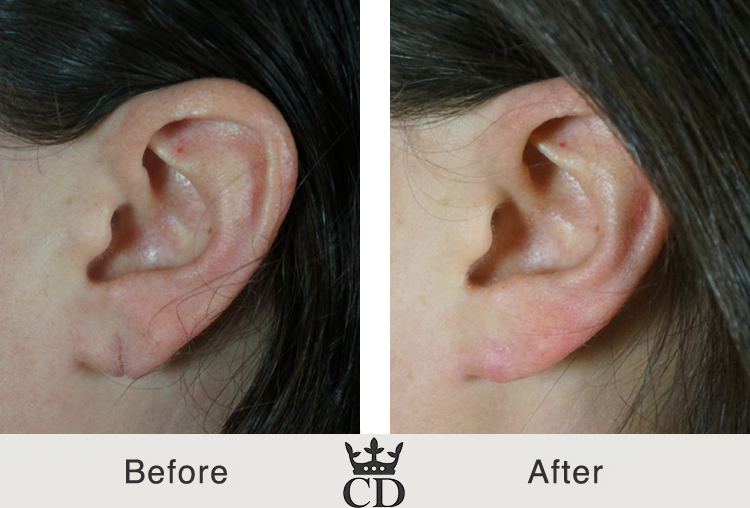 This put me off wearing heavy earrings (though I absolutely love them) and it made me wonder if earlobes could be stitched up like other wounds or cuts. After all, earlobes are made of soft tissue called cartilage and if it can be easily pierced easily, then it should be easily repaired too. Later a cousin, who went to medical school, explained the repair of stretched or torn earlobes needed the skill of the hands of a Plastic Surgeon, someone who is trained to operate, reconstruct, repair and stitch skin in such a manner that it looks like a work of art. The surgery is called earlobe reconstruction and earlobe repair. (Why didn’t the family think of consulting a plastic surgeon before?)

Years later, I was at my school reunion and the topic veered round to elongated earlobes again. Why? Because now many of us sported them. Some women openly shared their fears about going to a hospital for its repair. One of the classmates piped up and said that earlobe reconstruction and repair was really a quick snip procedure that was gaining popularity. She recommended Clinic Dermatech saying a relative had gone there and was quite pleased with the results. (Now in India, most of us still believe in word-of-mouth recommendations and personal experiences).

I had a friend who sported a torn earlobe in one ear and the hole in the other earlobe was almost to the edge. Both of us decided to visit Clinic Dermatech and see for ourselves what the plastic surgeon has to say. (Two heads are better than one.)

The aesthetic and plastic surgeon at Clinic Dermatech gave us ample time and answered all our questions patiently. He explained that to ‘close a hole,’ the edges of skin have to be refreshed so that they stick back together again. He would also have to re-shape the lobe and this would have to use his aesthetic design skills so that the earlobe looks normal and pleasing to the eye. (So that is why he is called an aesthetic surgeon…) 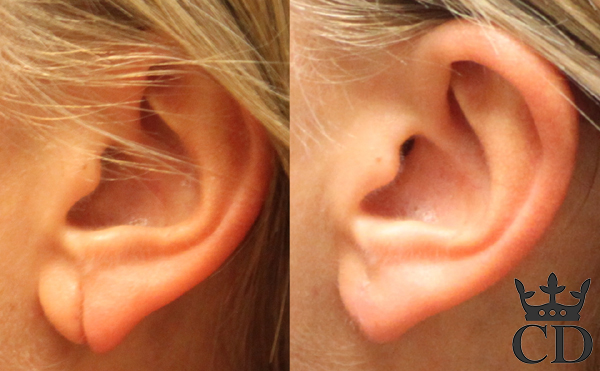 The surgical reconstruction of the ears can take anywhere from 15 minutes to an hour and is done under local anaesthesia. “Once the patient is numbed, the inner lining of the elongated earlobe hole is removed surgically, and the edges are put back together with stitches,” he said. (So, we can go home the same day.)

The doctor explained that the stitches are removed from the lobes after a week. The earlobe may feel bumpy and there will be slight bruising and redness, which is considered normal. As regarding the pain, it will be minimal. (Now that is something.)

As regarding the cost of the procedure, well that differs from person to person. What is truly priceless, said the doctor, is the bolstering of self-confidence of the client. It makes their earlobes look youthful. They no longer have to cover their ears with hair to hide the elongated holes or torn earlobes. (Wow…Count me in…)

You bet, my friend did go in for the earlobe repair surgery. And yes, in her own words, ” It is nice to have regular earlobes again and flaunt beautiful earrings.”

So, here’s to looking great and living life fully and powerfully.