FIRE UP THE BARBIE

Tags: vegetable grill grilling
January 26th 2015
View original
A Basic Guide to Grilling Summer Vegetables I grew up in the southern part of the United States where grilling and barbecuing were distinctly different: The former was a weekday task, and the latter a weekend hobby.
Grilling is quick cooking over a relatively hot fire. It’s best suited for small cuts of meat (eg, steak, chicken breast, burgers), fruits and vegetables, and sometimes for more esoteric items such as pizza. Barbecuing involves slow roasting larger cuts of meat (eg, shoulders, legs, ribs, brisket, whole animals) over indirect heat, using hardwood or charcoal, and smoke 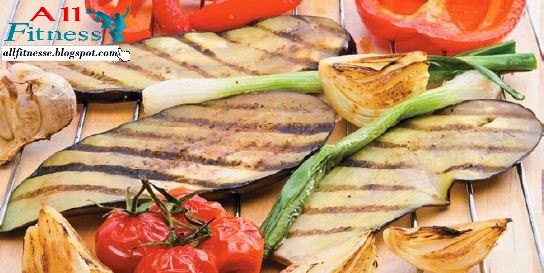 Now I live in the Northeast, where it’s cold much of the year, and grilling on gas grills is something people occasionally do, and real barbecuing is a myth. Still, I do what I can to cook outdoors as much as possible from early spring until that first unwelcome blast of winter. Even
though I was reared on beef, more often than not I have a batch of vegetables on the grill in the summer. Not only because vegetables are plentiful during that time of year but also because grilled vegetables, slightly charred on the edges and perfectly tender throughout, just taste good.
Grilling vegetables is easy, but there are a few points I’d like to stress to make them taste that much better. First, vegetables are lean, so they need some fat to achieve sufficient browning. Rather than dowsing them with oil, I like to use a simple vinaigrette to provide additional flavor. Lemon and herbs go particularly well with nearly all vegetables, so a lemon vinaigrette is my go-to. The vinaigrette also helps the seasoning adhere to the vegetables.
Second, all jobs are simplified with the right tools and proper preparation, and grilling is no exception. A good grill brush, sturdy tongs, and a stiff spatula are all you really
need. And if you’re cooking over charcoal, a chimney starter is preferred to the acrid taste of lighter fluid, which I grew up eating (and despising). Preheating the grill grate until hot, cleaning it thoroughly with the grill brush, and then oiling the grate sufficiently will help prevent food from sticking to the grill. And once on the grill, the vegetables soften as they cook, so switching from tongs to a spatula toward the end of cooking can preserve the veggies’ integrity by minimizing breakage.
The final point: Pay attention. Grilling, far more than barbecuing, requires constant monitoring. Altering the food’s placement to moderate the heat or combat flare-ups and flipping as often as needed to prevent burning is all part of the sport. The goal is even cooking, nice caramelization, and a pleasant amount of char on the food’s surface. Oh, and the only lingering taste should be just a hint of smoke, which I now greatly prefer to lighter fluid.
====> Vegetable Mixed Grill
All Fitness __  FIRE UP THE BARBIE
— Bryan Roof, RD, LDN, is a chef, dietitian, and food writer living in Boston..

There’s a birthday party today. Where is this feeling coming from?

FIRE UP THE BARBIE