While under lockdown at his Bengaluru home, Indian Racer Arjun Maini is keeping up with his training.

“I do body weight exercises, a few dumbbells. Nothing too intense at the moment,” the Formula 2 racer tells ETPanache. “My sports conditioning coach gives me routines based on the access to facilities I have. I do what I know works and stick to it.”

The Le Mans driver’s workout routine includes a medicine ball, a weighted vest and helmet. Neck exercises to endure the G-force during racing is vital and he works on that too. 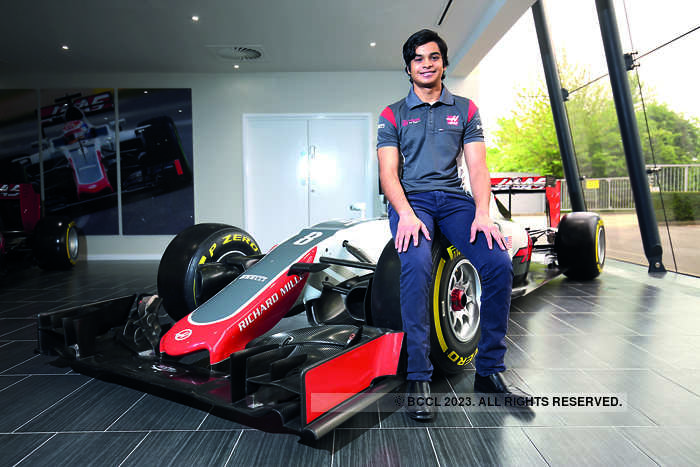 When it comes to food, Arjun Maini keeps it simple with a balanced diet.

“I do pushups and pull-ups with the vest on, using different grips depending on what type of training I’m doing. I do some abs with crunches, planks and rotations with the ball. For legs, I like to start with split lunges. I do regular squats and medicine ball squats too. I also do a lot of free weight exercises. I have a weighted helmet that is quite heavy. I hang off the bed with it from different angles so it works different parts of my neck,” he says, adding that he also does skipping and boxing to stay in shape.

When it comes to food, Maini keeps it simple with a balanced diet. “If I feel like having a chocolate, then I do in limitations. As long as I am getting all the nutrients to stay healthy, I’m okay,” he says.

With motorsport suspended till further notice, the 22-year-old has been doing a lot of simulator racing to pass his time. “I’m trying to perfect my styles for the games, so it’s keeping me occupied. I’ve also just started playing the guitar, so I’m working on that as well,” Maini shares.

Lewis Hamilton, Sebastian Vettel: Racers And Their Life In The Luxe Lane

After spending more than a decade in the sport, Button is still considered to be one of the racers who enjoyed his life in the fast lane off as well as on the track. During his early days, he was often thought of as spending more time holidaying on yachts and hanging out with models than focusing on racing. And Formula 1’s one time playboy doesn’t plan on slowing down, enjoying the luxe lifestyle with his new girlfriend and Playboy model Brittny Ward in his opulent mansion in Monaco and £5 million sprawling five-bedroom pad in Los Angeles.(Image: Instagram/jensonbutton_22)

A Tell-All Tale: Matteo Guidicelli on choosing the right partner