There are daily habits and brain activities that can help maintain brain health and lower the Risk of dementia.

But what if you can consume a natural everyday drink daily and cut your dementia risk in half? This research is seeing evidence that this particular drink may have that power.

According to the World Health Organization (WHO), over 55 million people are suffering from dementia in the world.

The incidence of dementia is expected to increase by at least 10 million each year.

Although aging, genetics and chronic disease like hypertension are key risk factors for Cognitive decline, there are ways to prevent dementia and improve cognitive function.

In fact, according to the CDC, nearly 40% of dementia cases can be prevented or delayed.

Studies have shown that certain beverages such as tea can improve cognitive function.

In this article, we’ll discuss the positive relationship between tea and dementia, the best teas to improve your cognitive function and explore some recent studies that associate tea intake with improved cognitive health.

We’ll also discuss some alternative beverages that may decrease your risk of dementia.

Drink That Slashes Your Dementia Risk 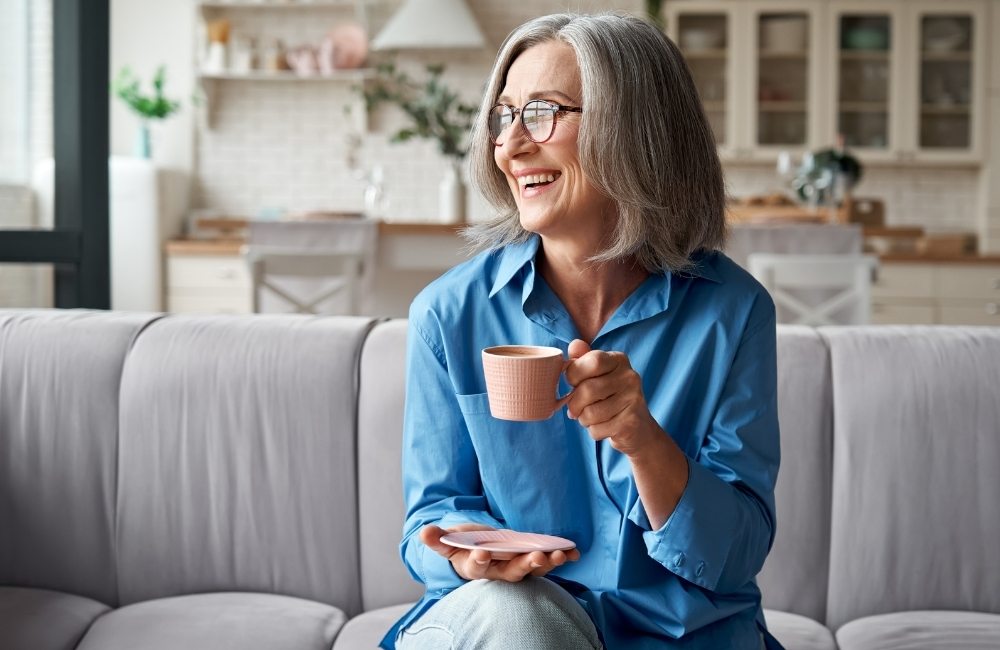 One study published in the Journal of Nutrition, Health, and Aging set out to determine the relationship between habits and neurocognitive disorders.

The study included 957 Chinese older adults over the age of 55.

The researchers found that those who regularly consumed tea reduced their risk of cognitive decline by 50 percent.

Furthermore, they found that participants who carried the APOE e4 gene were at a higher risk for the development of the most common form of dementia, Alzheimer’s disease.

Participants with the APOE e4 gene that were daily tea drinkers had a much lower risk (86%) of cognitive impairment.

Interestingly, there was not one certain tea that provided more benefits than the others. The research found that health benefits weren’t limited to one specific tea.

The freshly brewed leaves of other herbal teas like black tea, Green Tea, and oolong tea, were all shown in this study to have neuroprotective effects.

Let’s take a dive into some of the most popular teas and discuss their brain-boosting benefits!

Green tea is derived from the leaves of the Camellia Sinensis plant. is one of the healthiest teas in the world. It contains antioxidants to promote healthy aging and reduce the risk of chronic disease.

Green tea has polyphenols to reduce inflammation in the body and improve cognitive function. It also contains L-theanine which helps relaxation without drowsiness.

Almost half of the green tea leaves are accounted for by catechins. The most abundant catechin in green tea is called epigallocatechin gallate (EGCG).

While some attribute EGCG in green tea to the decreased risk of cognitive decline or cognitive impairment, no studies have been done at this time to suggest this.

You will get similar brain-boosting benefits from all of these teas.

Similar to green tea, black tea also comes from the Camellia sinensis plant and has compounds that may lower the risk of dementia.

It also has polyphenols, flavonoids, and other antioxidants that can fight free radicals that may be protective against chronic disease.

In addition to a lower risk of dementia, one study also found that black tea consumption lowered LDL cholesterol (the bad cholesterol!).

In fact, one study from England’s University of Newcastle found that both black tea consumption, as well as consumption of green tea, may lower the risk of Alzheimer’s disease.

While many consider rosemary a staple cooking ingredient, it also makes for a lovely cup of warm tea.

While more research is needed, some studies suggest that a low dose (750mg) of rosemary intake was associated with improved memory speed.

Other Types of Teas

In addition to the types of tea above, many suggest that several other popular teas have the same positive effect on long-term memory.

Other brain teas to include in your diet include:

All of these are mentioned above.

If you’re not a tea drinker, coffee is a healthy alternative that has been proven by scientific studies to boost cognitive performance, improve clarity, and increase alertness.

The researchers tested the different compounds in various coffee beans.

Coffee has antioxidants and compounds that are suggested to have a neuroprotective effect and may slow cognitive decline in those with Alzheimer’s.

In particular, quercetin, one of the flavonoids found in coffee has an antioxidant effect and can fight inflammation and lessen oxidative stress.

More specifically, they found that the beans contained compounds called phenylindanes that can lead to Alzheimer’s.

A darker roast has more phenylindanes, and the researchers suggested that dark roast coffee has better neuroprotective effects.

Interestingly, both of these well-known brain-boosting beverages naturally have caffeine. Is there a connection between caffeine and a lower risk of dementia or cognitive decline?

Surprisingly, quite a few studies have linked caffeine to improvements in cognition.

One study by the Journal of Nutrition suggested that caffeine in coffee may have long-term effects on thinking skills.

This study also found a relationship between alcohol intake and improved mental performance. However, they were unable to establish a suggested recommended intake amount to benefit long-term memory.

In this study, researchers from the National Institute of Aging looked at the caffeine, alcohol, and nutrient intake of 727 men and women that took part in the Baltimore Longitudinal Study of Aging.

Surprisingly, those who ranked highest on the healthy diet and high caffeine scales did better on the 10 memory tests.

This suggests that a healthy diet full of nutrients may be even more beneficial for healthy brain function.

So, what’s the connection between caffeine consumption and cognition?

We know that it’s a brain stimulant. But it also has the ability to block adenosine receptors to give you an energy rush.

This may result in an increase in cognition and reduce the risk of cognitive impairment as we age. It may also result in slight increases in physical activity that keep our brains working.

The research behind caffeine is still a gray area. There hasn’t been a robust amount of evidence at this time to link it with a reduced incidence of dementia.

Although there are a number of factors like aging, genetics, and hypertension

The post New Study Shows Drinking This Every Day Slashes Your Dementia Risk in Half appeared first on Wellness52.