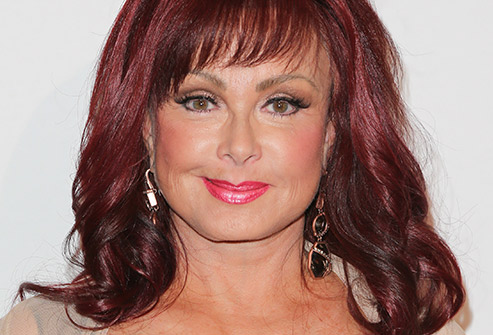 The country music icon Naomi Judd told ABC News and WebMD contributor, Robin Roberts, that she began to feel what she called “completely debilitating and life-threatening depression” in 2010.

She says she “would come home and not leave the house for 3 weeks and not get outta my pajamas, not practice normal hygiene. It was really bad.” She wrote about her depression in her book River of Time: My Descent into Depression and How I Emerged with Hope.

While I can tell you that I never had any doubt I would survive, that is true only from a historical perspective.

At the time of my hospitalization for Major Depressive Disorder, I was up against the wall. I had absolutely no idea how to move forward. Heck, I did not even know what forward looked like. It was the least terrifying of the three options I saw that led me to seek professional medical help.

I was having suicidal thoughts.

But I have not made my peace yet with this world. Plus, I am very competitive, and I want to see my 100th birthday. So, option one was out the window.  When those thoughts appeared, I would just see them and let them go, like a mindfulness meditation experience. This left options two and three.

Option two was to continue to do the same thing I had been doing for 43+ years and expect a different result.

Now that’s crazy! But it took 43+ years of doing that before I saw that it was not healthy or helpful. I kept returning to this idea repeatedly in the hopes that this time it would be different. I have a newfound respect for anyone who stays in abusive relationships.

I was in a long-term relationship with depression.

I understood how it worked and how to not actually see it or acknowledge it. I could skirt around the edges, but also be its buddy without knowing it. Depression and its repetitive cycles were a known quantity, even if I did not understand what was happening. Crappy, even life-threatening knowing is sometimes much less scary than the unknown. So, there I was getting in the shower, putting on clean clothes and driving to the emergency room.

And now I write to understand. As Naomi said, “I want someone to be able to see that they can survive.”

I won’t compare myself to the writing talent of Naomi Judd. But I have a message of hope for myself that I think would be helpful to others. You see, I thought I was alone. It seemed to me I was the only one going through this. And I was the only one who could figure it out, once I began to see the wall approaching.

That’s the thing, I saw the wall coming.

I could tell I was nearing the abyss and the descent was going to be much deeper and much harsher than any I had had before. Concealing my depression, even from myself, made it hard to prepare for the trip to the abyss.

There was no thinking about what to wear or what I might need in the abyss. Heck, I didn’t even have a toothbrush when I was admitted to the hospital. And they took my shoes because they had laces (and laces can kill). They took my belt and I went in my socks through the lobby into the ambulance to be transported to the psychiatric ward of the hospital.

In the end, it was a wake-up call.

And I am here today because I answered it. I said yes to professional help. I have been getting into groups and have found a therapist. And having a psychiatrist helping me manage medication are all tools I did not have before. Each of these, plus Smart and WRAP training, has given me a marvelous set of resources to help me avoid and/or minimize future bouts of depression.

And these tools did their job over the last 6 to 8 weeks as I suffered from a downward spiral.

READ: Why do the good times always end?

But because of my new skillset, I was able to use the tools I had learned to stay clear of the abyss. Sure, I circled the drain a few times, but it was clear almost from the beginning of the relapse that I was not going to have a complete meltdown this time.

Pulling out my toolbox, I kept plugging away using the tools that I had learned.

And the results are, I am back to living a more balanced life. Depression did not win. It couldn’t get me to keep secrets about how I was feeling. It could not isolate me this time from my family and support group. Depression couldn’t keep me from writing and blogging about what I was feeling. And in the end, depression backed off.

It works better without an audience. Knowing that I have been keeping depression out in clear view, so I can see what it is up to. Even when it slips in an unhelpful thinking style or wants me to “should” all over myself, I have been catching it and exposing it for the underhanded sneaky act that it is.

I have survived 43+years of depression. I have lived through it and “I want someone to be able to see that they can survive” too.

The post “If I live through this, I want someone to be able to see that they can survive.” appeared first on My Concealed Depression.