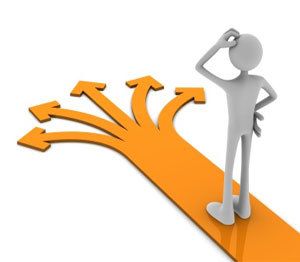 With concealed depression, everything was about work.

It was a place to run to, to be distracted from the prospect of having to live in the present moment.

Work, in its various forms, has been a place for me to hide. A place to confirm in my head that I have value. It’s my comfort zone.

Do humans matter? Do you think you re…
Jessie James Handbags – Easter Offer
6 Things You Need to Do to Engage You…
Testosterone & Beard: 8 Easy Ways to …
How to Develop a Telehealth App like …

Then depression and I agreed I would retire early.

Depression was gleefully awaiting my crashing and burning. But it couched its idea in such believable terms, I was drawn like a moth to the flame. Retire from my day job and turn my side business of the last 10 years into a full-time occupation that I can do from anywhere.

Tropical paradise and the ability to travel the world was laid at my feet by depression.

In my Concealed Depression state of mind, it all seemed normal. However, this idea was very contrary to the well thought out plans I had for retirement. It was a slapped together attempt by depression to undermine everything that was falling into place. Everything was coming together and the “living was easy.”

Depression could not stand that.

Secretly, it began to show me how I was better off with its plan than everything I was doing. Depression was so jealous of my success and happiness that it had to find a way to bring me back into its embraces. The fact that life was good, and I was enjoying the fruits of my labors was just too much for depression to take.

So slam, bam, crash; I ended up against the wall, with no visible path forward.

That was six months ago. With the help of a hospital stay, medication, therapy and peer support, I am returning to the plan I had laid out for the next few years. But the 14 months of retirement have changed me. That and my decision to face depression after 43+ years of hiding from it, ignoring it, and never saying it’s name out loud.

Now I have choices.

Of course, I always had choices, but depression got pissed every time I would choose something it hadn’t thought of.  The reality of my life with concealed depression was to do what ever I needed to do to stay at work. Work was my sanctuary, my escape from depression and my escape from living in the moment.

When things got tough at work, it didn’t matter.

I was going to be there, regardless of the challenges. If I was having a bad day, it was up to me to make it better. I wasn’t going anywhere so I needed to fix whatever was bothering me.

Before this moment, I did not feel I had a choice.

So yesterday, when my day job was stressing me out, I realized I had a choice.

I could dig in as I had done in the past, or I could say “screw this” and walk out. However, my pride and sense of duty prevailed, and I could not walk out. My day job gives me the opportunity to teach, to help others and to make a difference everyday in someone’s life. This is powerful.

After working through the fight or flight emotion, fight won out.

I rearranged my attitude towards the stress, the problem, the challenge, and faced it head on. This was harder than it used to be, because in the past I did not feel I had a choice. I bypassed the entire “what is the best course of action, what questions do I need to ask to be sure this is the best thing to do” type of reflection.

Concealing my depression was my goal at all costs.

This path cheated me out of understanding more about myself and living in the present moment. With depression’s help, it gave me a clear path that didn’t involve feelings or emotions or any of that touchy-feely stuff. It was all business, survival 101. Conceal my depression and move on.

Having choices about what my life will look like is a new way to view the world.

Do you feel you have choices in your life?

The post Why is it so much harder when you have choices? appeared first on My Concealed Depression.

This post first appeared on Depression Is Not My Boss, please read the originial post: here
People also like
Do humans matter? Do you think you really matter?
Jessie James Handbags – Easter Offer
6 Things You Need to Do to Engage Your Gen Y & Z Employees
Testosterone & Beard: 8 Easy Ways to Boost Growth
How to Develop a Telehealth App like Teladoc?
What Causes Brain Fog?
In A Funk? Take A Shower And Get Dressed
Does Online Therapy Really Help? Find Out Here