What is ATP Energy Cycle? What Every Athlete Should Know

What athlete has not felt the painful burn of exhaustion as they make the final dash for the finish line or fought through the unmistakable tremors of fatigue as they attempt to complete the last few reps in their weightlifting set?

Albania: Explore the Forgotten Side o…
How come so many Christians don’t rea…
Beard Bib – Solution For Messy Groomi…
Bodycam Video: Arizona Police Shoots …
Why PPE Is Crucial for Health and Saf…
What is energy? 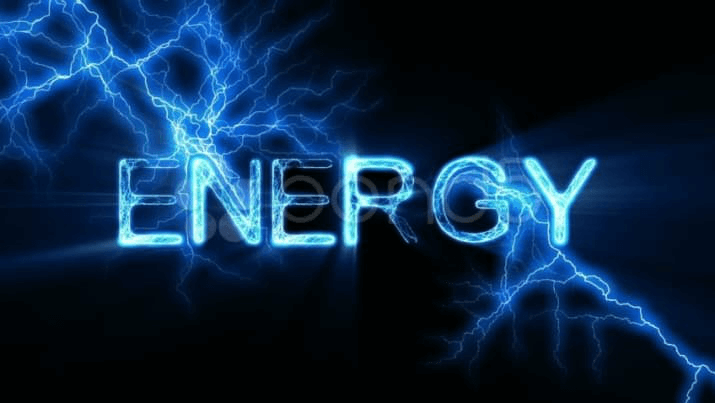 Energy is one of the most significant factors influencing the performance of an athlete. From sprinting to cross country, from soccer to weightlifting, energy production is one of the essential elements when training. It is also vital in day to day life- indeed; without some level of energy production, it would be impossible for us to perform the smallest function of daily life.
But what is energy? How do we produce it? How is it used?
The answer is quite simple, but first requires a basic understanding of the Energy Systems employed by the human body
Energy Cycles and Their Function
The body uses three energy systems; each of which has its own distinct purpose and each of which is employed in a different stage in exercise.
Each system is based on a simple concept: Adenosine Tri-Phosphate (ATP) is the universal energy currency within the body; once ATP is split into Adenosine Di-Phosphate (ADP) or Adenosine Mono-Phosphate (AMP), that molecule is considered to have been depleted of energy and must be replaced or replenished.
First Energy System - ATP-Phosphocreatine 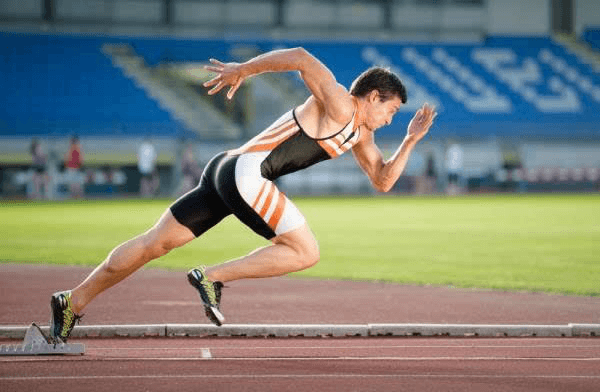 The first system that is implemented is known as the ATP-Phosphocreatine system, or, more widely used, the ATP-PCR system. This system contains a minimal amount of energy, which is obtained from the breakdown of ATP and PCR; however, only ATP provides energy directly to the cells of the body; PCR is used only to regenerate the amounts of ATP in the system. To elaborate, PCR is broken down through enzymatic action, which splits PCR into Phosphate and Creatine; the now free Phosphate can be added to the energy supply, increasing the amount of available ATP:
Phosphate-Creatine + Creatine Kinase enzyme → Phosphate + Creatine + CK enzyme ADP + Phosphate → ATP → cellular energy production.
The ATP-PCR cycle can function with or without the presence of oxygen and is a very rapid process; however, it cannot by any means be sustained for an extended period. When an intense activity is begun, ATP levels will be maintained for only a 3-15 seconds before the system is exhausted and the body must depend on the other two energy systems.
Although the ATP-PCR system may not sound like a useful mechanism, it is extremely useful in speed-based sports.
Second Energy System - Glycolysis 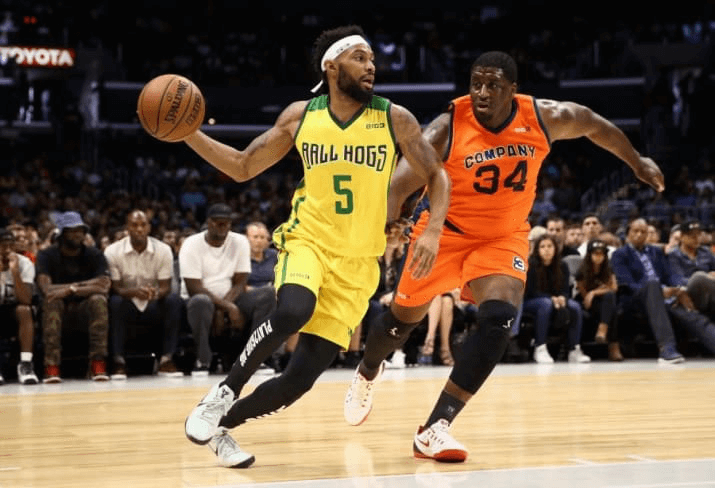 The second energy system that is implemented is known as Glycolysis and works directly through the breakdown of Glucose. Glycolysis is a fairly complex series of enzymatic reactions, and for the layperson, it is only necessary to understand the mechanism in the most general of manners.
When a meal is consumed, the first action the body takes is to convert the carbohydrates from the meal into a compound known as Glycogen, which is stored primarily in the liver but also in skeletal muscle and, to a lesser extent, in adipose tissue as fat for longer-term use.
Glycogen consists of a long chain of Glucose molecules strung together, which is known as a polysaccharide; when there is an urgent need for energy, monosaccharides of Glucose are broken off of and enter the energy cycle. Although Glycogen can be produced from fatty acids and protein, the best dietary source of the compound are carbohydrates such as grains, vegetables, fruits, and the like due to their natural sugar content.
The first step of Glycolysis is the transformation of Glucose to Glucose-6-Phosphate, a process that uses up one molecule of ATP; Glucose-6-Phosphate then goes through 10 to 12 enzymatic processes, which in the end produces Pyruvic Acid and 3 molecules of ATP. However, it is important to remember that Glycolysis does not by any means produce a large amount of ATP- only 2 net molecules of ATP are produced per cycle. As a result, the system can only sustain high-intensity exercise for a relatively short time span; indeed, even though the ATP-PCR and Glycolysis systems work together to enable high-intensity exercise; with these two systems alone it is not possible to maintain intense exercise for more than 2-3 minutes.
Oxygen
Although Glycolysis is an anaerobic process, meaning that it does not require oxygen to function; oxygen is still an important factor in determining the fate of Pyruvic Acid- if oxygen is present, Pyruvic Acid will maintain its form, but if there is no oxygen present then it will be converted to Lactic Acid.
Another important fact to remember is that contrary to popular belief, Lactic Acid does not cause fatigue, tissue damage, or burning sensations; rather, it is used as a specialised fuel source for mitochondria, which act as small energy plants for skeletal muscle and other tissues.
Third Energy System - Oxidative Phosphorylation 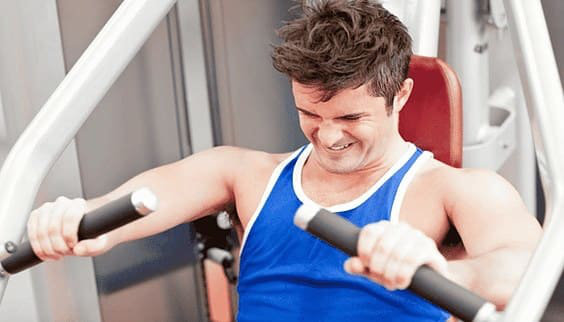 The third and final energy system is known as Oxidative Phosphorylation and is by far the most complex system. Approximately 35 ATP molecules are produced in this process, and it is the most efficient system that the body uses.
Mitochondria, which act as energy production factories for animal cells, are the hosts for Oxidative Phosphorylation. Each mitochondrion has two membranes: one on the outside, which is smooth and acts to protect the cell’s organelles, and one on the inside, which has many folds called Cristae that act to increase the amount of Oxidative Phosphorylation that can occur. The Cristae are the location where the mechanisms of the Electron Transport Chain (ETC) take place and where the bulk of the body’s energy is produced. There is also a small space in between the outer and inner membranes known as the inter-membrane space that also plays an important role in the energy production process, as well as an innermost space that is known as the mitochondrial matrix.
After the completion of Glycolysis, electrons are transported to the inner mitochondrial membrane by the compounds NADH and FADH2; where they enter the ETC. The electrons from the compounds then pass through a long string of reduction and oxidation reactions, where a reduction is a gain of electrons and oxidation is a loss of electrons, respectively. For example, consider compound X that has a charge of 0; if compound X is reduced by two electrons it will have a change of -2, but if it is oxidised by two electrons it will have a charge of +2. It is important to realise that the electrons are moved through the ETC by negative free energy, which is also put to work pumping positively charged Hydrogen atoms towards the intermembrane space of the mitochondria.
The ATP 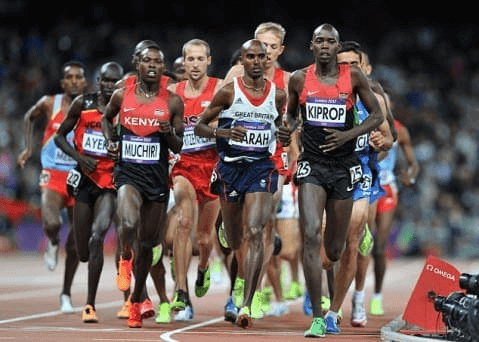 The ATP itself is generated by a compound at the end of the ETC known as ATP Synthase, which takes advantage of the Hydrogen gradient between the intermembrane space and mitochondrial matrix. Since by this point in the cycle there are more Hydrogen protons in the intermembrane space than in the mitochondrial matrix, the protons will flow towards the matrix by way of ATP Synthase. This process facilitates the formation of ATP in the inner space of the mitochondria.
After the ATP-PCR and Glycolysis systems have been depleted, the body resorts to Oxidative Phosphorylation as its energy source; endurance athletes and those who exercise at low intensity have specially developed Oxidative systems.
Why do These Systems Matter to Me? 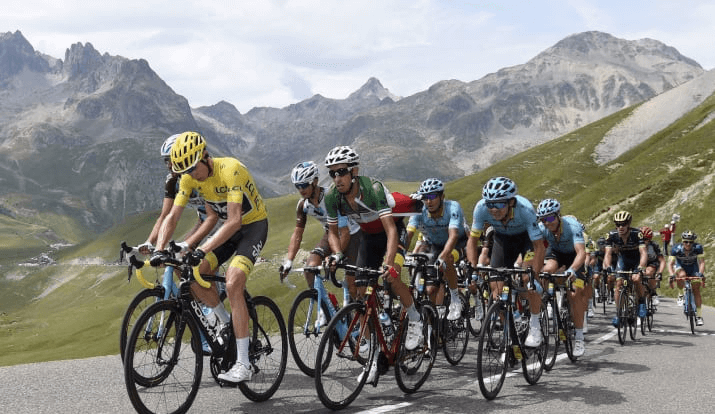 Although they originate from and are most reviewed in specialized fields such as Metabolic Studies, Dietetics, Biochemistry, Exercise Physiology, and Medicine, the three energy systems are just as important to you as an athlete, no matter your sport. To train for a specific type of event, one must train the energy system that will be most important for that event.
For example, imagine that you are a sprinter preparing for an important competition; you have just recovered from an injury and as such only have a limited time to train. As most experienced runners would be able to explain, the best method of training is short, fast bursts. Not only are you training your muscles and encouraging the development of fast twitch fibres, but you are also sending a message to your body that the ATP-PCR and, more importantly, the Glycolysis systems are of primary importance. With proper diet and training, your body will adapt to depend more on those systems than on Oxidative Phosphorylation.
Conversely, imagine that you are an extreme distance runner and need to train for a 50-mile race. The best method of training would be endurance running with scheduled increases in mileage and run length until you have reached an appropriate level and can realistically compete in the race. Again, this type of training is not only important to develop slow twitch muscle fibres but to send a signal to the body that the Oxidative Phosphorylation pathway is of primary importance. The concept is identical - with proper diet and training methods, the body will adapt to depend primarily on the Oxidative pathway since that is the energy system that is most put to use.
Why ATP Systems Are Worth Understanding? 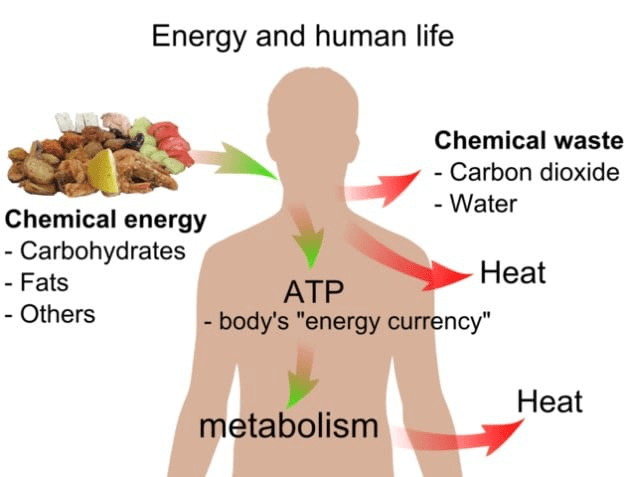 An understanding of the energy systems is also an important component to understand when it comes to eating properly. It is important to load up on carbohydrates before a race or especially a long run. This is because carbohydrate loading provides the body with a large load of Glucose, which is packaged into Glycogen stores; when exercise begins the body will break Glucose off of the Glycogen chain and use it to produce energy.
Finally, a basic understanding of energy systems can help you to effectively plan a workout; are you going on a long run the next day? Maximize performance by loading up on carbohydrates tonight. Are you training for a speed based event? Focus on red meat to help build up the levels of creatine in your muscles. Always feeling tired, even with short bouts of exercise? Focus on carbohydrates and red meat, so the energy stores for multiple systems have a chance to build back up.
Indeed, with proper training, diet, and a basic understanding of the three energy systems every athlete has the tools to build an effective exercise plan.


This post first appeared on E-Nutritions Fitness, please read the originial post: here
People also like
Albania: Explore the Forgotten Side of Europe – 15 Best Things to Do in the Albanian Lands
How come so many Christians don’t really know God?
Beard Bib – Solution For Messy Grooming
Bodycam Video: Arizona Police Shoots A Man After Mistaking His Vape Pen For A Weapon
Why PPE Is Crucial for Health and Safety in the Workplace

What is ATP Energy Cycle? What Every Athlete Should Know