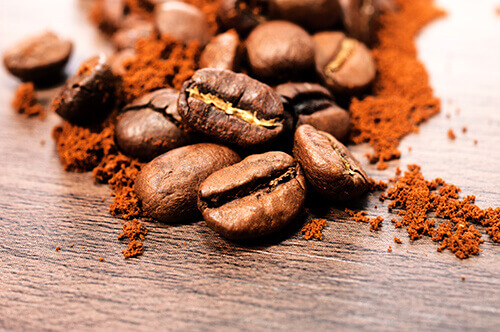 Natural stimulants usually refer to plants growing naturally, which, when used by humans, stimulate certain cognitional or physical areas in the body. This term traditionally applied as a counter-term to drugs and medicine produced, manufactured or sold commercially. This article will go over several Natural Stimulants and explain their origins, use, as well as recommendations and risks.

A Guide To Visiting Antigua, Guatemal…
Vigilante: The spiritual successor to…
What would happen to a modern-day Mos…
Oskido – Tsa Ma Ndebele Kids ft. Cand… 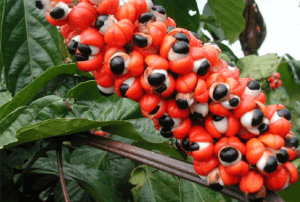 Guarana
Natural stimulants can divide into several groups. One of them are stimulantscontaining caffeine or materials very similar to caffeine. The most known such stimulants (although usually not in the form of purely natural stimulant) are tea and coffee, as well as hot cocoa and cola drinks.
One such caffeine-based natural stimulant is Guarana, which is considered one of the better known natural stimulants. As a climbing plant of the maple family, it tracks its origin to South America, particularly around the Amazon river in Brazil, and its fruit is about the size of a coffee bean.
While Guarana is reasonably known as a stimulant containing large doses of caffeine, it provides guaranine, which is similar to caffeine but has been shown by science to be a distinctive material. In particular, guaranine affects the brain and primarily cognitive functions in ways somewhat different from caffeine. Its known effects, which include improving your memory and concentration, have been shown to not only be attributable to caffeine itself, which can be somewhat perceived as a subset of guaranine.
Furthermore, unlike caffeine, which primarily stimulates the body, guaranine improves most cognitive functions.
When compared to coffee beans, Guarana contains about as twice more stimulative energy. In Brazil, it is particularly popular, with many soft drinks comparable to cola made from it. Nowadays, Guarana-based beverages in Brazil surpass cola-based drinks in sales. 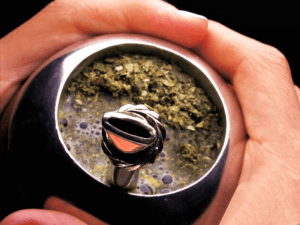 Yerba Mate
Yerba Maté a species of holly which is native to subtropical South America, not far from the origin of the Guarana plant. It can be found in various parts of Argentina, Bolivia, as well as Brazil. The maté itself comes in the form of a small tree which can grow up to 50 feet tall. Similar to Guarana, its leaves, which are commonly called “herb”, contain caffeine as well as related compounds.
Maté is used primarily as a beverage and traces a long history in this respect, down to the ancient Indian cultures of South America. In several countries in South America, it is even considered a national drink. In Argentina, for example, friends meeting to drink maté is similar to a group of friends meeting in Europe at a café to share a cup of coffee. In addition, in several parts of South America, drinking maté together has almost ritualistic forms and features its own set of rules. The flavour of brewed maté is considered strongly herbal, similar to that of green tea.
Apart from containing caffeine and in addition to being a natural stimulant, Yerba Maté known as have several health benefits. The research on the effects of the plant has yielded that its consumption has antioxidant and anti-inflammatory effects. However, the plant is not recommended for pregnant or nursing women. 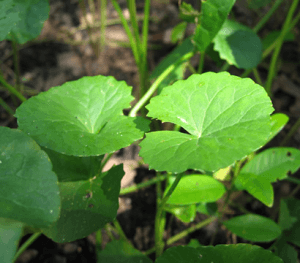 Gotu Kola
Gotu Kola, or Fo-Ti, are two very similar types of natural stimulants. The two are so similar that many believe they are merely geographic variants of the same plant. Gotu Kola can be found in Asia, whereas Fo-Ti has its roots in North America. The two share some unique properties and are considered to produce effects of relaxation and anti-anxiety in the user. In addition, the plants have shown some stimulative properties, which lead to their classification as natural stimulants. The plants themselves can be recommended for nervous disorders, epilepsy, as well as senility.
They have also been known to display some other positive functions such as cleansing the blood and treating skin impurities.
Historically, Gotu Kola has constituted a part of traditional Chinese medicine and considered a medicinal herb. One aspect to pay attention to while taking Gotu Kola is that it is highly unrecommended to be taken during pregnancy. In addition, it may raise cholesterol and blood sugar levels. Its effects on the young are also not researched thoroughly, making it less suitable for young children or babies. 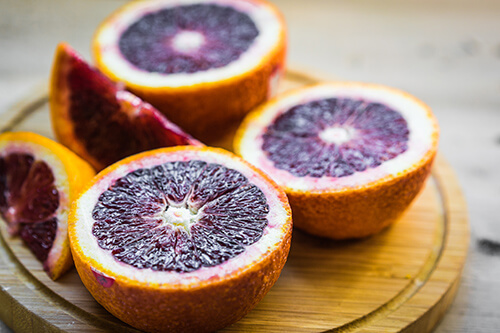 Bitter Orange
As a type of citrus tree, Bitter Orange’s extract has been known to stimulate metabolism rate and suppress appetite. Bitter Orange has been employed in the past as part of herbal medicine. Its active ingredient, synephrine, however, may also be dangerous to the human body if taken in the wrong quantities. Bitter Orange may also be used outside of the medicinal field, in cooking, such as in Southern Indian cuisine or Cuban/Dominican food.
The recommended daily maximum intake amount of Synephrine is 60 mg, divided into three doses. It is not recommended for pregnant or nursing women, and it is advised not to take above the recommend dosage. In addition, individuals with high blood pressure or heart diseases should avoid taking Bitter Orange. 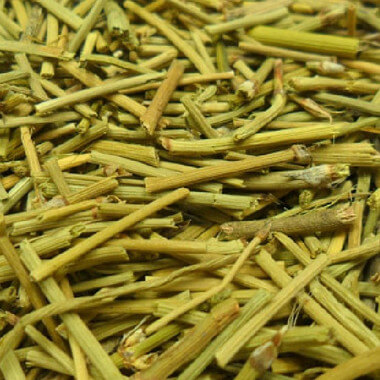 Ma Huang
Ma Huang, known in the West as the plant with the scientific name Ephedra sinica, has been used in traditional Chinese medicine for over five millennia, treating asthma and hay fever, as well as being a universal medicine against cold. The Ephedra sinica is a shrub bearing cones, which reaches 30 to 50cm in height, originally native to China, and which has now spread to the Mediterranean region, as well as to other parts of Earth.
Ma Huang is a stimulant and a thermogenic, i.e., producing heat. It tends to stimulate the brain, increase heart rate, as well as expand bronchial tubes. It also increases metabolism. It stimulates the nervous system and has several noticeable effects on the individual, such as enhancing mood, reducing fatigue, and making the user alert. It may also be linked to increased endurance through its increase of blood flow to the muscles. In general, it is considered a less potent substance than adrenaline, but more useful than caffeine. 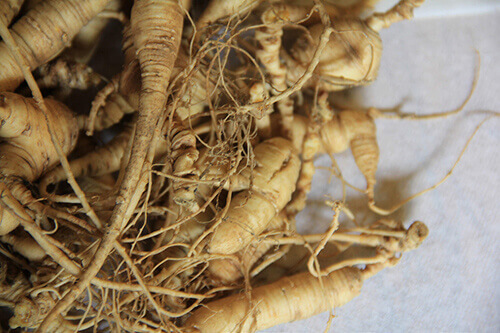 Ginseng
Ginseng is a species of slow-growing perennial plants with fleshy roots. Mostly found in the Northern Hemisphere, in North America and the areas of Korea and Northern China (mostly Manchuria), as well as Eastern Siberia, favouring typically cooler climates.
Both American and Asian Ginseng roots have been traditionally taken orally as stimulants, but also in the treatment of type II diabetes. Ginseng may also be found in some energy drinks marked as tea, in some doses. In general, Asian Ginseng is believed to be much more potent in its stimulating effects than the American variety.
In terms of stimulation, Ginseng has been shown to reduce blood sugar level as well as heighten cognitive performance. In addition, it supports the immune system, while also being also for dieters, as it suppresses the appetite. Ginseng may have several side effects, the most common of them insomnia if taken in too large doses. 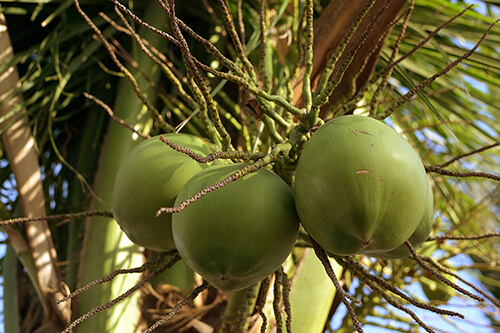 Coconut Oil
Coconut oil, in its organic form, is a stimulant and an energy provider for a short period, being both food and a medicine in one. This oil is extracted from the meat of the matured coconut and has been known as a primary source of fat in the diets of millions of people for generations.
Coconut oil contains significant amounts of saturated fat, making it less recommended for high scale consumption. Instead, a teaspoon of coconut oil may be enough for an evening as a suitable stimulant, without having adverse side effects on the body. 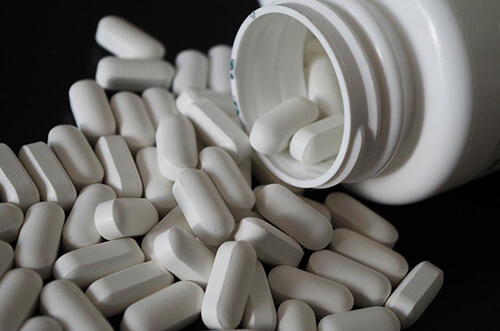 Taurine
Taurine is a type of amino acid which is primarily used to increase athletic performance, energy as well as stamina. In the human body, Taurine is generally found in the large intestine and accounts for around 0.1% of total human body weight.
Taurine occurs naturally in many sorts of food, especially in seafood and meat. It can also be found in many energy drinks and dietary supplements. Taurine has been shown to have a good effect on removing fatty liver deposits, as well as preventing liver diseases. It may also be beneficial for human blood pressure, as well as in combating cardiovascular ailments. There are no known side effects for the intake of up to 1,000 mg of taurine per one kilogram of body weight per day. Typically, one energy drink today contains around 1,000mg of Taurine per serving. 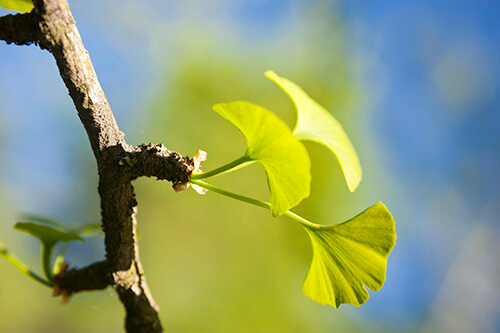 Ginkgo
Ginkgo is a type of non-flowering plants with one extant species, making it a unique species of tree which has no close living relatives. Throughout human history, it has been used in food as well traditional medicine.
Ginkgo trees rise 66-115 feet off the ground, and they are known primarily for the beneficial effect they have on human body circulation. Ginkgo has been shown to be able to increase the oxygen capacity of the blood and improve the mood. While believed to be able to prevent the onset of Alzheimer’s Disease, this has so far not been proved scientifically. However, Ginkgo is known to treat dementia successfully. In addition, it has been shown to improve the vision of people who have normal tension glaucoma.
Ginkgo has been attached to memory enhancement in human beings. It is often used as a memory and concentration enhancer in human beings, with differing studies on its effectiveness in this field.


This post first appeared on E-Nutritions Fitness, please read the originial post: here
People also like
A Guide To Visiting Antigua, Guatemala: The Best 5 Things To Do And See
Vigilante: The spiritual successor to Kung-Fu Master
What would happen to a modern-day Moses in America?
Oskido – Tsa Ma Ndebele Kids ft. Candy