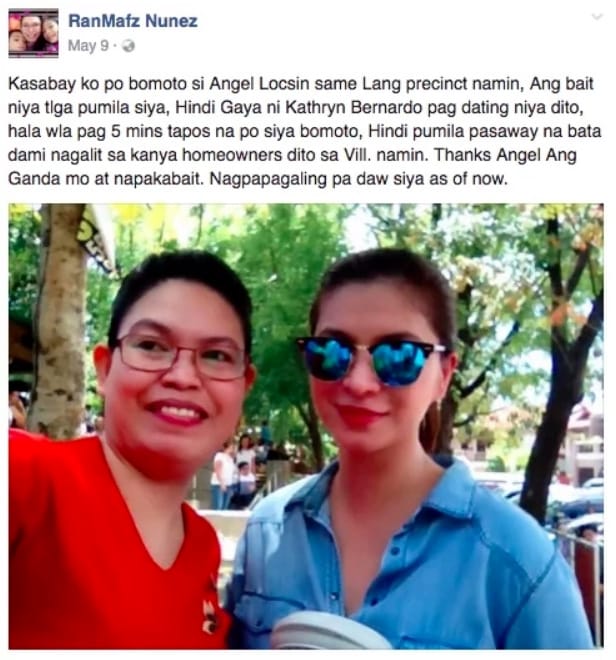 Angel Locsin is one of the most famous stars in the showbiz industry right now. Her journey as a teenager discovered at a shopping center to a full-time actress, model, and even producer is truly inspiring.

Angel Locsin is one of the most famous stars in the showbiz industry right now. Her journey as a teenager discovered at a shopping center to a full-time actress, model, and even producer is truly inspiring.

Angel Locsin started out at GMA Network and since then, she has been a staple TV actress. Under her contract with GMA, she became Darna, Alwina from Mulawin, Sabina from Majika, and many many more.

In 2007, she switched to ABS-CBN and her film and TV careers skyrocketed even more. Besides her sheer talent, hard work, and determination, here are 15 more reasons why her fans love her so much.

Can you believe that Angel is already 31 years old? She turned 31 last April 23.

Whether it is a bikini, a long gown, a Darna costume, or even a casual outfit, she definitely rocks it. It also helps that she’s innately stylish.

Did you know that Aljur Abrenica, Derek Ramsay, Colby Miller, Enrique Gil, and even the new PNP chief Ronald ‘Bato’ Dela Rosa all have a crush on our dear Angel?

Angel can be as tough as the boys as she also enjoys Muay Thai, wrestling, CrossFit, boxing, weight lifting, and even firing.

She has a cute white Bichone Frise with an equally cute name: Pwet-pwet!

7. Not an entitled snob

What people love about Angel is that she’s not a snob. During the last elections, she lined up like any other person would. She didn’t need to be treated as VIP and she even obliged to take photos with fans and even talked to them!

Last year, Angel faced one of her biggest challenges yet: her spine was damaged. This meant that she had to give up the Darna role and that she had to undergo tests, surgeries, and many more that will definitely have an impact on her career. She didn’t succumb to these obstacles but instead pushed through and look at her now!

Her favorite thing in the world is to pop bubble wraps! Artists like Julia Montes even gave her some as a present. She had to stop doing however when she realized that it’s not environment-friendly. She’s just the perfect person!

10. Enjoys playing in the rain

Angel lets her inner child go wild when it rains. She dances and plays in the rain with her friends to de-stress and have fun of course.

It’s always a good time when you get to hang out with Angel and that’s because she’s always real to her friends. Sometimes even too real and candid that she doesn’t care how she looks in the photos.

No matter how famous she has gotten, she hasn’t forgotten her non-showbiz best friend.

13. Loves family more than anyone

Many fans can attest that Angel is a genuine person who likes to mingle with anyone.

She helps the needy in whatever way she can even if it’s just donating blood.