Liquids on the Omad Diet – What can you drink? 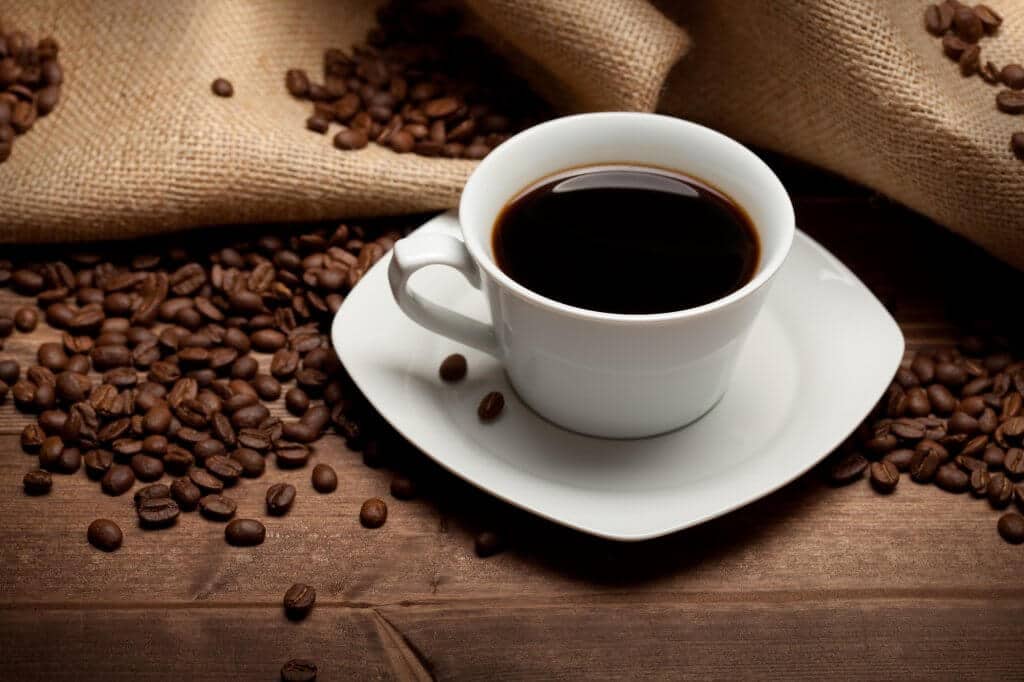 Getting proper hydration is vital not only while doing the Omad Diet but to your well-being.  Even a one percent deficiency can show signs of dysfunction in the body.

But always drinking liquids such as water while doing omad will not give you the benefits of other nutrients.

Highest earning apps use Apple Search…
Tuchel comments under investigation b…
5 Best School Gadgets In 2022
What is an API? A Comprehensive Begin…
Dutchie Pay: Dutchie Launches A Cashl…

One common question is:

What liquids are acceptable/not acceptable while eating one meal a day (omad diet)?

When you are starting the omad diet, knowing what you can and cannot drink outside your eating window can get confusing.

Let’s take a complete look at all liquids and whether they are acceptable or not. 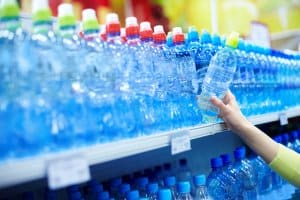 This probably the most underrated liquid that there is.

There is a reason it is called “Mineral” water because of the numerous minerals that it provides as well as calcium.

Every brand will be different as far as calcium levels, but some have as much as 340 milligrams per liter.

One of the hidden or under-appreciated minerals contained is sulfate.

Sulfur is the 8th common element that is contained in your body in terms of mass.  Your body does not use sulfates very well from digesting sulfur.   Therefore, you want to have a greater source than consuming high sulfur content foods.

Other trace minerals in mineral water that are beneficial are sodium, calcium, lithium, and magnesium.  Be sure to check the packaging label for everything it has.

Why I like S.Pellegrino and Perrier Natural Mineral Water

Most importantly the taste!  It’s important to drink something you like the taste of when eating one meal a day.  But not only the taste, both have low sodium, zero calories, and no flavors or artificial colors.

This is often referred to as a healthier option than drinking soda.  It’s just plain water that is dissolved in carbon dioxide.  Drinking carbonated water is not only a good way to stay hydrated on the omad diet, but it can also improve digestion, and relieve constipation.

If you sometimes have a sick feeling in your stomach after your one meal, you might find it helpful to drink a glass of carbonated water.

Increasing fiber can help with constipation relief, but increasing your fluids is just as important.  Drinking Carbonated water with fiber helps the stomach to make regular and normal stools.

These are artificially produced in which pressurized carbon dioxide is passed through water.  These often contain various flavorings and other additives such as potassium bicarbonate, table salt, and sodium bicarbonate. 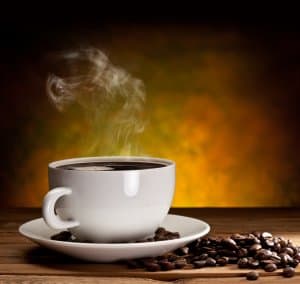 Acts as an Appetite Suppressant

The one thing that coffee can do best on an omad diet is help suppress your appetite.

When you drink coffee while fasting, it makes it more effective.  The caffeine content will have a stronger effect since you are not eating as much.  As a result of this, you will have increased energy in comparison of mixing coffee and food.

The Caffeine content in coffee stimulates a neurotransmitter known as dopamine in your brain.  Dopamine serves a role in your mental and emotional health.  In turn, you get an increased focus which leads to increased productivity. 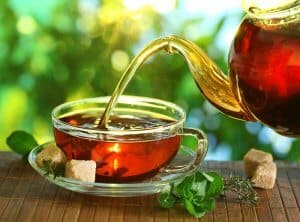 Tea has a large number of nutrients and antioxidants that help the body.  These benefits include fat loss, improved brain function, and a lower risk of cancer.

Unlike coffee, drinking teas can give you hydrating benefits with lower caffeine. The caffeine content will vary with how the tea is brewed, but caffeine tends to be in the range of 15-70mg in one 8 ounce cup.  A single cup of coffee ranges from 80-135mg of caffeine.

The tea below comes highly recommended and offers a large selection of teas that are certified organic. 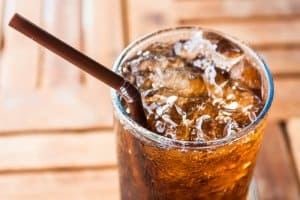 Diet Soda tricks your metabolism so that it thinks it’s getting sugar.  In turn, this causes your body to pump insulin.  This will make you hungrier.  You will crave starchy carbs including pasta and bread and even more sugar.

It will confuse your body

Even though artificial sweeteners in diet soda have no calories, it will trick the body so it thinks it’s getting sugar.  In preparation for this, your body releases insulin for the increased blood sugar.  When your bloodstream contains increased amounts of insulin, your more likely to store fat.  This also leads to a slow down in metabolism which leads to burning fewer calories.

Artificial Sweeteners and obesity are tied together.  There are studies that show an increase of two-hundred percent in people who regularly drink diet sodas.  This is due to chemicals called obesogens.

Obesogens affect the body’s endocrine system.  They cause an estrogen-like compound to be produced.  It causes the natural estrogen in your body to be inhibited.  In turn, this causes a severe imbalance in the body.

Hormonal imbalances can cause thyroid dysfunction, increased fat cell production, and insulin resistance.  These are all the opposite of what you are trying to accomplish with your omad diet.

Some commercial brands of coconut water have a whopping 22 grams of sugar per serving.  This can be more than some flavors of ice cream.  But, even plain coconut water contains 6 grams per cup.

Coconut water is a significant source of sodium.  A plain cup of coconut water has 251 milligrams of sodium.  This equates to 17 percent of your recommended daily intake.  Drinking too much sodium increases your risk of stomach cancer and high blood pressure. 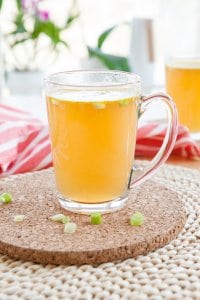 Bone Broth contains high amounts of L-glutamine.  Studies have found L-glutamine to reduce Firmicutes in the stomach which aids in weight loss.

Bone broth that is made from vegetables adds carbohydrates and electrolytes.  There are studies that show that drinking broth can hydrate even better than water alone because of the electrolytes

Because of the high concentration of minerals found in bone broth, many consider it to be a “superfood” that can strengthen the immune system.  Bone Broth Amino Acids like gultamine, cysteine, and arginine have shown to boost immunity in both animals and humans.

Which Bone Broth is Best?

The bone broth listed below is a favorite among many.  It is one of the healthiest on the market and is packed with amino acids and proteins. They only use certified organic ingredients from pasture-raised cattle.  Each batch is slowly simmered for 20+ hours. They also use biodegradable packaging to prevent the release of unwanted chemicals.

Obviously, you wouldn’t consume alcohol outside your fasting window.

But, consuming alcohol on a regular basis inside your eating window wouldn’t be a great choice either for a few reasons.  You want the body to be processing real toxins that keep you well and healthy instead of processing alcohol.

If you choose to consume it during your eating window, make sure it’s in moderate amounts because alcohol is considered a carcinogen and toxic to the liver.

If you choose to drink alcohol during your eating window, here are some better options you may want to consider.  These options include organic white wine, organic sparkling wine, organic red wine, potato vodka, whiskey, tequila, Bourbon, and Grain-based Vodka. 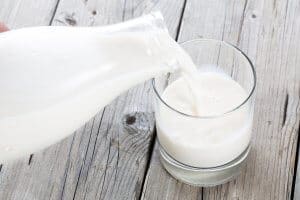 A single cup of white milk has 12 grams of a sugar called lactose.  Lactose gives milk a slightly sweet taste.  Also known as milk sugar, lactose usually makes up between 0-8 percent of milk.

While white milk has a naturally-occurring sugar that is healthy in your diet, the added sugars are sources of calories that offer no nutritional benefit. 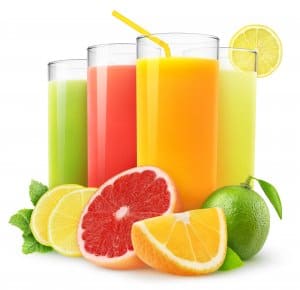 Excess fructose causes insulin resistance which can lead to damage to the liver such as fatty liver disease.  Fructose can have the same effects as alcohol over a period of time. 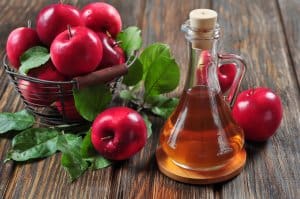 Apple cider vinegar contains acetic acid, which increases your metabolism, reduces water retention, and helps suppress the appetite.  Some scientists also have a theory that it combats your body’s digestion of starch. This leads to fewer calories that enter the bloodstream.

Vinegar has shown a number of benefits in levels of blood sugar and insulin function.  These benefits include insulin sensitivity reductions in ranges of 19-34% in meals that were high-carb.  Taking two tablespoons of ACV has also been shown to reduce blood sugar by at least 4%.

Braggs is a certified organic raw vinegar.   Their apples are organically grown and they are processed and bottled within USDA guidelines.   It also comes rich in potassium and enzymes. 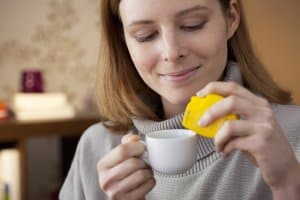 It’s very important to look at the nutritional label in anything that you wish to drink to check for unwanted sugars or calories.

The post Liquids on the Omad Diet – What can you drink? appeared first on Omad Diet.

This post first appeared on Omad Diet - Eating One Meal A Day, please read the originial post: here
People also like
Highest earning apps use Apple Search ads
Tuchel comments under investigation by the FA
5 Best School Gadgets In 2022
What is an API? A Comprehensive Beginner’s Guide And Mini Tutorial
Dutchie Pay: Dutchie Launches A Cashless Future For Cannabis
5 “Inexpensive” Food Storage Proteins AND Recipes
Frizzy Hair in Men: 4 Tips to Tame It (Causes & Prevention)
5 countries that are famous for their vegetarianism

Liquids on the Omad Diet – What can you drink?

Subscribe to Omad Diet - Eating One Meal A Day