Most organisms need oxygen to grow and develop, even cancerous tumors. That’s why in the absence of oxygen, tumors can easily grow new Blood Vessels, creating a new lifeline for survival.

In a new study, researchers from Scripps Institute and Nankai University in China have pinpointed the molecular mechanisms that make this happen, and provided scientific insights, making it possible to develop drugs that help kill tumors and prevent their spread in the body. The related research results were recently published in the journal PLoS Biology with the title of “Phosphorylation of seryl tRNA synthesis by ATM / ATR is essential for hypoxia-induced angiogenesis”. The corresponding author of the paper is Dr. Xiang Lei Yang, Professor of molecular medicine, Scripps Institute.

Yang said the findings may also lead to the design of new interventions to promote healthy blood vessels in patients with heart disease and other diseases.

“We have identified a key regulatory step that drives vascular development in hypoxic tissues, ultimately creating a more complete picture of a complex process that enables cancer to adapt and survive,” Yang said, “By blocking this process at the molecular level, we found that it is possible to inhibit tumor growth”.

Over the past decade, Yang and her team have published several key findings of how cells produce blood vessels, delving into previously unknown roles of genes that regulate this function. Previous studies have involved genes called c-Myc and HIF-1, which promote vascular development and are closely associated with cancer.

In this new study, Yang’s team studied the negative regulators of vascular growth – or proteins that turn off this function – to find out what causes them to become inactive when tissue is hypoxic, which is what happens in solid tumors. 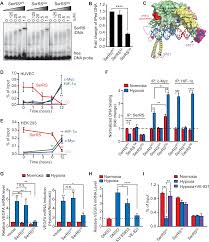 Their main concern is an enzyme called Serrs (seryl-tRNA synthetase), which is usually found in gelatinous substances in cells. There, SERRS began the first step in making new proteins. However, the enzyme also exists in the nucleus and performs a completely different but crucial task: limiting unhealthy vascular growth by inhibiting the functions of c-Myc and HIF-1.

In this study, Yang’s team found that SERRS can be “silenced” by ATM / ATR proteins, which control DNA damage response, and these proteins are activated when tissue is exposed to hypoxia. When this happens, new blood vessels can grow uncontrollably and tumors can flourish.

By conducting experiments involving mouse and human breast cancer cells, Yang’s team confirmed that they could successfully reduce tumor growth by blocking the effect of ATM / ATR on SERRS.

It’s worth noting, Yang said, that SERRS is part of an evolutionarily old family of enzymes called tRNA synthetases that begin the process of making proteins, which in turn form essential components of blood, skin, bone, and other human life. The results of this study suggest that SERRS has evolved additional functions in addition to making proteins.

“It’s possible that SERRS regulate more than just vascular development,” Yang said, “This is a convincing finding, which opens the door to further study how extensive its effects on the human body maybe”.