In a new study, researchers from Johns Hopkins University in the United States found that as a special protein that cleaves other proteins, Rhomboid proteases can break the “cell speed limit” as they pass through the cell Membrane. Rhomboid Protease does this by distorting their surroundings, allowing them to slide quickly from one end of the cell membrane to the other. The results of the study were published in the issue of Science, entitled “Rhomboid distorts lipids to break the viscosity-imposed speed limit of membrane diffusion”.

Best Gaming PC Build for 1080p: Under…
What are the medical equipment requir…
Invader Zim Film Conquers Netflix In …
OPINION - Shields and Brooks 12/7/201…
Vitamin B3 or PP: 10 Best Foods Rich …

The cell membrane is the phospholipid bilayer that surrounds the cell and forms the boundary separating the inner and outer worlds of the cell. Nearly one-third of the genes in the human body encode the proteins needed to establish this boundary, making it a very crowded place that is difficult to pass through.

The author of the paper, Dr. Siniša Urban, Professor of Molecular Biology and Genetics at Johns Hopkins University, used a chemical that illuminates the rhomboid protease to label individual rhomboid protease and found that they are moving much faster than they should. 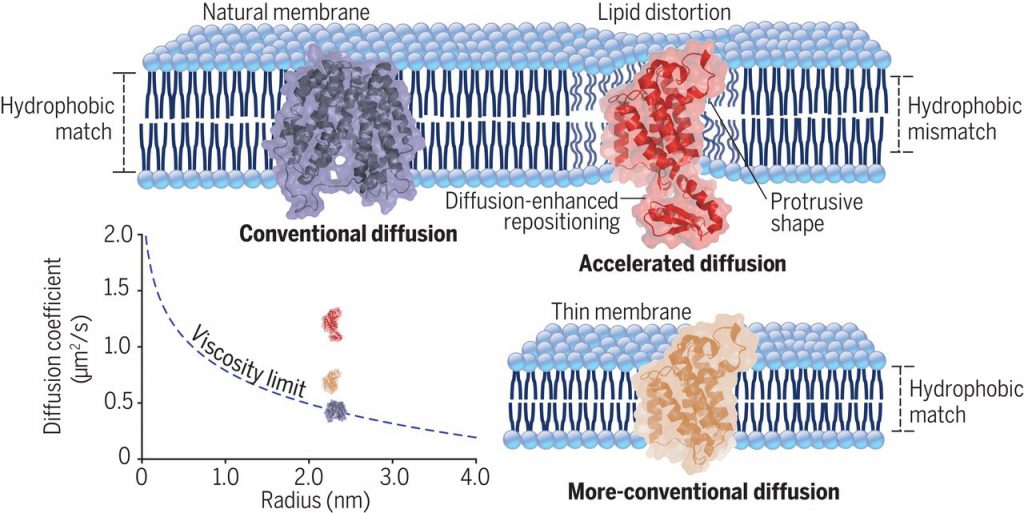 In the 1970s, scientists have discovered that the rate at which proteins pass through the cell membrane follows a mathematical equation called the Saffman-Delbrück viscosity limit. It takes into account the size and shape of the protein and the thickness or viscosity of the liquid through which the protein flows.

In this new study, Urban and its team found that the rhomboid protease does not slowly move through the cell membrane, but moves rapidly, moving at twice the speed predicted by the Safman-Delbrück viscosity limit equation.

By studying the diamond-shaped protease more closely, the Urban team found that they interacted with the lipid in the cell membrane and changed their shape as they moved. These lipids become less viscous, allowing these larger rhomboid proteases to slip past.

Why do some proteins need to move quickly? These researchers believe that the ability of the rhomboid protease to produce this ability may be due to their ability to rapidly cross the cell membrane in order to find targets for cleavage. Some of these targets must be rapidly released from the cell membrane in response to changes in conditions to provide real-time signals to other cells. Other enzymes in the cell membrane are likely to also need to quickly find their targets, so understanding how this happens in the rhomboid protease will help scientists understand more about these proteins and their role in disease.

The rhomboid protease is found in almost all life forms of cell membranes on Earth, and scientists are investigating this enzyme superfamily as a potential target for the treatment of parasitic infections, cancer, inflammation, and neurodegeneration.

Vitamin B3 or PP: 10 Best Foods Rich In Nicotine cid

How to get rid of cold

IsaLean Review: Don’t Buy Before You Read This!