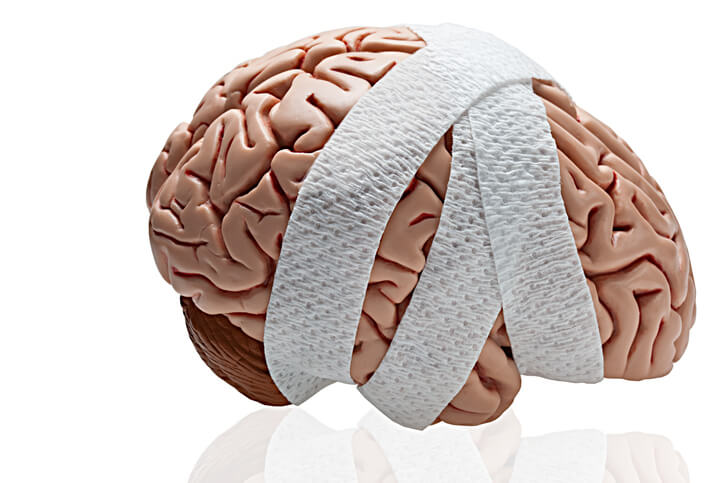 Football is America’s favorite sport to watch. Between 2016 and 2018, the average TV  audience for a regular season NFL game was approximately 15 million viewers. And the Super Bowl - the final game of the football season - attracted over 100 million viewers over the past five years.

‘The Angry Cabbage’. A Vegetable Rese…
12 tips to Overcome Frustration and A…
A guide to male enhancement – Tacklin…
Bitcoin Price took a Crazy Dive to $7…
Incidence and Prevalence of Top 5 Eye…

But according to legendary sportscaster Bob Costas, America’s favorite game destroys people’s brains. Specifically, Costas is reported as stating the following: "The issue [in sports] that is most substantial -- the existential issue -- is the nature of football itself...The reality is that this game destroys people's brains -- not everyone's, but a substantial number. It's not a small number, it's a considerable number. It destroys their brains."

Costas’ criticism of the sport resulted in his departure from NBC, and he was essentially dethroned as one of television’s biggest sportscaster and television personalities.

Now there is no dispute that football can be dangerous. Reportedly, brain injuries account for 65% to 95% of all fatalities in football. Moreover, football injuries associated with the brain occur at the rate of one in every 5.5 games.

Management, players and fans are all aware of the danger. But in my opinion, the real issue to be addressed is the steps the NFL can take to make the game more safe because at some point in our lives, we will all participate in dangerous activities. However, if we identify and address the risks associated with those activities, we are less likely to suffer the consequences from them. And some of these dangerous activities may include sports like rock climbing, race car driving, golf or even hiking. So merely denouncing the sport without offering solutions to ensure that the sport is more safe does not address the problem.

Examples of Ways We Can Be Proactive About Football Brain Injuries?

The NFL has been reported to utilize “considerably more equipment than concussion prevention in soccer, where concussions are likewise a serious concern.” The helmets and mouthguards have been improved to enhance the safety of the players. However, according to many, including the experts at Rothman Orthopedic institute, these “protective equipments are not enough to protect the players from Brain Injury such as concussions and the risk of chronic traumatic encephalopathy (CTE) - a brain condition associated with repeated blows to the head.”

“While helmets and other protective equipment can prevent more traumatic head injuries, such as skull fractures, they cannot reliably protect against concussions. Studies have shown that football helmets on average only reduce the risk of Traumatic Brain Injury by approximately 20%. Utilizing a concussion prevention headband may likewise reduce risk, but not significantly enough to be considered a sufficient means of football concussion prevention. Research determining the relative effectiveness of various football safety equipment has been largely inconclusive.”

“A neck that is stronger, thicker or aligned in a forward posture -- with the ears ahead of rather than aligned with the shoulders -- may reduce the amount of energy transferred to the brain during an impact, thus reducing the risk and severity of injury," said one of the study lead authors.

“Based on their findings and the clinical judgment of the research team, the Rutgers researchers developed recommendations that physical therapists and athletic trainers can use to protect athletes,” according to one report discussing the research.

Physical therapists and athletic trainers should have their athletes undergo a cervical spine assessment as part of a pre-athletic participation exam. This is essentially a pain test. If pain is present before injury, this may increase risk of concussion. And if the pain is assessed before participating in sports, the athlete can be proactive by doing exercises that increase neck strength. Neck pain may be alleviated by increasing neck strength. It is recommended that when you are first learning neck exercises, you do them with the assistance of a competent professional.

Most people who have concussions can recover without any long-term health consequences. But with sports like football and boxing, where athletes may endure multiple concussions throughout their careers, the consequences can be much more serious.

According to one report, “...the more concussions you get, the more likely you are to suffer long term consequences, especially if you don’t give your brain enough time to heal between injuries.”

If you experience traumatic brain injury, your brain is going to endure some inflammation and oxidative stress (OS). These issues can be greatly diminished through diet and nutrition. Research has shown that incorporating certain nutrients, like vitamins and minerals, into the diet may mitigate the long-term consequences of traumatic brain injury.

Other nutrients that may help include omega-3 fatty acids and sulforaphane. Sulforaphane is a compound found in foods like brussels sprouts, broccoli, cabbage, cauliflower, kale, turnips and radish.

As always, it is highly recommended that you get a comprehensive nutrient test in order to detect any nutrient imbalances.

Be Proactive with Kids

Of course, concussions can happen to kids even if they are just playing in the playground. If your child endures a concussion, this report discusses how most kids can recover within a day or two. It is important to have the child rest, stay away from electronics and homework. You do not want to overexert the brain after a concussion.

The above report also discusses the CDC’s new guidelines (for children) and recommends “earlier reintroduction to regular activities that do not worsen concussion symptoms (light activity after two to three days), rather than eliminating physical or cognitive exertion until all symptoms have resolved – which was the previously-held belief and a widely-used practice among medical professionals.”

“For those of us in the neurological profession, it's encouraging to note that the guidelines recommend that children who have experienced concussion and have symptoms that aren't improving should be referred for specialty-level evaluation and treatment to address symptoms.”

Clearly, the best way to prevent or limit the damage to the brain caused by football is education.

Let’s educate ourselves so we can enjoy football and a healthy life!

The pH professional health care team includes recognized experts from a variety of health care and related disciplines, including physicians, attorneys, nutritionists, nurses and certified fitness instructors. This team also includes the members of the pH Medical Advisory Board, which constantly monitors all pH programs, products and services. To learn more about the pH Medical Advisory Board, click here.