Cellular respiration is a metabolic process that takes place at the cell level in both plants and animal cells. It is the chemical process used by cells to unlock energies stored in starch into usable forms.

Hampton Cannabis Expo Founder Gary Bi…
Algorithmic Accountability Act: What …
How to Help Your Husband Get On Board…
Double Celebration As Actress, Mimi O…
Frizzy Hair in Men: 4 Tips to Tame It…

Remember during photosynthesis they convert light energy into starch which is then stored for future use. Cellular respiration is more intense for indoor plants where they’re under the led grow lights influence.

The thing is plants are unable to use the energy stored in the starch. It must find a way of breaking down this starch and converting them into adenosine triphosphate before they can use it. Note that plant and animal cells can only use power in the form of ATP.

Why Plants Store Energy as Starch

I can imagine you wondering why they have to go through all the trouble of converting and storing glucose as starch in the first place when they can just use them directly.

The fact is, during photosynthesis they produce excess food; of course, they utilize some but what happens to the unused ones? They simply store them. You see, there is no waste in nature; hence they have evolved a mechanism of converting this remaining strength into a form they can conveniently store.

So once plants need energy, they merely reconvert the stored strength into usable forms. This cycle is what is called the cellular respiration.

The mechanism involved in plant-energy cycle is grouped into photosynthesis, and cellular respiration and they are entirely opposite chemical reactions.

During photosynthesis, plants utilize light, water, and carbon dioxide to produce sugar and Oxygen. While during cellular respiration, plant breaks down glucose to form ATP and in the process give off carbon dioxide and water.

Cellular respiration is broadly categorized into anaerobic and aerobic.

How Do Plants Carry out Cellular Respiration?

Before the plant cells can utilize the energy stored in food, they must undergo a three-stage process, which includes glycolysis, the Krebs cycle, and electron transport chain.

Let’s take a look and see what happens at each stage of the procedure: 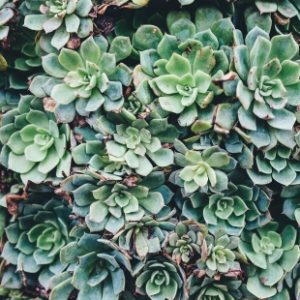 The glycolysis stage is also known as the anaerobic part. This means it takes place in the absence of oxygen.

During glycolysis, the plant cells convert the stored glucose into pyruvate compound, and this technique occurs in the cell’s cytoplasm.

The final product of this stage is a little ATP and other intermediary compounds for the next phase. There are over ten chemical reactions that occur during glycolysis.

The Krebs’s cycle is part of the aerobic aspect of the process that occurs in the presence of oxygen.

This multi-step process is also known as the citric acid or tricarboxylic acid cycle.  The Krebs cycle occurs in the mitochondrion of a cell – Mitochondria is the powerhouse of cells – where the pyruvate compounds produced during glycolysis are converted into high-intensity yielding molecules of ATPs and other compounds.

The Electron Transport Chain is the third and final stage. All along this step, the bulk of all the ATPs needed by the cells is generated. This process also involves series of protein complexes and electron carrier molecules. A total of 32 ATP molecules are produced during electron transport chain, hence providing the cells with sufficient supply of energy.

Cellular respiration transfers energy from organism to organism, through the biosphere. The most basic source of energy is the sun, as it provides the light energy in photosynthesis, which is then converted to stored chemical energy that is eventually used by an organism to carry out its life processes.

Cellular respiration is the most vital biochemical pathway to life. And now you understand how it works.

We hope that this article has been very insightful and will help you learn about cellular respiration in an easy way. We hope you’ve enjoyed this.