4 Best Adaptogen Herbs To Beat Stress, Anxiety & So Much More 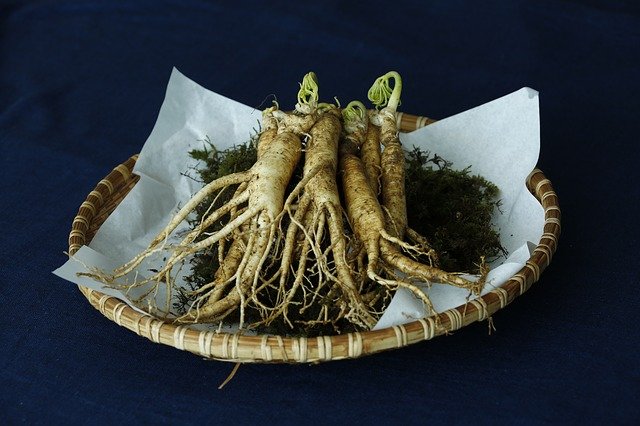 A unique class of healing plants, adaptogens are natural substances touted for their ability to balance, restore, and protect the body. But unlike other medicines, adaptogens don’t have a specific action, rather, they respond to any influencer or stressor wreaking havoc on the mind and body. There are 16 proven adaptogenic herbs, and research has found them to have some incredible healing benefits by way of normalizing your physiological functions. Here we look at five of these healing plants, known for their ability to Beat Stress, anxiety, heart conditions, cancer, brain fog, and more.

Likely the most well-known of the bunch, Ginseng is believed to be the most powerful of the adaptogenic herbs. There are two types of ginseng: American, or Siberian ginseng, and Asian, or Panax ginseng. Here, we refer to the Asian varietal, since the American ginseng cannot be used for medicinal purposes until it’s at least six years old, and because it’s over-harvested, it’s considered endangered in the wild, and is expensive to buy.

Asian ginseng is beaming with healthful qualities, including its ability to lower cholesterol levels, provide anti-hypertensive effects that protect against heart failure, lower the risk of stroke, increase alertness and improve thinking, and reduce the occurrence of cold.

Along with preventing stroke, research has found that, thanks to its antioxidant and anti-inflammatory properties, ginseng can decrease the damage of stroke if one should occur.

The University of Maryland Medical Center found Asian ginseng to “improve performance on such things as mental arithmetic, concentration, memory, and other measures.”

Often referred to as Indian ginseng because of its ability to enhance stamina and relieve stress, ashwagandha has been used in Eastern medicine for thousands of years, and is very popular in Ayurvedic medicine. Called the “strength of the stallion” due to its ability to strengthen the immune system after illness, this herb is great for anyone looking to restore energy, look younger, and reverse disease.

A 2012 study found that, when menopausal women supplemented with this herb, they showed a

significant reduction in improvements of common symptoms like irritability, anxiety and hot flashes.

Research has also found it to be an effective herb for the support of brain health thanks to its powerful antioxidants. Studies suggest its vitamin E, C, and beta-carotene are noteworthy antioxidants in the fight against Alzheimer’s disease.

Also referred to as tulsi, holy basil is a member of the mint family known for centuries to promote better health. Revered among the Ayurvedic community, it is known for its ability to treat fatigue, beat stress, treat acne, manage blood sugar, and protect against cancer. 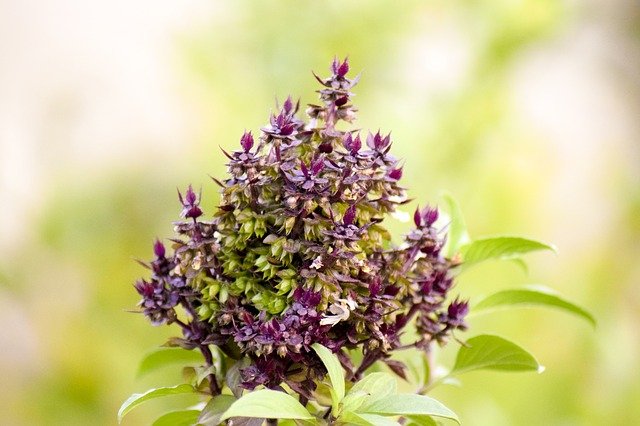 Commonly used for skin care, holy basil was found in a 2006 study, when compared with three different kinds of Thai basil oil in the treatment of acne, to be the most effective against acne-causing bacteria.

Multiple studies have confirmed that it can help reduce or maintain blood sugar levels as well.

Known for its intense flavor thanks to the glycyrrhiza found in this adaptogen, licorice root is most notably used in candy, tobacco, teas, and chewing gums. But its also a medicinal herb that can increase energy and endurance, boost the immune system, and protect the thymus from being damaged by cortisol. 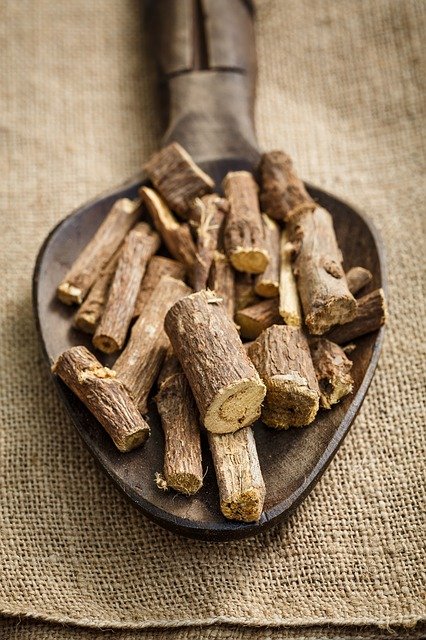 This powerful substance is a very potent compound for acne thanks to its glycyrrhizic acid, which can lower testosterone levels, and significantly inhibit androgen stimulation of the sebaceous glands, resulting in less oily skin and clogged pores. One in vivo human study found that, when 7 healthy men were given 7 grams of a commercially sold licorice candy which contained 0.5 grams of glycyrrhizic acid, after just four days, their total testosterone levels decreased by nearly 45 percent.

4 Best Adaptogen Herbs To Beat Stress, Anxiety & So Much More