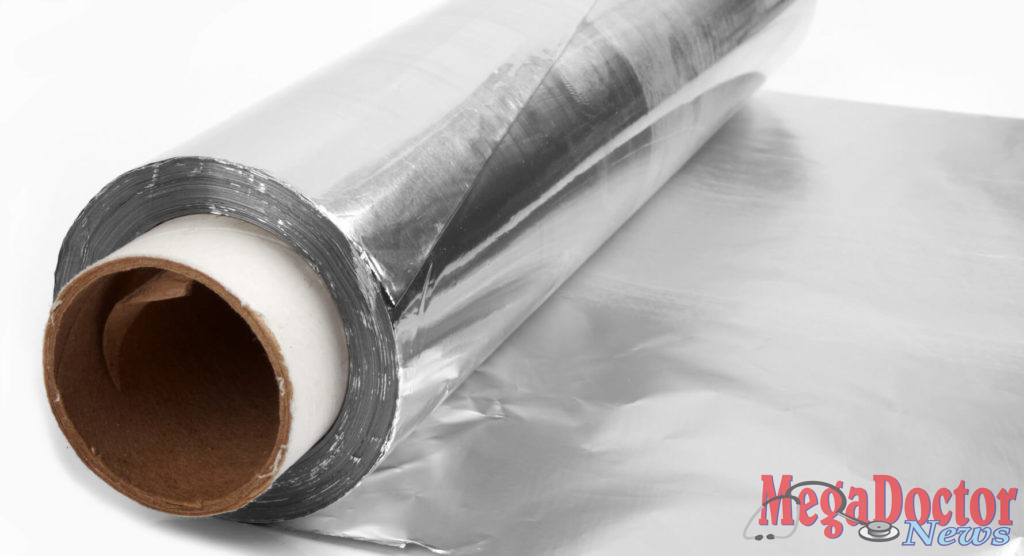 Believe it or not, every time you use Aluminum Foil in the kitchen, it’s seriously harming your health. Here are three reasons to keep aluminum foil out of your kitchen, and some healthier alternatives to use instead.

Best Manual Coffee Grinders to Boost …
#PrideMonth
How To Choose Best Baitcasting Reels?
Two strikes against me and the day is…
Trinitarias Carpet – The Mystery Unfo…

1. Aluminum foil is a neurotoxin

has long been scrutinized by the scientific community for its potential role as a neurotoxin. Researchers maintain that, due to the fact that aluminum has no physiological role in the human body, it has the potential to cause significant detrimental effects when consumed.

This theory was unequivocally proven when a 2014 study showed that a 66-year-old man who died with Alzheimer’s disease had significantly elevated aluminum content in his brain, following eight years of occupational exposure. While the study noted that it was the respiratory system that was exposed to aluminum dust, we now know that there is a direct link between aluminum ingestion and Alzheimer’s disease, a debilitating neurological disorder.

The fact also remains that aluminum foil is not fully inert; food cooked or prepared in it has been shown to have significantly higher levels of aluminum than if they were prepared in another medium. The takeaway is simple: aluminum foil has the potential to cause neurotoxic effects, including Alzheimer’s disease.

Research shows that aluminum from sources like foil can increase a person’s risk of developing disease. A study that examined the effect of hemodialysis, which causes of aluminum in the blood, found that 37 percent of dialysis patients had developed bone disease. The study proponents concluded that “long-term oral aluminum intake in hemodialysis patients results in a high prevalence of bone disease.” It was theorized that aluminum either directly or indirectly impacts osteoblast production, which in turn leads to bone wasting. The key here is that little statement about “long-term oral aluminum intake.”

aluminum foil to prepare, store or cook food can increase a person’s risk of developing pulmonary fibrosis, a form of lung disease. A study that performed lung tissue analysis of nine workers exposed to aluminum oxide found alarmingly high levels of aluminum in the lung tissue. These levels suggest that aluminum exposure contributed to their development of pulmonary fibrosis.

While aluminum foil might not contribute to lung disease at the same rate as breathing in aluminum oxides, there is still a very real risk that cooking with aluminum foil may cause pulmonary fibrosis and other diseases of the lung.

Why aluminum may be leaching into the food you eat:

In a 2012 study, a faculty of the engineering team from the University of Ain Shams in Cairo examined the different ways in which aluminum foil and other cookware interact with food. Leaching of harmful aluminum compounds was by far the highest when acidic foods like lemon juice or tomatoes were coming into contact with aluminum foil, and this was often further exacerbated by the use of spices.

In essence, aluminum foil is not inert. When exposed to certain foods, it has been shown to leach a portion of its metallic compounds into the food, whereupon people ingest it. From here, it can build up in the blood, muscles, and organs and contribute to all manner of health problems. Science is only just starting to understand just how negative these consequences may be.

In simple words, keep aluminum foil out of the kitchen, and well away from the food you eat. Here are some healthier alternatives for cooking and storing your food that won’t have any ill health effects.

Use glass storage containers, because it is completely inert and doesn’t transfer any harmful chemicals or metals into food, no matter how acidic they are. For cooking simply use a ceramic dish with a lid. The effect is exactly the same, it’s just that ceramic doesn’t leach compounds into our food! And for baking, I either use glassware or high-quality silicone bakeware that doesn’t require any sort of lining.

How To Choose Best Baitcasting Reels?