A Brief Study on the Effectiveness of Flashing Light, Which Stimulate the Brain

Everyone knows that a flickering light causes mysterious visual hallucinations and alters the state of consciousness. From the mid-1930s, various learned scientists discovered that the electrical rhythms inside the Brain imbibed the rhythm of a flashing light stimulus, through a process known as entrainment. In the 1940s, an eminent neuroscientist Gray Walter found that a flickering light stimulation has the ability to change the brain wave patterns of the entire cortex.  Following such notable experiments and discoveries, several audio-visual devices have been developed to entrain brain and its wave patterns.

How To Break Free and Overcome Addict…
Stock market plunges on virus fear
The Top 3 Secrets to the Female Orgas…
How to Develop an Educational App?
Best French Press Travel Mugs for Tas… 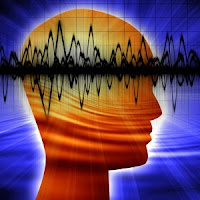 The eyes are nothing but an extension of brain. The visions that one receive are always intimately connected with the central nervous system, thus the brain. Visual stimulation therapy is nowadays widely practised by myriad professional psychologists to treat insomnia, mind expansion, stress management, accelerated learning and retention, phobias, anxiety, sports training, along with promoting physical wellness.
What Studies Reveal About AVS?

At present, the Laxman developed by Neurotronicsis the latest audio-visual mental system used to curb excessive stress and facilitate better concentration in people. The effect is based on clinically proven brain wave generation principle, which combines the effects of light and sound in a beautiful way to ensure the users an altogether extraordinary experience. The principle on which the Laxman works is based on an audio-visual stimulation, also widely known as AVS. During the year 1950-60s, several studies focused their attention on the ability of AVS to induce relaxation and hypnosis (reviewed in Morse, 1993). Other researches have been carried out to reveal how effective AVS can be on reducing pain in patients (Solomon, 1985; Anderson, 1989; Shealy, Cady, Cox, Liss et al., 1990), treating dental anxiety (Morse, 1993), premenstrual syndrome (Noton, 1997), fibromyalgia (Mueller, Donaldson, Nelson& Layman, 2001) and for relieving the cognitive dysfunctions related to closed head injury (Montgomery, Ashley, Burns & Russell, 1994) and strokes (Russell, 1997; Rozelle & Budzinski, 1995). Also, Micheletti (1999) found AVS alone can be very influential and effective in improving cognitive and behavioural measures, by doing a study of 99 ADHD children. Carter and Russell (1993) too reported significant improvement in cognitive and behavioural functioning, by keeping a close watch on the disabled boys.
How Light Waves Can Ensure Calmness Around?
The significance of light is enormous, when talking about health in general. If insufficient amount of daylight can cause seasonal affective disorder then just imagine what an effect it can produce on humans! Thanks to modern innovations and technological modifications, flashing light can now be used to treat a wide range of disorders, ranging from mild psychological disorders to severe behavioural conditions. Psychotherapy now got a new definition in the name of Photic Stimulation, and the Laxman is an advanced device, which uses photic stimulation to soothe your senses and relax your mind. The calmness that you finally feel is emanated by an alteration of the brain wave patterns. These alterations cause variations in emotions and moods.

Human brains are composed of billions of brain cells, also called neurons. These neurons, when collectively trying to send signals generates a massive amount of electrical energy in the brain, which can be detected by EEG (Electroencephalography). EEG is basically an electrophysiological method of monitoring, which is largely used to measure electricity levels emanating through scalp. Recent studies have revealed that AVS radiates a wide range of EEG frequencies, beyond the primary sensory cortices, and outside of the frequency of stimulation. With the help of low-frequency theta AVS, Dieter & Weinstein (1995) depicted a substantial reduction in "mean activity" in frontal, central, and parietal regions, besides occipital regions. Some scientists also have suggested that EEG coherence biofeedback vibrations could be put to use to normalize the coherence deviations found in dyslexic and head injured subjects (Evans & Park, 1996; Hoffman, Stockdale, Hicks & Schwaninger, 1995).
How Mind Machines Boosted Sports-related Activities?
Besides treating psychological and physical disorders, sporting performances have witnessed significant improvements, thanks to super-efficient mind machines. For example, at 2012 Light and Sound Mind Machine Awards, Rayma Ditson-Sommer, Ph.D got awarded for VIT (Vibro-Neuro Integration Technologies) for being the best Mind Machine for sports training.  So, channelling brain waves in the right direction doesn’t only guarantee better psychological performance but also improved physical stamina, as users can efficiently concentrate and practice well.
Also note, since the 1996 Atlanta Games, more than 40 medals have been won by Olympians using Dr. Rayma Ditson-Sommer's Focus Training mechanisms. 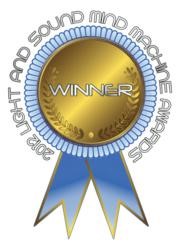 So did you have fun reading these interesting facts? If you did and would like to read more, please leave a comment/like this post. Also come join us on facebook

A Brief Study on the Effectiveness of Flashing Light, Which Stimulate the Brain