This is my second to last Deployment-related post! All we have left to share is a fun video.

I had quite a few requests on how to juggle life with small kiddos while your partner is away on a deployment. Doing the solo parenting thing is no joke, but really once you find your groove, you get into a routine and it’s ok! I feel like it’s worth mentioning (again) that I was very fortunate to be around family during this deployment. I know it’s not always the case, but these are all things that would have helped if we stayed in Valdosta. 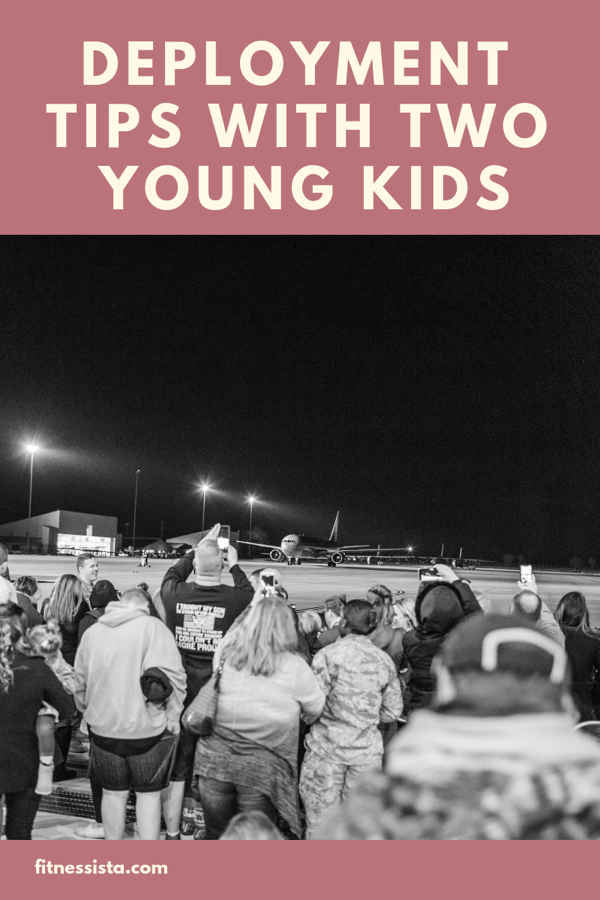 Here are some of the things that helped me deal with a deployment with two kids:

Ditch the countdown calendar. While he was gone, I didn’t want it to feel like we were just counting down until he was home. I didn’t want the girls to feel like we were waiting for something constantly and not be able to enjoy the moments. So we talked about when dad would be home (after Liv’s birthday), but never had an official countdown. I never focused on how long he’d be gone, but instead I tried to pump them up for things to look forward to along the way. We also enjoyed talking with him whenever possible + putting together his care packages.

Plan something fun each month. This is probably my #1 tip. Each month, we had something really fun to look forward to, whether it was a trip to Disney or San Diego, a holiday-related celebration (we celebrated every single major holiday and birthday while he was gone), or a show (like Music Man or Disney on Ice).

Take care of yourself, too. This one was definitely challenging, but something I tried to do while he was gone. For me, the major one is getting in my workouts because they help with my anxiety and make me feel good. Sometimes that meant paying a babysitter so I could lift some weights before working, but it was worth it. I booked a massage while he was gone (which was heaven) and a glorious spa day at Miraval. It’s really easy to get into the “mom is the only thing I do and am” mentality because it’s really ALL YOU, but taking a little time to watch a show I loved, planning nights with girlfriends, and being a little easier on myself was worth it.

Do things you wouldn’t normally do. I mentioned in a recent post that we had breakfast for dinner a lot! We also dined at restaurants more often, and for the last 2 months of deployment, I let the girls sleep in our bed every night. I wish I would have done that sooner because we all sleep better! (The rule is usually that they have to fall asleep in their room, but can come in during the night if they don’t wake us up. For the last Couple months of deployment, I let them fall asleep in our bed and it was so much more peaceful. Now we’re working on UN-doing the fact that I let them sleep in our bed for so long, but in the moment, it was all about survival mode.)

Put together packages to send to your loved one. We had a lot of fun putting packages together to send to the Pilot. We’d send funny cards, the girls would draw pictures, and we’d include his favorite snacks and candy. Some of the things he requested: protein powder, jerky, gum, good coffee, trail mix, bars, and his favorite sweet treats (Swedish fish, Reese’s, sour watermelon candies, Milano cookies, etc.). We also sent him comfy jersey pajama pants, a heated blanket, a neck massager, and fun things to share with the guys at work, like a drone that they ended up flying around (they just covered the camera with tape), a sloth shooter, and Nerf guns.

Reap the benefits of technology! We are so fortunate to live in a world where WiFi connects us across countries. Since he had access to WiFi (which isn’t always the case. I feel very thankful that they had access to this!), we could video or voice chat through Facebook, and we’d send video messages through Marco Polo. I’m also SO, so thankful to the USO for their program that allows deployed service members to read to their children. He had some opportunities to go to their office, pick out a couple of books for the girls, and they’d record him reading the books. They’d send us the USB cards and the books for free, along with a little note from him. You guys. These digital storytimes were pure treasures. The first time we opened one and he popped up on my computer screen holding the same book that we held in our hands, it was everything in my power to not cry my face off. It was really special. He sent 4 or 5 different rounds of books over the 7-month span, and each time we watched one of these videos, the girls were glued to the screen. He’d also ask them questions while he was reading and they’d answer back, which was the cutest ever. 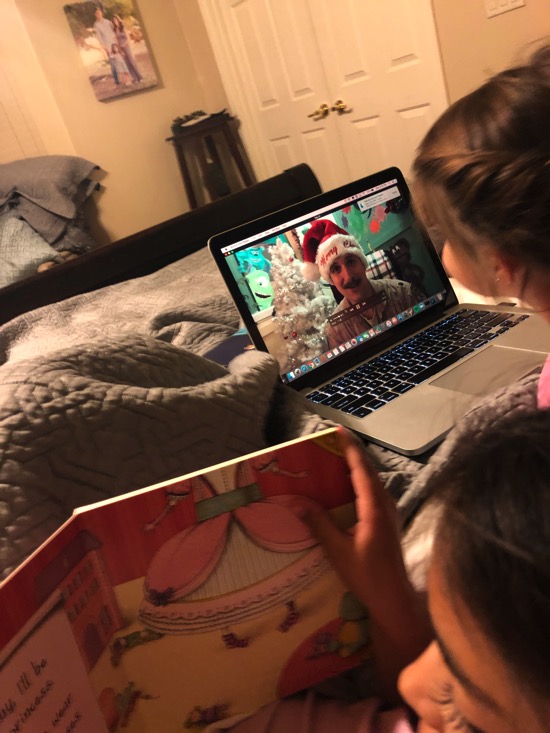 Surround yourself with support and love to get you through the loneliness. I feel like whether you choose to go home or stay near your duty station (like I have previously), it’s so important to have a support system in place. Make sure you have childcare lined up, don’t feel like you have to do everything on your own, and plan activities with other people who are either compassionate and fun, or know exactly what you’re going through. This is what makes or breaks the deployment experience, and each time he’s been gone, I’ve been beyond thankful to have an incredible support system around me.

Some of the things that were challenging:

– Getting in all of my work stuff finished. Even with childcare a couple of times a week, many times I felt like I was struggling to complete the bare minimum in this space. I had to stay in bed with the girls until they fell asleep (we’re working on changing this), and P is a major night owl, so it was tricky. If I had loose ends to finish up for work, sometimes my work evening wouldn’t start until 10 or 10:30pm. That was for real. Thankfully, the Pilot is home and we can tag-team the bedtime duty. I felt like I dropped the ball a lot over the past 7 months and many times, I was just doing everything I could to create content and stay afloat. I just want to say thank you so much for reading and for sticking around. I don’t feel like I was the best blogger over the past 7 months… almost all of my energy was spent trying to be a great parent to our girls without my partner/best friend/love of my life around.

– The long days. When the Pilot was home, I could count on him to take over for a bit at the end of a day filled with meals, clean up, drop-offs, pick-ups, and after-school activities. During a deployment (or ever a long TDY, like when he was gone for 5 weeks last spring), the evening routine feels you feel like you’ve been handed a 5k at the end of your marathon. The dinner, bath time, and bedtime rituals make it an extra long day.

– Feeling lonely. I’m so fortunate have a great community of friends and family here in Tucson, but at the same time, after the girls were asleep at night, I felt lonely. The house felt dark and too quiet. I used this as an opportunity to watch TV that the Pilot would never be into, but I had no one to yell, “OMG did that really happen?!” with at the end of a basketball game or This Is Us.

– When things would break. Our toilet broke and I was like OH NO, but thankfully my mom had stopped by and literally fixed it in 30 seconds, so there ya go. We also had a couple of issues with our circuit popping out because I put too many Christmas lights into a single extension cord. Oops.

– Answering some of the “bigger questions” on my own. Liv asked me a couple of doozies while the Pilot was away, and in my mind I was like AHHHHHHHH. Then I just was as straightforward and honest as possible (and tried to not make it awkward or weird, just a normal thing) and she was happy with my answer. It literally ended up being NBD but I definitely panicked for a second.

If you’re going through a deployment, hang in there. You can do hard things and there’s a light at the end of the tunnel… even though sometimes it seems really freaking far away. I’m sending you so much love, strength, and a giant glass of wine.

The post Deployment with two kids appeared first on The Fitnessista.

from The Fitnessista http://bit.ly/2GECKo4
via IFTTT