Methi is known as Fenugreek in English is believed to be the oldest medicinal plants in history that has been used around the world for various uses. The description of Methi plant was also found an Egyptian medical book “papyrus of herbal knowledge” that has a dating to 1550 BC. 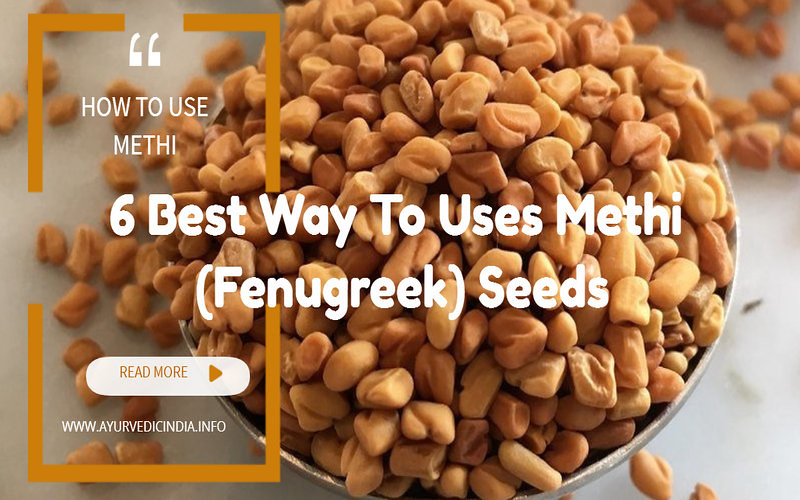 It has been used as a spice, medicine and as a food for both humans and animals. Even though it is a cool-season crop it is grown in most of the part in the world with its uses considerably different to people’s awareness. It got less flourished in Westerner except by some by some herbalist or by good cook.

In India, it got well flourished and was very commonly cooked like a winter vegetable. It used in many food recipes such as.

Besides this, the Seeds are used year round as a flavoring agent for many dishes.

Fenugreek is known as Methi by Indian, although there are many regional languages it is commonly as methi except in southern part of india.It is an annual herbaceous plant that contains three small obovate to oblong leaflets with light green color and tiny white or yellow flowers. The plant methi grows upright with high about two to three feet tall. The plant produces yellow-brown flowers that form beans containing fenugreek seeds; these seeds are pungent and aromatic. Methi plan belongs to a pea family (Fabaceae) and it named fenugreek derived from the Greek word Foenum-Graecum which means Greek Hay.

Plant: Fenugreek or Methi is an aromatic plant. Which grows erect that ranges from 1-2 ft about (30-60 cm ) and belong to  the family of Leguminosae (Fabaceae).

Flowers: Methi flower are yellowish white or sometimes white color that grows from an axil; it has five petals that form up that looks as banner, keel and wing. The largest higher flower petal is banner, it has two lobes that look like petals amalgamated. The smaller two petals form a type; the wings and the last two are generally amalgamated along and form up the keel below the wings.

Leaves: It has distinct typical character belonging within the the family of Fabaceae. Its leaves are pinnate and trifoliate; they’re deciduous throughout the dry season or during winter.

Seeds: The seeds are produced in a shell that is about six inches long. The shells are produced from the flower and look like string beans, but Methi’s fruits grow vertical unlike string beans. There are about 10 to 20 hard elongated seeds in each pod; they are smooth and dull yellow. The seeds are rhomboid in shape with a deep channel running diagonally from one side to another making each seed into two parts.

The seeds sizes are variable; a larger seed can be about 2-.5 cm long and smaller about 15-.35 cm. Seeds when soaked in water become mucilaginous, it contains high amounts of protein and fiber. They are mostly collected during summer to winter (autumn).

Fenugreek or methi are known by different names around the world with different languages below are some of the names of methi.

Common Names Around the World

Fenugreek is called Methika in Ayurveda; it has been used as medicine for thousands of years for the treatment of arthritis, wounds, abscesses, bronchitis and for various digestive disorders since ancient times. Ayurveda has two different traditions considering them for treatment such as.

Father lineage: In this, the medicinal aspects are based upon scriptures, sutras and the traditions of the (vaidyas) doctors.

Mother lineage: In this, the remedies passed on from grandmothers to daughters through generations, by the way, of cooking or home remedies.

These traditions are even seen today at different parts of India and in every village. The methi have its importance in ayurveda as it is characterized in both category Mother lineage and Father lineage.

Methi has been advisable internally in many conditions such as asthma, high cholesterol, diabetes, fevers, digestive problems, impotence, cancers and externally for swellings, burns and mastitis. It has also been advised for eaten in winters to improve immunity and to protect heart, brain and other vital organs inside the body through its medicinal properties.

Although methi is considered to be one of the oldest medicinal herbs, there is much research in progress currently to uncover new possibilities for its potential. Below are some of the best uses of methi which you can use it without any side effects but one must use it some precautions.

Methi or fenugreek seeds have been effectively used for solving dandruff problems since ancient times. Regular application of these seeds will not only remove dandruff but will also help in gain shiny and long Hair. As Fenugreek seeds contain protein and nicotine, it can be extremely useful for hair fall, dandruff and help to treat the variety of scalp problems like dryness of hair.

It does contain a large amount of lecithin, which hydrates the hair and provides strength to the hair roots making hair shiny with full of luster. Thus regular use of fenugreek can guarantee’s dandruff frees healthy hair.

How To Use Methi For Dandruff

Take some methi seed in a small vessel and soak them overnight to soften them. Next morning, you will methi enlarged with some gel-like substance attached to it, now grinds them to make a paste. After the paste is ready apply it to your scalp and massage on the roots of your hair. Let the paste on the scalp for about 20-30 minutes and wash off your hair and say good-bye to dandruff.

Note: You can all add some curd to the paste for the best results.

Fenugreek, better familiar to us as Methi may be beneficial to people with diabetes. It is so because the seeds contain fiber and other chemicals that may help to slow down the digestion process. Slowing the digestion process will improve the body’s ability to absorption carbohydrates and sugar. This way, the Fenugreek can help the body to improve the uses of sugar and increases the amount of insulin released.

How to use methi for diabetes

Take a teaspoon (10 gm) of Methi in a glass of water, keep it for overnight. Next morning drink the water and thoroughly chew the remaining Methi seeds. Repeat this routine for at least 3 months, and you will find the diabetes is under control.

Using Fenugreek seeds for treating acne scars is a wonderful idea. It is because of the fenugreek’s diuretic action that helps to eliminate toxins through the digestive system, rather than the skin. Eliminate of toxins through skin generally can cause infections like acne, thus can help in reducing acne. It additionally fades acne scars beyond unrealistic measures beside this burn mark can also be treated with Methi’s seeds.

How to use methi for acne scars

Take a tablespoon of methi seeds grind it to powder, make a paste by adding honey to it. Apply this paste on your pimples at night and wash it off in the morning with slightly warm water. Within few days, you will notice the differences.

5.It Helps To Reduce Weight loss

Fenugreek has long been used as spice and as medicine for various ailments. The Methi seed has also been used for weight loss it is one, from the many health benefits of this amazing herb. Methi seeds are loaded with natural fibers, which lead to an effect of fullness. Drinking methi juice, or chewing methi seeds in an empty stomach can help you to find your calorie cravings departing.

How to use methi for weight loss

Take 50gm of fenugreek seeds in a glass of water keep it for whole night. Next morning drink the water and chew the wet seed on an empty stomach. Repeat this routine for at least 3 months, and you will find reduce in your weight.

Today hair loss has become the common problem for all of us. It is due to the pollution, stress, improper hair care; harmful chemical based shampoos and over usage of hair styling products, etc. are giving rise to hair-loss problems. Methi seeds contain protein and nicotinic acid; that can be very beneficial in restoring hair roots and reorganizing the damaged hair follicles. Besides this Methi, seeds have many hair benefits like; it decreases dryness on the scalp, takes out dandruff and softens the hair.

How to use methi for Hair Loss

For hair loss apply the same procedure mentioned for acne scars for preparing a paste from Methi’s seeds. Then add one to two tablespoon of olive or coconut oil to the paste instead of honey. Apply the paste on the hair and leave it until it dries up, and then washes it off. Carry this process for 2-3 weeks and positive results are guaranteed.

Fenugreek seed and leaves are safe to use, the only possibility side effects may be skin reaction which is due to repeated applications. One should during pregnancy for safely, beside, it’s absolutely safe to use throughout nursing, and has been used for hundreds of years to increase breast milk production.