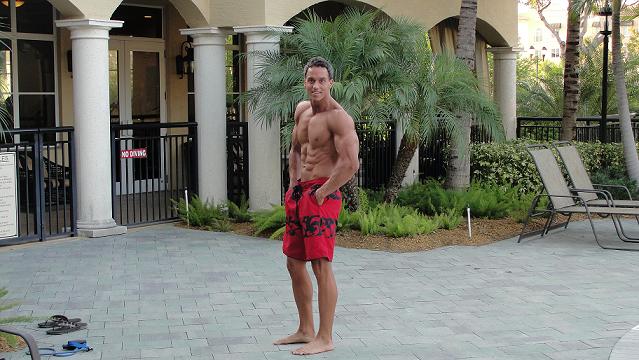 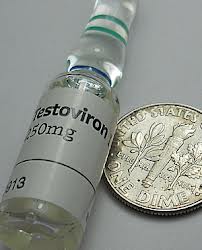 Testoviron is an injectable steroid made by Schering, its active substance is Testosterone Enanthate.
Testosterone Enanthate is probably the most commonly used form of testosterone by both athletes and bodybuilders alike.
Testoviron 250 is an oil based injectable steroid, which is designed to slowly release testosterone from the injection site. This slow release delivery leads to an elevation in testosterone levels lasting for approximately two weeks (it may even take as long as three weeks for the drug levels to fully diminish). Due to its relatively long activity level, Testosterone Enanthate is favored by the medical profession and is primarily used to treat cases of hypogonadism and similar disorders where low androgen levels are at fault. As with all testosterone products it has strong anabolicand androgenic activity. Gains in strength and muscle mass are notable, along with an increase in libido. It has also been noted that a relief in tendon pain and an increase in stamina are direct effects of
Testoviron  administration. This is probably due to increased water retention coupled with an increase in red blood cells – leading to a greater oxygen uptake in the blood.
Testosterone is a highly anabolic and androgenic hormone, it has an anabolic (muscle building) as well as anabolic rating of 100 each, respectively. Testoviron 250 exerts the majority of its effects by promoting increased nitrogen retention in the muscle. Testoviron 250 is also known to increases levels of the growth factor IGF-1 in both the muscle tissue as well as the liver. This steroid also increases the activity of satellite cells, which are cells that play an active role in repairing exercise-damaged muscle. Testoviron 250 exerts these effects primarily by genomic mechanisms, meaning that it binds to the androgen receptor (AR) thus initiating gene transcription. This stimulation of the AR promotes various of the AR dependant mechanisms for both muscle gain and fat loss, as well as reducing catabolic glucocorticoid hormones, and increasing red blood cell production.
HOW DOES IT WORKS?
Weekly totals of 250-1000mg weekly are frequently used, and sometimes more for the highly advanced athlete. Due to the relatively long half life of Testoviron 250 (4-5 days), injections are usually administered twice per week. This will allow stable blood levels to be maintained. When the level of steroid tapers down, a new injection is made, keeping everything fairly level. This is unlike Sustanon, which requires more frequent injections for the same effect. For a first cycle, 500 mg alone of Testoviron 250, shot two times weekly (Monday and Thursday for example), for 10 weeks along with standard post cycle therapy would be very sufficient for good gains.
As the best mass builder available, Testoviron 250 stacks well virtually everything and can also be used alone with high levels of success. Due to the longer half life of Testoviron 250, a dose of 500 mg per week can be used for the first time user for a period of 10 weeks with very good results. Stacking oral steroid on a first cycle is generally considered uneccessary, because it is impossible to gauge your body's responsiveness to the individual steroids being used and determine which ones cause which side effects. For the more advanced athlete, doses of 500 - 1000 mg of Testoviron 250 are also excellent for creating clear results within a 10 week period. More advanced athletes will often stack Testosterone Enanthate with Dianabol, Deca Durabolin, Primobolan or Equipose to create a powerful mass building stack.
All testosterones aromatize, and enanthate is no exception. The steroiduser should be familiar with anti-estrogen compounds such as Nolvadex and Clomid and keep them on hand during cycle in case symptoms of gyno arise. Increases in water weight and fat weight should be expected, and the possibilities of gyno are always out there when using Testoviron 250.
Standard post cycle therapy consisting of either Nolvadex or Clomid should take place after the cycle is over.

SIDE EFFECTS:
Side effects such as water retention usually occur when using Testosterone Enanthate. Gyno, increased rate of hair growth, back acne, increased blood pressure, and aggressiveness, both in the gym and out, are possible when using this steroid. The liver is accustomed to processing testosterone, so liver toxicity is normally not a concern except at extremely high doses. 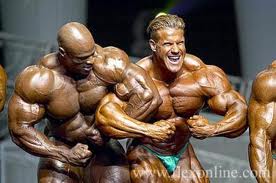 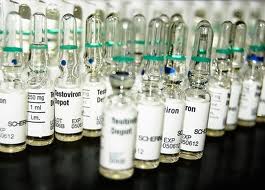 What happens when those esters are removed?
Well, then the Testosterone you have injected induces  changes in the shape as well as the size of your muscle  fibers and also can change the appearance and the number  of those(7). Testosterone is also noted for its ability to  protect your hard earned muscle from catabolic (muscle  wasting) glucocorticoid hormones (8), thus inhibiting  their ability to send a message to muscle cells to release  their stored protein. Concomittantly, Testosterone sends a  message to muscle cells to actually store more contractile  protein (called actin and myosin); glucocorticoid hormones  send the opposite message. In addition, Testosterone has  the ability to increase erythropoiesis (red blood cell  production) in your kidneys(9), and as we all know, a  higher Red Blood Cell (RBC) count would most likely  improve endurance via bringing more highly oxygenated  blood to your muscles. Having more RBCs can also improve  recovery from strenuous physical activity. It needs to  also be noted that aggression levels often rise  dramatically with the use of exogenous testosterone (15). 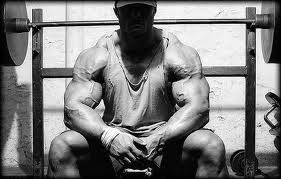 All of these great benefits are to be had with the use of  either testosterone Enanthate or propionate alone, but  realistically, Testoviron will be part of a cycle  containing one or more other drugs. People who are bulking  will probably choose to use another drug like Deca or Eq  (possibly with Dbol as well) and those who are cutting  will probably steer towards Eq and perhaps Trenbolone.  Very often users will shoot this drug three or four times  a week, but blood levels of testosterone from the  testosterone Enanthate component would still above  baseline with this drug at around day eight (16), even  thought we know the other component would peak and fall  much more rapidly.
The advantage to longer esters is that they need to be  injected less frequently (test prop needs to be injected  every other day while you can shoot test cyp once a week).  The disadvantage to long estered steroids is that they  contain less actual steroid. Anecdotally, however, most  people from Steroid.com and other discussion boards who  have tried differing esters on their various cycles agree:  Testosterone Propionate causes the least side effects and  the least bloating, while Enanthate causes the most. Also,  any injected testosterone will inhibit your natural test  levels and HPTA (Hypothalamic Pituitary Testicular Axis).  A Hundred mgs of test/week takes about 5-6 weeks to shut  the HPTA, and 250-500mgs shuts you down by week 2 (4).
Testoviron Stack
What stacks well with Testoviron? Well, since it´s a  testosterone with both a short and long acting component,  I suppose the answer is everything and nothing. Since it´s  got a short ester in it, you would have to inject it every  other day, so you may as well run another short acting  drug with it (Trenbolone Acetate, or whatever). However,  since it´s got a long acting component to it, you may  consider using a longer acting drug with it (Deca or Eq,  perhaps); the downfall here is that you don´t get the full  benefit of shooting test prop alone (less water retention,  etc...) but you still have to shoot as frequently as if  you were only using prop. The testosterone Enanthate is  long acting, but you´re still going to be shooting this  compound every other day to make use of the propionate  component. Thus, the advantage of testosterone Enanthate  (reduced shooting frequency) is negated. Many people´s  favorite´s are Eq (boldenone undeclyenate) or Deca  (nandrolone decanoate), but really, anything will stack  well with testoviron. Tren (Trenbolone Acetate), Masteron,  and/or Winstrol are also favorites for many on a cutting  cycle, and it´s important to note that a product to fight  water-retention and other estrogenic sides would be  warranted if Testoviron were used for a cutting cycle.
Finally, it´s worth noting that sometimes a strategy known  as "frontloading" is employed with products like this one,  since it contains both testosterone propionate, and  Enanthate. This is where double or triple the intended  dose for the cycle is injected for the first two weeks,  and the propionate ester gives a very quick rise in blood  plasma levels of testosterone, and then the Enanthate  ester is relied on for a more even blood level in the  ensuing weeks. The reasoning behind this is presumably to  get the blood levels of the drug up quickly in the hopes  of seeing results more quickly, and then have the blood  levels even out and stay constant.
Of all testosterones available on the market today,  blended ester products like this one are the most  unjustifiably expensive. This is both because they are in  high demand, as well as more rare than single estered  products. You can only find Testoviron in the Dominican  Republic and Italy (135mg versions available in both  countries). Expect to pay up to $5-7 for an amp of this  stuff, and if your source is asking for more, expect to  walk away. When the price of testosterone is so low, I  can´t justify purchasing a blended product for any more  than you would purchase a single estered test.
Testoviron Profile
Posted by Gee princeat 1:20 pm

Email ThisBlogThis!Share to TwitterShare to FacebookShare to Pinterest
Labels: testoviron 250 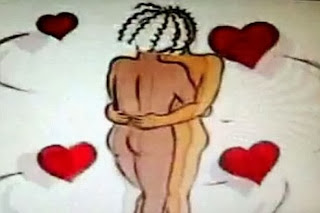 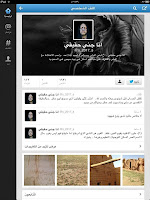 HOW CAN YOU EARN MANY


This post first appeared on Body Building With Both Natural And Steriods, please read the originial post: here
People also like
Building a Talent Pool in a Tight Market
Teen Depression: Essential Signs & How Parents Can Help
What Is the Worst Credit Score?
3D ‘Lung-on-a-Chip’ Model: New Therapy Testing for COVID-19
Relocating to the United States

Subscribe to Body Building With Both Natural And Steriods