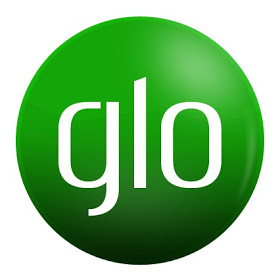 This is obviously why they are called the grandmasters of data. This is the reward you get for providing the cheapest and most affordable data rates in the country.

I personally recently port to the Globacom network some months back after Airtel frustrated me with their very expensive data rates. I was subscribing for a new data plan 3 times a week with Airtel, I got frustrated and immediately moved to globacom.


I now recharge only once a month and sometimes I am even unable to exhaust my monthly data allocation with glo. Now Airtel is practically begging me to come back, they send me messages almost 3 times a day with small small discount.

I'm definitely not going back to a network that rips me off my money, I'm sticking with globacom Nigeria all the way!

A total number of 297,623 lines was added to Nigeria’s internet subscriber base in one month, courtesy of grandmasters of data, Globacom, which moved from 26,887,929 data customers in September to 27,185,552 in October.

This was gleaned from telecom industry statistics published on the website of Nigerian Communications Commission (NCC) which showed that Globacom was the only network that recorded an increase in its internet subscriber base in the month of October, 2016.

On the contrary, MTN and Etisalat had their subscriber figures whittled down during the period, while Airtel did not record any increase in the month under review.

Globacom’s increase in internet subscriber base has, therefore, reconfirmed its position as the number one company in Nigeria’s data market, thus living up to the payoff, “Grand masters of Data.”


It will be recalled that Globacom became the first network to launch a nationwide rollout of the 4G LTE advanced network in October through which subscribers on the Glo network have been enjoying instant efficient broadband internet connectivity across the country.

The NCC report further showed that the total number of internet users on the networks of the four major operators dropped from 93.5m in September to 93.1m in October, a reduction of  378,015.

Also, Etisalat moved from15, 062,650 internet subscribers in September to 14,693,492 in October, dropping 369,158 subscribers. Airtel, however retained the same figure of 18,832,238 million internet users in September and October respectively.
This is a wake up call to other network, they better sit up else they will lose even more customers and money.

The report also revealed that the CDMA operators lost 13,664 internet users, moving down from 51,973 recorded in September to 38,309 in October.