Saudi Arabia shivers in its worst Cold spell since the year 2016
The overnight temperatures dropping in Saudi Arabia to zero and minus degrees is the coldest weather since 2016 said Meteorologists, After a cold wave hit in the region especially in the north over the past 2 days.

- ArAr region of Saudi Arabia recorded its temperature to -2 degree Celsius, This region of the Kingdom also shares border with Iraq.
- Saudi Arabia is known for its desert's Heat during Summer, But cold also not far behind for the region in the winter. Some regions of the Kingdom see snowfall, Tourists visited Saudi Arabia enjoyed the weather. See Also : Cloud-seeding technology to increase rainfall in Saudi Arabia
- Ministry of Meteorology and Environment warns its citizens and expatriates to not to go isolated places and asked to stay warm as the temperature drops to its lowest levels. 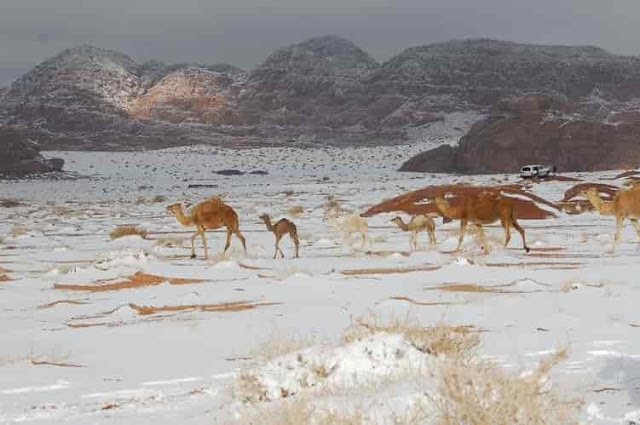