Huawei Launches The Huawei Y9s! Price And Specs In Nigeria 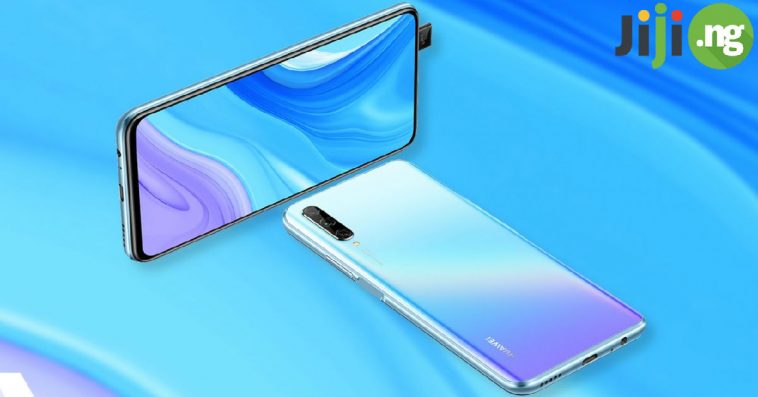 Even though 2019 is almost over, Huawei managed to unveil one last surprise for the fans of the brand – the Huawei Y9s. The Y9s looks and feels like one of the most high end smartphones released this year, and here are the specs and price of the new device.

Shop Huawei smartphones for any budget on Jiji

In many aspects, the new Huawei Y9s will remind you of the Huawei Y9 Prime released this year, but there are also plenty of unique features that help the Y9s stand out. These are the most important specs of the Huawei Y9s.

Visually, the Y9s does not look too big of a departure from the most popular smartphone designs of the year: there are curved edges and slim bezels. However, instead of plastic, the model features both glass and metal in its design, which instantly makes the phone look and feel expensive.

The fingerprint scanner in the Huawei Y9s is located in the side panel just below the volume buttons for your convenience. You will also notice that, unlike many popular phones released in 2019, the Y9s does not have a camera notch on the top of the screen – this was achieved by including a pop-up selfie camera.

The Huawei Y9s features a 6.59-inch IPS LCD display that has a 1080x2340p resolution. With an 84.7% screen to body ratio and 19:5:9 aspect ratio, you are guaranteed to have a satisfying viewing, working or gaming experience every time you pick up your new phone.

Performance is a strong suit of Huawei smartphones and even the most budget Huawei models have competitive characteristics. That is, once again, the case with the Huawei Y9s, who comes with just the right specs for most users.

A lot of the specs of the Y9s could be already seen in the Huawei Y9 Prime, including the Octa-core Hisilicon Kirin 710F processor. The device has 6GB of RAM and 128GB of storage, which you can upgrade with up to a 512GB microSD card.

The Huawei Y9s comes with 4G capabilities, but no 5G is available. The brand also decided to keep the standard 3.5mm headphone jack. As for the software, buyers will get access to Android 9.0 Pie and Huawei’s own EMUI 9.1.

The camera setup is probably going to be the biggest reason for the users to convert to the Huawei Y9s. On the back, you will find a triple camera consisting of 48MP, 8MP, and 2MP sensors with LED flash. The selfie camera has 16MP, but no LED flash – you will have to rely on the brightness of the screen to light up your selfies.

The Huawei Y9s is powered by a 4000mAh battery, which, given the smartphone’s large display and other power-hungry features, should last you for a full workday. The phone does not support wireless or fast charging, which means you will need to dedicate time to charge your phone or buy a power bank.

The Huawei Y9s was announced earlier this month and became available for pre-order in early December around Nigeria. The price for the latest Huawei model starts at ₦98,900, which makes it a mid-range smartphone for 2019.

Buy and sell from your mobile phone using the Jiji app

What Is Sleep Hygiene? 10 Tips For Getting Your Best Sleep Every Night

Huawei Launches The Huawei Y9s! Price And Specs In Nigeria

Subscribe to Jiji.ng Blog - Sell And Buy Cheaper And Safer From