2 Methods to Turn Voice Memos into Ringtone for iPhone 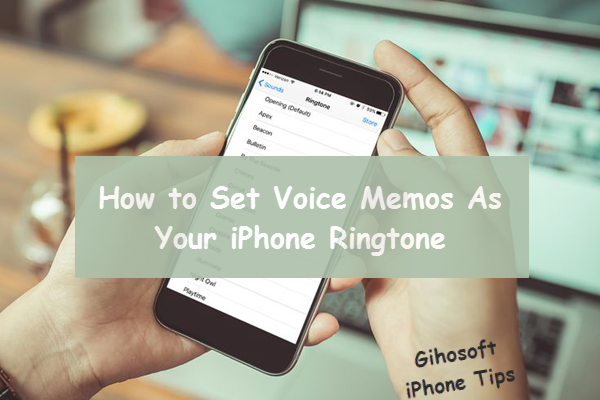 We always want to personalize our new iPhone, and one of the most personalized ways is to customize our ringtones. Everyone wants a unique and enjoyable ringtone for themselves; some people even set different ringtones for different contacts. Generally people would use their favorite songs as ringtone, but sometimes one captured a melodious audio, what to do if you want to set the voice memo as iPhone ringtone?

We know that GarageBand app is famous as a music creation studio, but do you know it also can turn a voice memo into ringtone?
Note: You also can convert any song or music track into ringtone with the same steps by using GarageBand. But Protected songs and songs not locally stored on iPhone can not be imported into GarageBand.

If you accidentally deleted or lost your voice memos, you can recover them by using third-party safe software Gihosoft iPhone Data Recovery with this video guide or this article.

2 Methods to Turn Voice Memos into Ringtone for iPhone