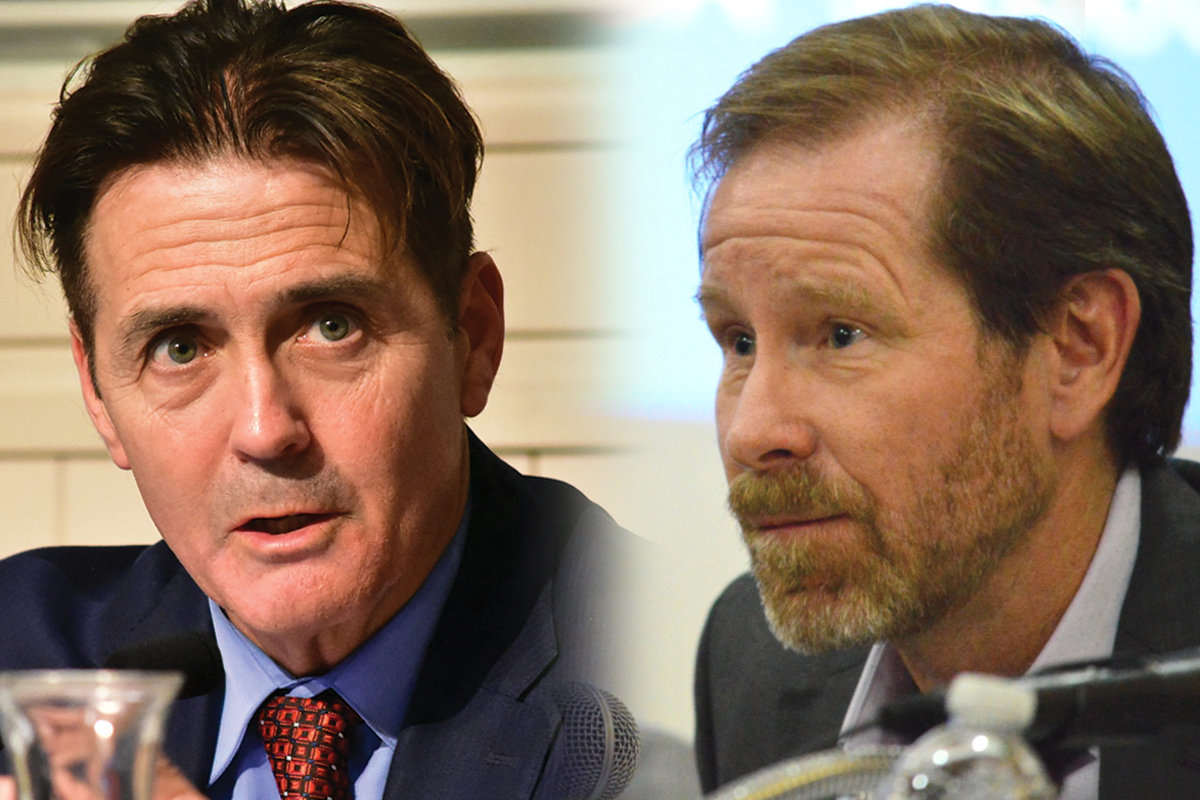 South Pasadena City Council Members John Primuth and Michael Cacciotti were named last week to serve on a new Council Subcommittee whose task will be to implement plans for the city’s disposition of Caltrans properties in the former SR 710 extension corridor. The panel will be responsible for implementation via direct negotiations with Caltrans or pursuant to the terms of city-sponsored legislation now making its way through the legislature.

The legislation, SB 381, was orchestrated by an earlier Council subcommittee consisting of Mayor Diana Mahmud and Council Member Jack Donovan. It was approved by the Senate Transportation Committee, amended May 3, and is set for hearing Monday before the Senate Appropriations Committee, chaired by bill author Sen. Anthony Portantino (D-25).

The new panel is authorized to negotiate with Caltrans, create a land trust and develop financing strategies for the acquisition of the 68 occupied and unoccupied houses, multi-family buildings and vacant lots still owned by Caltrans in South Pasadena.

Whatever means they settle on will have to be approved the Council.

The city hopes to secure control and ensure better maintenance of the properties by purchasing them from Caltrans for a few million dollars, in exchange for assuring their availability as affordable housing for 55 years. It would do so by reselling them to its own, or to a preferred, housing-related entity.

Primuth and Cacciotti, both attorneys, were appointed by their Council colleagues after more than half the two dozen citizens–including former and current Caltrans tenants and other stakeholders who submitted recorded or written comment — endorsed both men for the job. Citizens cited multiple reasons for each, but for Primuth most pointed to the strong interest he has taken as the representative from District 3, which has the largest number of Caltrans Properties, while support for Cacciotti was founded on his long experience on both the Council and 710 issues, and as an attorney for both Caltrans and the former speaker pro tem of the State Assembly.

Councilman Jack Donovan, whose District 2 also has a considerable number of the properties, was gracious in deferring to popular sentiment, noting that he had served on the first subcommittee that got the process going and “had done what I wanted to do.”

Cacciotti, noting he already has considerable demands on his time, warned Primuth that the panel was likely to be a very time-consuming but that he would try to make as many meetings as possible. He elaborated on the size of the task the city is contemplating, noting that Caltrans spent millions to manage and landscape houses it owned and faced a steady flow of lawsuits from people who had minor accidents on adjacent sidewalks. “We’re a little city. We’re going to maintain 68 properties. These are things we need to talk about, right?”

It is going to be a significant time commitment, agreed Mayor Mahmud. Moreover, once the subcommittee members are selected, “they cannot be changed.”