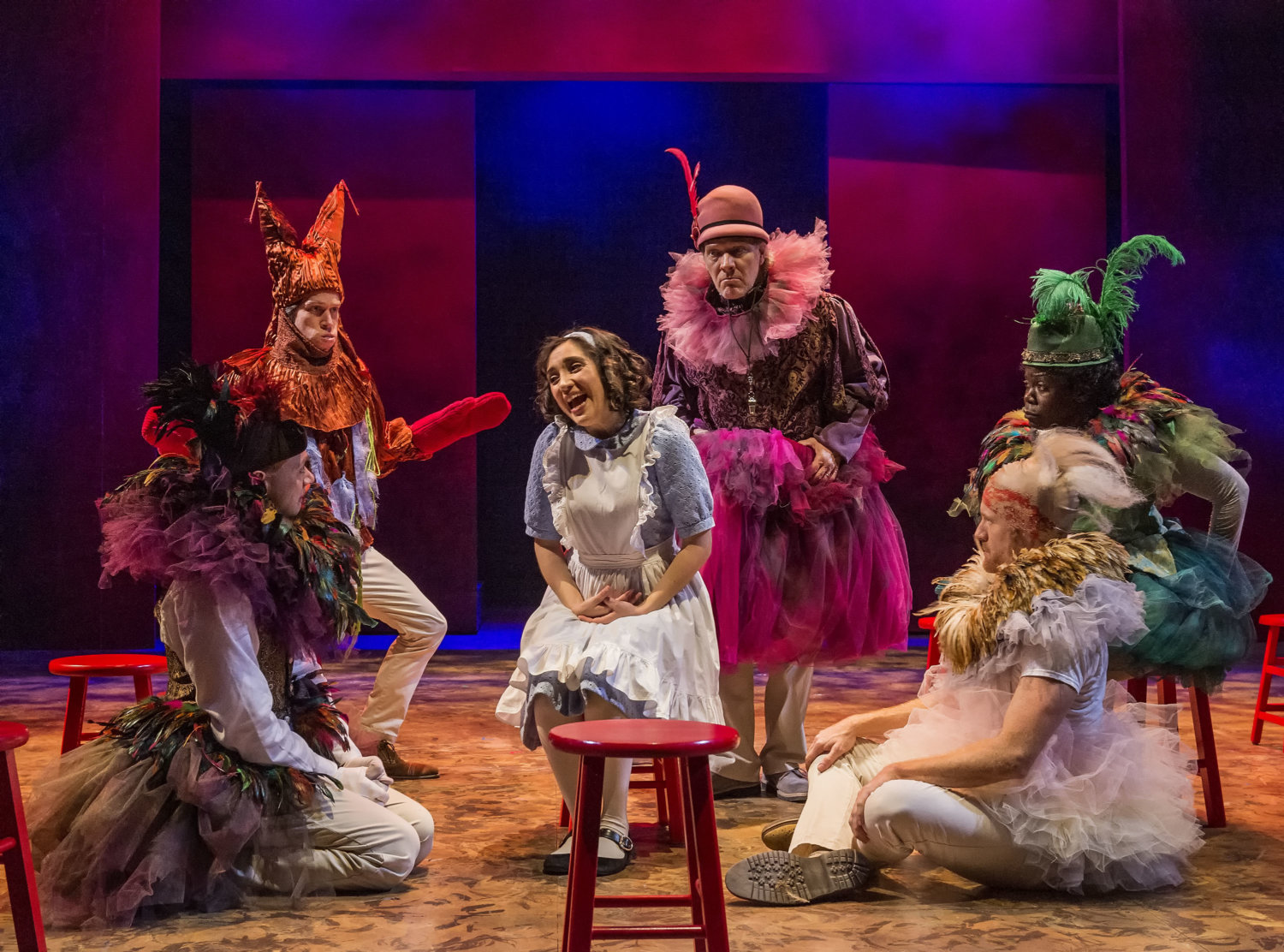 A Noise Within will release its second high-quality film of a stage Production this spring: “Alice in Wonderland”, remounting the beloved production from Spring 2020—written by Eva Le Gallienne and Florida Friebus and originally directed and conceived by Stephanie Shroyer. ‘Alice in Wonderland” will be available from May 27 – June 20 with a special opening night Zoom afterparty with the artists for people who purchase May 27 tickets. From the comfort and safety of home, audiences can enjoy the same artistry and production elements from ANW’s  live performances. Andressa Cordeiro joined the production as the Director of Photography to ensure a visually compelling take on the modern adaptation of a classic story. The stellar cast from the Spring 2020 production of Alice in Wonderland returns to delight audiences who missed Carroll’s classic in its short run and re-enchant those who are excited to see it again. Crash through the looking-glass with Alice on her zany adventure to an upside-down magical dreamland where imagination defies reality and madness makes logic. Weaving a whimsical poem of hilarious and colorful eccentrics, Lewis Carroll’s fractured fairy tale creates a prism through which we can again experience the mystery and effervescent wonder of growing up. Tickets are $25 for individuals and $40 for a family. Opening night tickets with a Zoom afterparty with the artists are $50 for individuals and $75 for families. Tickets are available at anoisewithin.org. 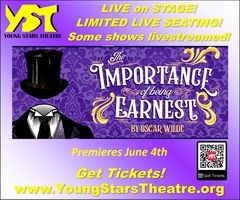 In some very exciting news for Fremont Centre Theatre and its resident company Young Stars T heatre, for the first time in 15 months, they will have a live show on the YST stage! YST is bringing “The Importance of Being Earnest” to the live stage beginning June 4th.  After more than a year of fighting hard just to keep the possibility alive, YST sees a pinpoint of light at the end of the tunnel. As guidelines and restrictions have loosened with vaccinations, YST can finally put a live cast on stage in front of a very limited live audience under specific guidelines.

“We’ve been waiting for this for so long”, says Gloria Bennett, YST producer.  “I get up every morning and read pages and pages of new guidelines and projections, and we can finally present a live show on stage again.  I’m so excited!”

YST never really stopped producing theatre throughout the last year, with five productions in all, either pre-recording and editing for a live stream, or live productions via Zoom with all actors at their remote locations. Jack, Gloria’s husband and YST Artistic Director says “It was certainly better than nothing, and much more than would have even really been possible even 10 years ago, so we are very thankful for that. That said, nothing beats being back on a live stage with live actors!”

YST is returning to the live stage with the Oscar Wilde classic comedy and a mostly adult cast.  “We are thrilled with the actors we got to join us for this kind of historic moment. We’d be excited – even if it weren’t a comeback for a silent stage – to present this level of a show, but the moment makes it all the more sweet!” says Jack, who is also directing.

Covid protocols will be in place, and per current guidelines, live attendees will be asked to show proof of vaccination or negative Covid test within 48 hours of admission. All actors will be fully vaccinated and perform without masks. For opening night, YST is also going to livestream the performance in a multi-camera broadcast live from stage, and if any shows sell out in advance, they will offer those as livestreams as well.

“The title ‘The Importance of Being Earnest’ has a special meaning this time around,” says Jack, who has directed the show on two other occasions. “We have been true to ourselves and our passion this past year, and we’re still here! Sometimes, I almost can’t believe it myself.” Tickets are available on their website YoungStarsTheatre.org 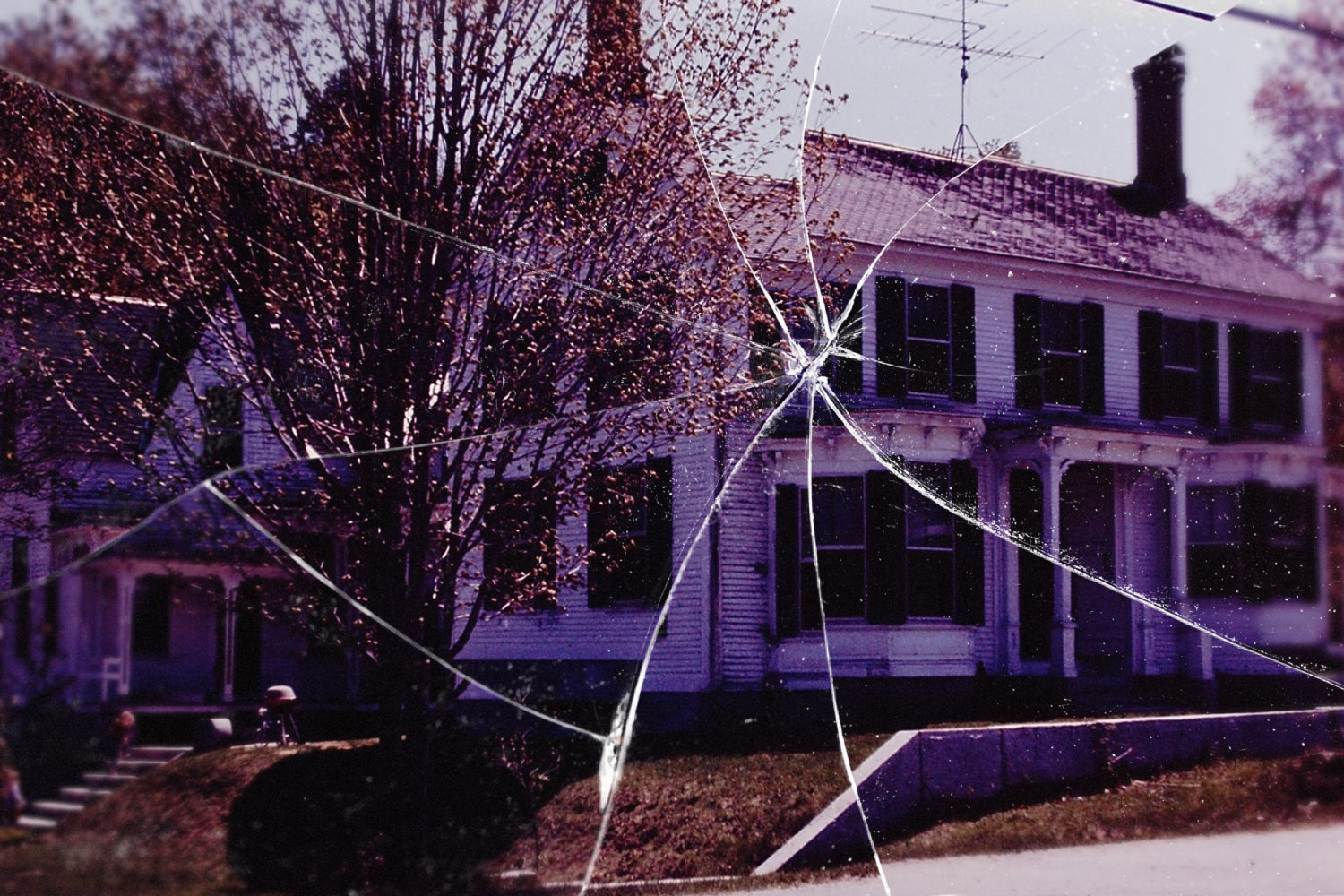 “Someone Else’s House” at Geffen Stayhouse is now extended through July 3rd.  Obie Award-winning multimedia artist Jared Mezzocchi has a harrowing story to tell: his family’s frightening, true-life haunting inside a 200-year-old New England house. Flip the switch, light your candles, and prepare yourself (as best you can) for this first-hand story of terror with the latest interactive production from the Geffen Stayhouse. 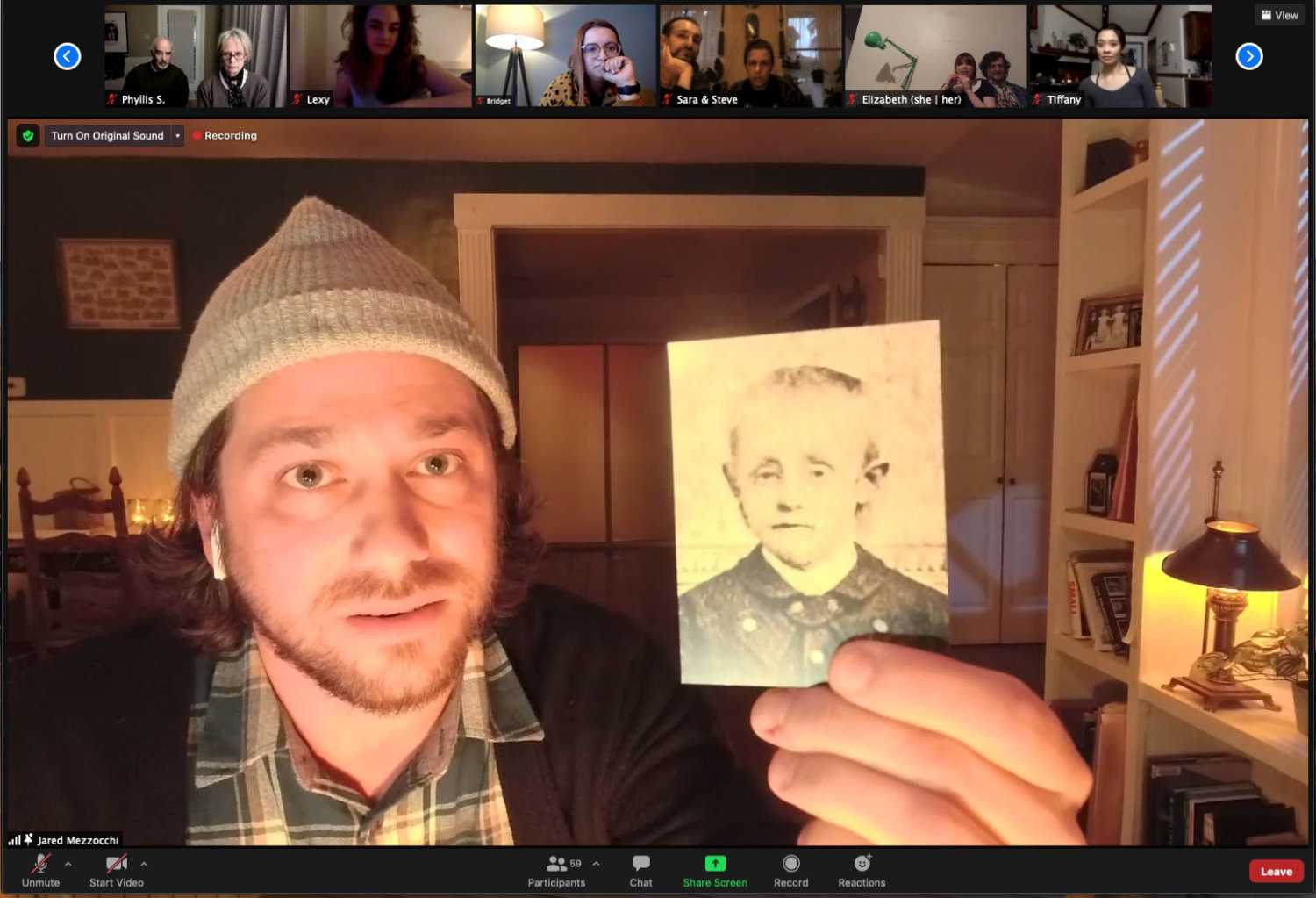 “Someone Else’s House” will take place via the Zoom video conferencing platform and each performance will be limited to a maximum of 40 households. Each household will receive a haunting kit in advance, not to be opened before showtime, which includes materials to help set the scene for the story, as well as important artifacts to be used to interact during the performance. Due to mature content, children 12 and under are strictly prohibited. Tickets are currently priced at $75.00 per household. Available by phone at 310.208.2028 or online at www.geffenplayhouse.org. Full buy-outs are available. 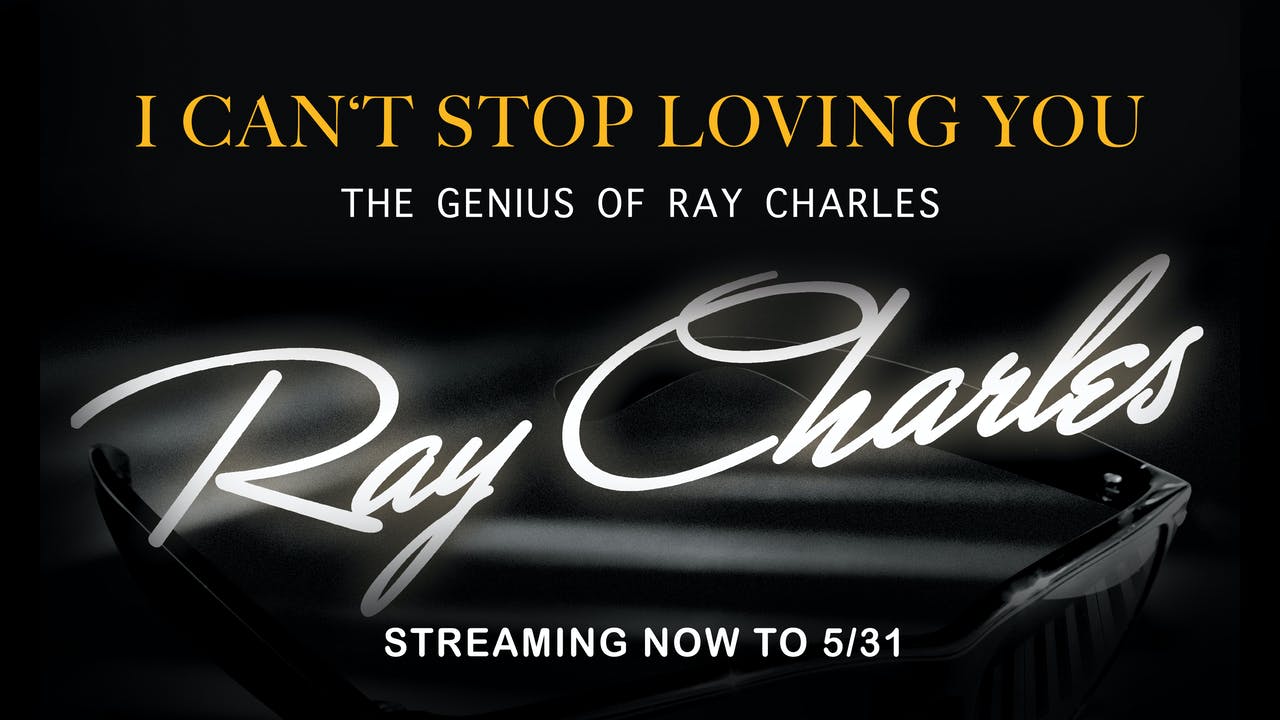 “The Genius of Ray Charles” delivers every one of Ray Charles greatest hits in this hit musical tour of one of the greatest careers in music history. Filmed at the Theatre Royal, London, with a 15 piece band, 10 dancers and 6 amazing singers, this non-stop show brings Ray’s greatest hits to the stage in an exciting production that leaves the audience shouting for more, with standing ovations night after night. Enjoy music like it was supposed to be, as the show storms its way through the dynamic styles of Ray Charles Music, from blues, to soul, to country and more. All the hits live on stage. Streaming through May 31 www.theatermania.stream $20. 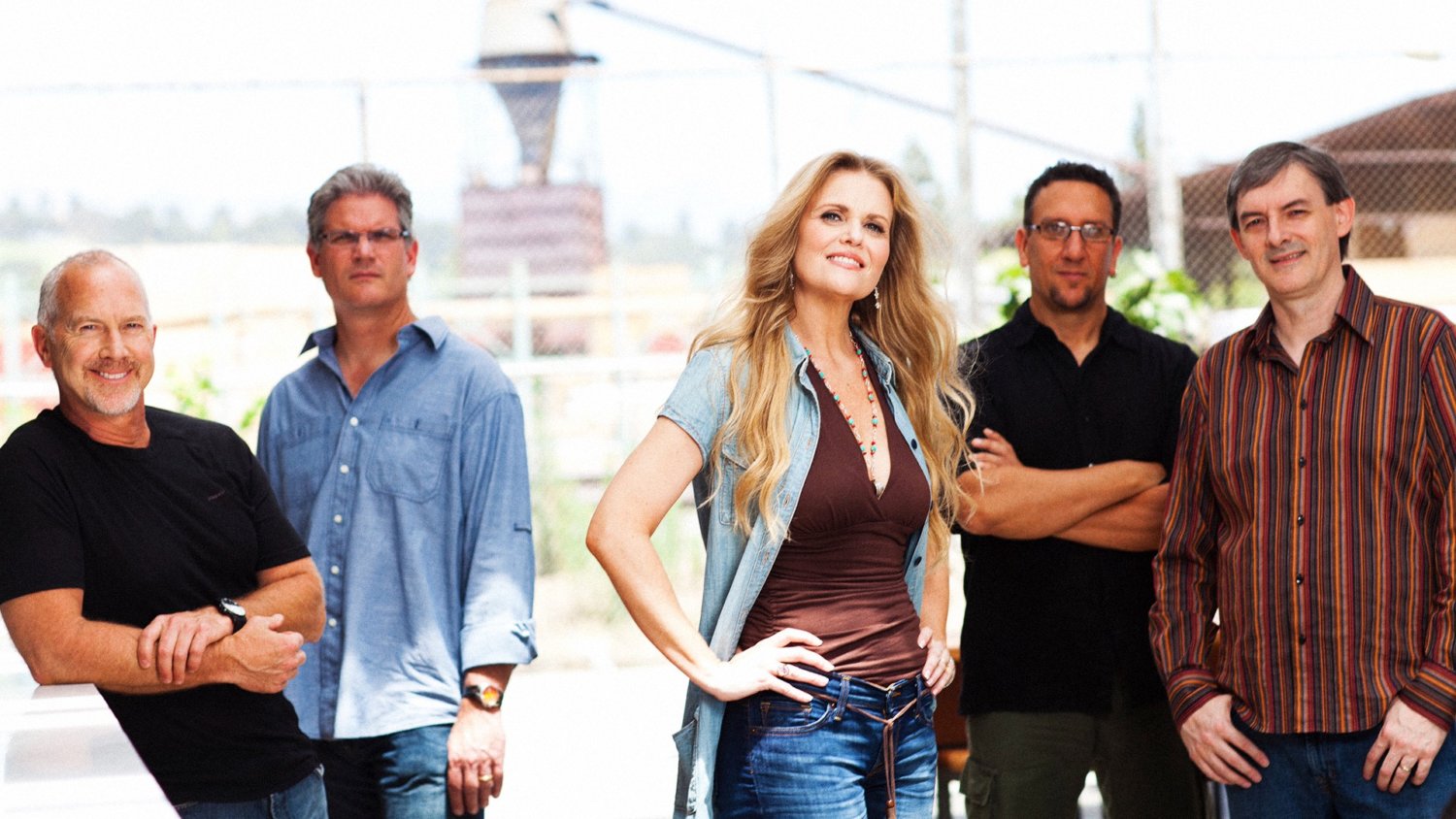 The Sorting Room Sessions continue at The Wallis this Friday-Sunday with nine-time Grammy-ninee The Tierney Sutton Band! Enjoy timeless jazz standards, selections from the American songbook and a range of American film music to celebrate the group’s 25th anniversary.  Spanning over 20 years of collaboration, The Tierney Sutton Band has consistently topped the US jazz charts, leading to singer Tierney’s selection as JazzWeek’s Vocalist of the Year with Variety proclaiming, “the lady can swing.” ON-DEMAND May 14 – 16 at thewallis.org

The post Arts Are Essential | What’s Happening in Arts & Entertainment May 14 – 21 first appeared on The South Pasadenan | South Pasadena News.