Npower Nigeria has announced July 1, 2017 as the date for the Online Assessment Test for those who chose Npower VAIDS

N-power has released the Application and screening process for the NpowerNG 2017 recruitment exercise.

It said on its Social Media Channels that the 2017 Application Process Guidelines was aimed at avoiding the challenges encountered in 2016.

"To avoid some of the issues of the 2016 applications,applicants will have to go through the process listed below."

Npower Nigeria said applicants would only be considered for assessment stage if their Bank Verification Number, BVN, match their applications.

"Only applicants whose BVN records match their applications will move to the assessment stage."

It called on 2017 applicants should "stay tuned to our social media channels for updates."

Applicants were advised to follow the process of guidelines when portal opened.

According to Npower, your BVN will be checked and checked to ensure that it correlates with your application details.

If it doesn't tally, it means you wont be certified for the next stage.

Advice
Before you apply Please make sure you use the names as they appear in your BVN.

Once your BVN details correlate with your Npower details, you're automatically qualified for the Npower Online Assessment Test.

Their was Online test during the 2016 first batch screening process.

Advise
You're advised to keep your Npower Registration Reference Number, because you might need it at this stage.

If had multiple applications with different application  reference number as a result of poor, power outage, your last ref.number will be the valid one to use.

However, it's safer to keep all in case one fails.

In Npower line up of application and screening process, Device selection comes after test.

But NpowerNG Solutions Team believes that's faulty. Selecting device even when you're not sure if you'll selected might not work.

Npower Pre-selection process has to do with putting some things into consideration like:

Selection comes after pre, at this stage applicants will know if they made it or not.

At the physical verification applicants will be required to come with their academic qualifications to prove as they claimed during application period.

If you claimed to have OND, whereas you're O'level holder you'll be detected and shown the way out.

So you passed the physical screening stage?

If you passed through that stage, it means you automatically become NPOWER VOLUNTEERS NETWORK (NPVN )

Becoming NPVN means you'll now have a Npower portal dedicated for you. It's called NPVN PORTAL

THE NPVN Portal contains every detail about you during application process.

It's under this portal the option to select Device of your choice will be made available.

Our take
First batch of Npower Volunteers were directed to pick Device of their choice early this year, but more than three months now nothing has been heard about it.

Inquiry sent to Npower Abuja Headquarters on their social media channels were ignored.

We are still optimistic that device will be given to deserving volunteers, but no one knows when and where, just as Npower Abuja Office is silent about it.

This is the final stage of N-power 2017 recruitment exercise.

State governments, which are partners will help deploy volunteers in their jurisdiction.

If you haven't, do so on N-POWER JOB APPLICATION PORTAL

Did you make mistakes in your application? Tell us 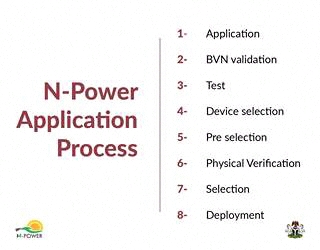 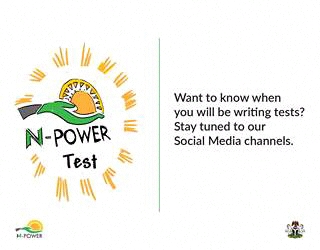 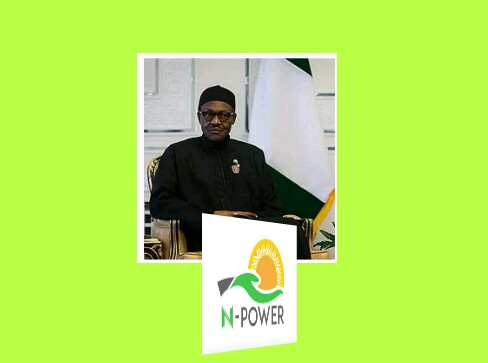