WHEN I WAS YOUNG (short story) 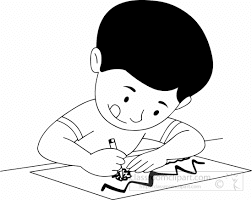 When I Was Young

Childhood is glorious and interesting not for all forks though. I could remember vividly how I transcended from that young boy who couldn't be the best footballer to a young boy who found it's place in academic world. Childhood exposed me to diverse activities especially football,academics and what I called bush raiding which I will lay more emphasis in this short story of mine.All the highlighted activities demanded success but I discovered that one can't be good in all but can be the best in particular one.

It all happened long time ago in Abeokuta , Nigeria, in a small clan. We were ten young kids of age 6 to 10 growing up together. Some of us attended the same Nursery school and what made our days more interesting is football and bush attacking.

Bush raiding, I could remember vividly how we attacked the nearby bush in our clan in order to catch Dragonfly. There were over five species of this Insect in my clan with different colors(red,blue and yellow). The kid that caught the biggest specie is seen as the champion of the day, I found it hard to catch those big species but the small ones comes easy. Later I could catch the big ones. The good thing about bush raiding is that we found delight in keeping the insect inside a container, held them hostage and later decide to free them or kill them. We are happy doing this.

Furthermore, football was our thing and it was just getting popular in Nigeria then. We play among ourselves, play with other communities and try to join a football academic in which many of us couldn't because our parent will not fund it. My friends are better player, they could dribble,defend,attack and score nice goal, I too can but am not as strong as they were so their body fitness gave them edge over me.I feel discouraged and hope to be better than them, I tried but later discovered that my strength lies in another thing and not football.

Playing football and bush attacking may be my thing but my strength isn't there, it lies in another thing and the thing was academics. In school at the end of every term, I discovered that I used to perform better than my peer-group. It now crystal clear that academics is my strength so I developed my reading,writing and listen skills. I went further with the hep of my parent to work on my math and science skill. Believe me it all works and today  I am a Nutritional Biochemist  hoping to make a change in the world of science.
This is my Short-story by an Anonymous.

WHEN I WAS YOUNG (short story)