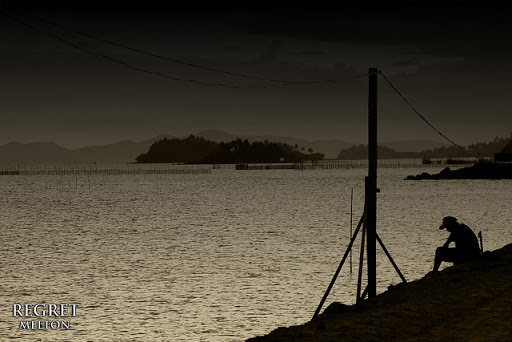 Had I know,  I would have do this or that. Sometimes we do Regret what we did in the past and hope it can be corrected.

Have made series of mistakes but have learnt to live with my past mistakes.
The story of Danny Stevenson propelled me to write this piece. "I would have been a pharmacist"  said Danny but it was just a mere quotes as he regretted not being able to achieve his dream.
I will share some regret quotes but before
I do, I will like you to learn from the story am about to share :

The Regret of Danny

I read a book immediately after my high school about Danny Stevenson,  I learnt from is own regret and plan never to fall into such error. When he was in High School, he dreamt of becoming a pharmacist but he got lost along the line and traded in the wrong part. Right from high school he started dealing with hard drugs being motivated by his friends. This made young danny  go into drug trafficking. An excerpt from the book, "I would have been a pharmacist"

I could have cared less if there was a God growing up.  I figured someone must have created this world,  but I didn't know who,  and I didn't really care. For over 25 years I shot heroin.  I remember one time when I had just gotten released from jail for doing 3-6 months...  I went over to a friend's house,  and we decided to get a couple of kegs of whiskey,  so we went down to the local store,  and while there I ran into this fella I knew.  He said,  "hey Danny,  I have some real good drugs."
I said, " That's great! Why don't you come on over to house?!" So he came over to the house and we went into the restroom and I shot about $100 worth of heroin in my veins,  and I ended up overdosing.  He rushed me to the hospital.
When I woke up from coma,  I was in an ICU unit handcuffed to the bed. I was wanted for another crime in another city. So, back to jail I went.  Much of my life was in and out of jail.
Let's back up to my earlier childhood, before going any further.  Growing up,  I was always a radical type.  I was depressed it semmed,  almost all the time.  I hung out on the street corners a lot,  because I didn't want tk to go home. At home there was always a lot of partying and screaming at each other going on, so it was mostly always uncomfortable for me there.  I felt no one really love me.
So I hung out with the guys on the street corner.  Half the time we wouldn't even go to school,  when we were suppose to. We were out doing whatever drugs we could fine,  and running the streets of Phoenix,  Arizona doing crimes at the age of 12. It was at that age I got my first felony,  and that blew my chances of growing up and being a Pharmacist. Of course, my reason for wanting to be one was that I could get all the dope I wanted...

Danny gave account of his life and how he missed been a Pharmacist which he has to life it but he regretted not being a Pharmacist.

1.I made decisions that I regret, and I took them as
learning experiences... I'm human, not perfect, like
anybody else.
Queen Latifah

2. It was at age 12 I got my first felony, and that blew my chances of growing up and being a pharmacist
Danny Stevenson

3.Has this world been so kind to you that you should
leave with regret? There are better things ahead
than any we leave behind.
C. S. Lewis

4.Never do today what you can do tomorrow.
Something may occur to make you regret your
premature action.
Aaron Burr

5.I only regret that I have but one life to lose for my
country.
Nathan Hale

In a book titled "The Top 5 Regrets of the Dying", a nurse, monitored and penned the most common regrets from patients on their death beds.
Excerpts from an Huffington Post article below:

According to Chris Herd  Huffpost contributor,  one can avoid regret in these following ways:

Motivation comes from recognising the morality of life and the fear of regret. The fear of never achieving anything of significance awakens me with passion each and every morning. It forces me to progress knowing each day is a step forward but one day less that I have to achieve.
You have the gift of life today, if you wouldn't read the story of your life make changes now before it is too late.

Folks I hope you enjoy this article? I will be grateful if you can share it with you friends.  Thanks.