The RACISM of Gun Control

The Presidential Election year is fast approaching, and to be sure, Gun Control will be an issue.   At some point next year, the GOP will likely adopt a plank in the party platform will be adopted in support of the 2nd Amendment, Protecting Heller and McDonald, SHALL issue laws- basically a plank against arbitrary gun control.  The GOP took the position back in the late 1860's that the 2nd Amendment applied to ALL Americans and States could not interfere.  Why then? Because the GOP wanted freed slaves to be able to protect themselves and stay free.

What is Google Ads and Types of Ad Ca…
Upkar New Paradigm Reasoning Book PDF…
Landmine clearance almost complete on…
Digital Currency – A Better Substitut…
Portable Oxygen Concentrator – A Boon…
Next year at the Democratic Party Convention, the DNC will likely propose a plank supporting Gun Control.  Southern Democrats started passing gun control laws in the 1860's and 1870's to strip former slaves of their 2nd Amendment Rights- along with a host of others.
Gun Control Laws, beginning with those passed by Democrat controlled state governments at the end of the Civil War, Gun Control, have an origin in Racist Ideology.

"A man's rights rest in three boxes: the ballot box, the jury box, and the cartridge [ammo] box." -Frederick Douglass, 1867

It was because of the "black codes" passed after the Civil War that the 14th amendment  was proposed and then passed.   One of the stated goals of passage was to protect the right of African-Americans to possess and carry firearms for their own defense.

'The black man has never had the right either to keep or bear arms,' and that, until he does, 'the work of the Abolitionists was not finished.'"  -Frederick Douglass, May 10, 1965

Now, according to  a Pew Research Study, 54% of African-Americans view gun ownership in a positive light.  It is also being viewed as a matter of Civil Rights
Gun Control advocates continue to encourage MAY ISSUE Concealed Carry Laws. Under MAY ISSUE, if an individual meets all the criteria to qualify for a Concealed Carry Permit, authorities "may issue" the permit if they so choose.  Currently,  nine states are either completely or partially "MAY ISSUE" states. Six completely "may issue." They are: California, Hawaii, Maryland, Massachusetts. New Jersey and New York.  The remaining three states- Connecticut, Delaware and Rhode Island- have laws that are partially "may issue."

"May Issue" laws are flawed.   "May Issue" laws allow the opinion of the issuer to enter into the decision of whether to issue a permit.  Racism has played a factor in this decision.  Dr Martin Luther King Jr. applied for a concealed carry permit in Alabama in 1956 after his home had been bombed.  At the time, Alabama was a "may issue" state.  Although Dr. King was otherwise qualified, his concealed carry permit application was denied.  The best argument for SHALL ISSUE laws is it helps remove human  factors- such as racism - from the process.   If you are old enough and meet the requirements, you cannot be denied- as Dr. King was.
It is well worth reading Associate Justice Clarence Thomas' opinion in McDonald v. Chicago, 561 U.S. 742 (2010) on the Second Amendment, its history, and racism.   The Washington Post called it "...a scorcher of an opinion that reads like a mix of black history lesson and Black Panther Party manifesto..."
(I am not going to cite MTV as a source here, but I am going to provide a link to an interesting article on MTV on the Racist origins of Gun Control).

The bottom line is Gun Control has origins in post-Civil War racism.  But, the Constitution, and our laws as American must and should be absolutely color-blind or there will never be real Freedom and Justice for all.
Reference Links:
http://www.mtv.com/news/2900230/the-really-really-racist-history-of-gun-control-in-america/
http://www.mcclatchydc.com/news/crime/article89859017.html
https://www.americas1stfreedom.org/articles/2016/1/28/freedom-fighters/
http://www.washingtonpost.com/wp-dyn/content/article/2010/06/29/AR2010062905329.html
https://www.supremecourt.gov/opinions/09pdf/08-1521.pdf 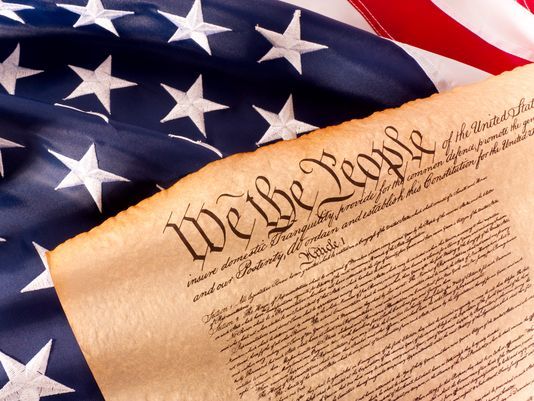 The RACISM of Gun Control