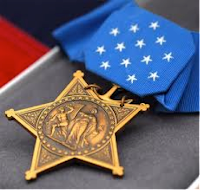 Tuesday, January 17, 2017, LCpl Jose Francisco Jimenez, USMC, recipient of the Congressional Medal of Honor, will be buried with full military honors at Glendale Memorial Park, in Glendale, Arizona.  He is being re-interred, from a cemetery near Mexico City, where he had been born.  He is finally "coming home" to a country he adopted, and country he loved, to rest next to his mother.

Jose had friends from high school who had been drafted. He had other friends who had volunteered for military service.  Although, as a Mexican national, whose mother worked for the Mexican government, he had no risk of ever being drafted, and had no moral obligation or duty to fight for the United States, he wanted too.  He loved the United States, and chose to defend her.  He volunteered to join the United States Marine Corp.

That choice would send him to Vietnam, where he was Fire Team Leader with Company K, 3rd Battalion, 7th Marines, 1st Marine Division. On 28 August 1969, he was killed in action, fighting for his "adopted country."

After Jose was killed in action, in 1969, he was buried in a cemetery near his place of birth, in Morela, Mexico.  It would take 17 years for the headstone, provided by the United States and designating him as a Medal of Honor recipient to reach him.  In 1969, his family could not afford to have the 135 pound  granite stone shipped to Mexico.  After learning of this in a news story, Marines who had served with Jose, and many who didn't, arranged to have his family, and the headstone sent to Morela.

A service for LCpl Jimenez was held in 1987, according to a story in the Arizona Republic. Sixty people attended a graveside service along with a Marine Corps honor guard- although there was some controversy, because of tensions between Mexico and the United States over the Vietnam War. President Ronald Reagan wrote a personal letter to Basillia Jimenez, Jose's mother, consoling her for her loss. It was read at the small ceremony.  President Reagan said, “He gave his life for his buddies and for the United States. His was the Marine Corps creed, ‘Semper Fidelis’ (always faithful), and I know you have that spirit.”

After the death of his mother, Basillia, the family wanted him to be moved to the United States, to be buried next to her in Glendale, but could not afford to do so. Individual Marines, active, reserve, retired, Marine families and others, learned of Jose's families wishes. They contributed and helped arrange to have LCpl Jimenez "come home" to Glendale, to rest next to his mother.

"For conspicuous gallantry and intrepidity at the risk of his life above and beyond the call of duty while serving as a Fire Team Leader with Company K, Third Battalion, Seventh Marines, First Marine Division in operations against the enemy in the Republic of Vietnam on 28 August 1969. On that date Lance Corporal Jimenez' unit came under heavy attack by North Vietnamese Army, soldiers concealed in well-camouflaged, emplacements. Lance Corporal Jimenez reacted by seizing the initiative and plunging forward toward the enemy positions. He personally destroyed several enemy personnel and silenced an antiaircraft weapon. Shouting encouragement to his companions, Lance Corporal Jimenez continued his aggressive forward movement. He slowly maneuvered to within ten feet of hostile soldiers who were firing automatic weapons from a trench and, in the face of vicious enemy fire, destroyed the position. Although he was by now the target of concentrated fire from hostile gunners intent upon halting his assault, Lance Corporal Jimenez continued to press forward. As he moved to attack another enemy soldier, he was mortally wounded. Lance Corporal Jimenez' indomitable courage, aggressive fighting spirit and unfaltering devotion to duty upheld the highest traditions of the Marine Corps and of the United States Naval Service. He gallantly gave his life for his country.”

And this Tuesday, he will finally be laid to rest, in HIS country.