With its Housing Manifesto the Labour Party has got its housing policy into a good place. 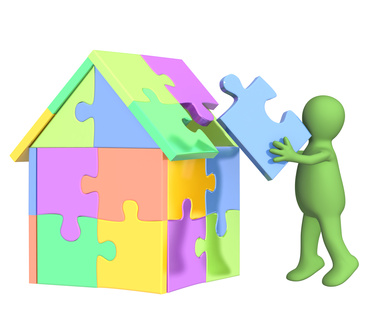 The Steve Hilditch of the housing blog Red Brick looks at the LP housing manifesto and likes what he sees.

There may be good reasons - in particular murder and mayhem on our streets - but another Election has passed in which housing has been the dog that didn’t bark.

Sadly too late to have the impact it deserves in the Election campaign, Labour yesterday published its Housing Manifesto, enlarging on and extending the housing section of the main Manifesto put out a couple of weeks ago.

References to housing so far have mainly consisted of the bandying about of some impressively large numbers. The LibDems played their trump card with the biggest housebuilding offer (300K a year), although their promise has been inflating as fast as their support was falling. It quickly became apparent that the Tories have spent the last seven years muddling up their housing target (hundreds of thousands) with their immigration target (tens of thousands) and just promised again what they failed to deliver in the past.

The housing section of Labour’s main Manifesto was quite well received, and this fuller version deserves praise for tackling the issues in a comprehensive way. When it comes to housing policy, the word comprehensive is important: it’s not just a numbers game, it’s about getting lots of elements of policy right so it adds up to an effective strategy.

The document covers all the tenures. In home ownership it focuses help in specifically on first time buyers, following up on the Redfearn review. It makes the important proposal to remove stamp duty on homes of less that £300K for two years, introduces permanently discounted FirstBuy homes, and restricts Help to Buy to first time buyers only. It implies that developers will qualify for Help to Buy only if they enter agreements on their building rates, which could be a game changing idea. And it borrows from Sadiq Khan in giving ‘first dibs’ to locals when homes go on sale.

Labour will also back existing home owners with a range of new initiatives. The safety net for low income home owners will be strengthened, long forgotten leaseholders will get new rights, and there will be new controls on variable rate mortgages. A new housing renewal programme is signalled alongside a new drive to insulate existing homes. There will be a review of housing options for older people wishing to downsize.

Building on the solid base of the Lyons Commission report, major changes to the operation of the housebuilding industry are proposed. The role of the Homes and Communities Agency will be strengthened, as will be the powers of local councils to assemble land closer to existing value. We are promised the biggest council house-building programme for 30 years. Help to Buy will be used as a bargaining chip to secure a wide-ranging agreement with the sector on output and standards in design and quality. There will be a review of the post-Brexit capacity of the construction industry.

To my great relief, Labour unambiguously promises a new programme of affordable homes for social rent, and the target will be to achieve 100,000 ‘genuinely affordable’ homes to rent or buy by 2022, which we have argued before on Red Brick is a sensible and realistic gearing up from the current abysmal position. Long term tenancies will be unbanned and right to buy will be suspended – to be reinstated only where full replacement can be guaranteed. More affordable housing will lead to housing benefit savings, which will be ploughed back to ease the worst aspects of the Tories’ benefits policy – like ending the Bedroom Tax.

There is a promise of a ‘consumer rights revolution’ for private renters. There will be new legal minimum standards with stronger enforcement and an extension of licensing. Three year tenancies will become the norm, with inflation-controlled rent rises. Lettings charges for tenants will be banned and councils will be encouraged to set up local lettings agencies in their areas.

Homelessness is seen as the most visible sign of the Tories’ failure. A target will be set to end rough sleeping in a campaign which will led by the new Prime Minister in a Labour Government. There will be a gradual shift to a 'Housing First' policy seen to be effective in other countries. They will halt the plans to change funding for supported housing to avoid the closure of homeless hostels.

All in all, this is a decent attempt at a comprehensive new housing policy in less than 20 pages. It has gaps, undoubtedly, in particular it could have said much more about planning and it looks at homelessness almost entirely from the perspective of rough sleeping – only one element of the growing problem. It has weaknesses – for example not addressing the long term balance of tenures and glossing over regional disparities, and it has a touching sense of confidence which I don't share that the Homes and Communities Agency can become the driving force behind housebuilding delivery.  And there will be many detailed  financial questions that need to be considered and answered.

Whether the document could have sparked a real debate around housing if it had been published earlier is open to question. Regrettably I can see very little coverage of it today except in specialist media. It is an area where Labour is strong - Jeremy Corbyn and John Healey in particular - and the Tories weak and threadbare. I guess we will never know, but, win or lose, Labour has at least got its housing policy into a good place.


This post first appeared on ORGANIZED RAGE, please read the originial post: here
People also like
Will there be homeless people in Heaven? Who cares?
6 Things You Need to Do to Engage Your Gen Y & Z Employees
The Book Depository – 7% discount on The Kiss Quotient
How to start a business by developing a Smart Housing Community Management Mobile App like MyGate?

With its Housing Manifesto the Labour Party has got its housing policy into a good place.