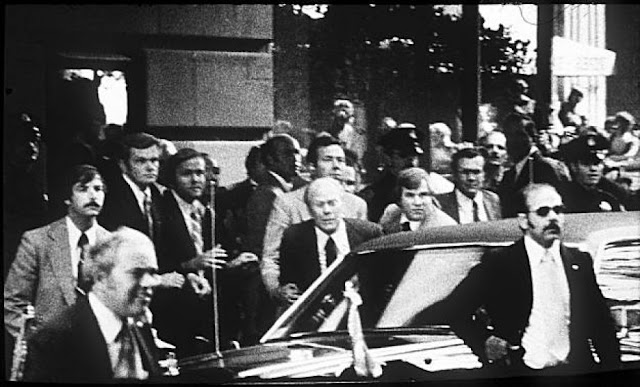 From April 4, 1841 until Nov. 22, 1963, a period of 122 years, America averaged a presidential death about every 15¼ years (we have now gone more than 50 years without an incumbent president's death). Some of those deaths were the clear outcomes of assassination attempts, and others were rumored to be — but never proven to be — assassinations.

I guess you really couldn't blame President Gerald Ford for wondering if there was a target on his chest. It was the second time in a month that he had been targeted for assassination — and both attempts were carried out by women in the state of California.

As a result of that first attempt, the Secret Service began putting more distance between Ford and the crowds who greeted him at his stops. That strategy was still evolving, but it may have prevented Ford's injury or death when, 40 years ago today, Sara Jane Moore attempted to shoot Ford from across a street in San Francisco. The gun never went off in that first attempt. It did go off in the second attempt, but the sights were off, so the shot missed.

The shot may also have been affected by the actions of a retired Marine standing next to Moore. Acting out of instinct, he reached for her just as she fired the first shot. Before Moore could fire a second shot, the ex–Marine reached for the gun and deflected the shot, which missed Ford by about six inches, ricocheted and wounded a taxi driver. 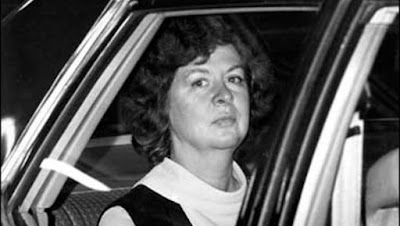 It turned out afterward that the retired Marine was gay, and his heroic act brought a lot of unwanted attention to him and his lifestyle. His big problem was that his family found out about his sexual orientation for the very first time through those news reports.

The man was outed, so I hear, by gay politician Harvey Milk, who was a friend of the man. Supposedly, Milk thought it was too good an opportunity to show the community that gays were capable of heroic deeds and advised the San Francisco Chronicle that the man was gay. That was the tragedy of the story. The man became estranged from his family, and his mental and physical health deteriorated over the years. Eventually, he reconciled with his family, but he drank heavily, gained weight and became paranoid and suicidal.

At times later in his life, he expressed regret at having deflected the shot intended for Ford. He was found dead in his bed in February 1989. Earlier in the day, he told a friend he had been turned away by a VA hospital where he had gone about difficulty he had been having breathing due to pneumonia.

I don't know if that was his cause of death or not, but his treatment after the incident speaks volumes about the America of the mid–'70s and the America of today. The man asked that his sexual orientation and other aspects of his life be withheld from publication, but the media ignored his request. President Ford was criticized at the time for not inviting the man to the White House to thank him and was accused of being homophobic. Ford insisted that he did not know until later about the man's sexual orientation; my memory is that the topic was never mentioned the next year when Ford ran for a full four–year term as president.

Ford lost that election, but the ex–Marine, Billy Sipple, lost a lot more than that. He was the unintended victim.