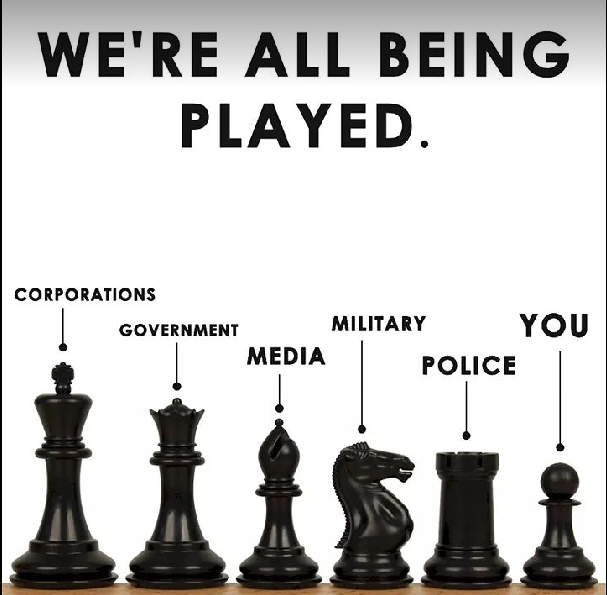 What a curious shift we make to escape thinking. --Herman Melville

Don't Play Their Games
by Still Bernin'
You ever get the feeling that you're just a pawn in someone's giant chess game?

The FCC doesn't think we get it. They believe we'll be more than happy to pay through the nose for access to the internet as we currently experience it. They feel that the internet is strictly a medium for corporations to endlessly advertise their products at ordinary folks and tell us how to think.

The EPA doesn't think we care about the quality of our water or air. We're happy to consume large amounts of fracking chemicals and agricultural run-off in our drinking water and breathe in the exhaust of unregulated coal-fired plants and the smog of bee-killing pesticides.

The Department of Justice doesn't think we've caught on to the fake "War on Drugs" and the for-profit Prison Industrial Complex. We're fine with them locking people up for decades for possessing something as little as a joint--especially if the individual involved is black or brown or white and very poor. Poor people of color are meant to be locked up--immigrants doubly so according to the DOJ.  (But even Cracked magazine has figured their game out. Watch their very good video on this topic below.)

The Congress thinks we believe giving massive tax breaks to the super-rich will somehow magically give us working class Americans more and better-paying jobs. A rising tide floats all yachts, don't you know? (But the CBO crunched the numbers and thinks otherwise--it will hurt the poor.) Health care for all will just magically appear out of nowhere once the billionaires have shed all responsibility for paying taxes. 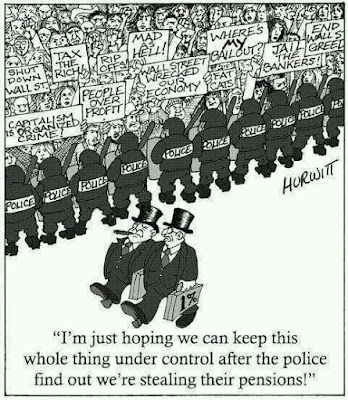 Yeah, and pigs could fly if they had wings. 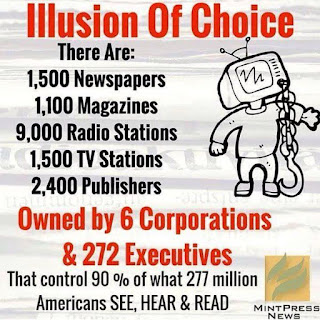 Why should our game masters think we'd fall for such obvious lies, obfuscations and other trickery? Could it be because they own 90% of what we see, read and hear? How are we suppose to know what's really happening if our game masters are busy all the time lying to us and preventing the truth from being known?

Right now, we have the internet to help us find that 10% of independent voices to find out what's really going on, but if we don't protect Net Neutrality, that option will soon be limited, if not shut down altogether. Senator Bernie Sanders says it well in the following video:

We can't afford to keep playing games--online video games or board games or political shenanigans. Time is of the essence. We need to kill this notion of taking away our net neutrality now so we can continue take on the game masters who gamble our environment, economy and health care away without conscience.

Let your voices be heard online at the FCC by leaving a comment this week and in person by joining a nearby net neutrality march on December 7 (see below).  The only way to win this game is not to play by their corrupt rules. We play by our rules. And we play to win. 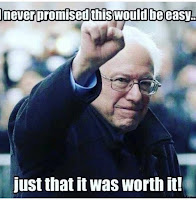 BIO: Still Bernin' isn't taking the threats to our democracy lying down. Destroying net neutrality is the establishment's first step toward censoring our freedom of expression. These oligarchic fascists aren't going to get away with this! Fight back! 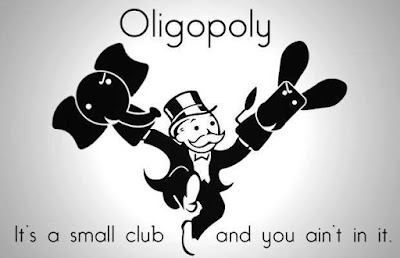 It’s a great early Christmas present for Verizon, Comcast, and the rest of Big Cable, but terrible news for pretty much everyone else who uses the internet.
We’re not backing down from defending the internet we all know and love. Today we’re announcing December 7 will be a massive, nationwide day of protests at Verizon stores across the country.

Click here to find a Verizon store protest near you on December 7.

Before becoming Trump’s FCC Chair, Ajit Pai was a top lawyer at Verizon. And he’s acting like he’s still on their payroll.Instead of looking out for ordinary Americans who depend on a free and open internet for their healthcare, education, and livelihoods, Pai is paving the way for monopolistic ISPs to block and censor what we see online, and push anyone who can’t pay extra fees into “internet slow lanes.” The impact on free speech and innovation online will be devastating.

Pai and his buddies on Team Cable have gone out of their way to make it sound like they support the free and open internet, just not the supposedly “burdensome regulations” of Title II.

But make no mistake: Without Title II, there. is. no. net. neutrality.

Save Title II net neutrality. Find a protest at a Verizon store near you.

Already today, internet users made an astonishing 75,000 phone calls to Congress through BattleForTheNet.com. Now we need to take that energy and hit Verizon where it hurts – their profits – with protests at their stores during the busy holiday shopping season.

We won’t kid you – we are one very big step closer to losing net neutrality for good. But all is not lost.

There are still dozens of lawmakers on the fence who can intervene and force Pai back from this awful plan to kill net neutrality. They need to see and hear an enormous public outcry before they will act – and that’s why many of these protests will march afterward to nearby district offices for members of Congress and demand action.

Join your fellow internet users December 7 to save net neutrality. Find a Verizon store protest near you.

Thanks for taking action,
Carli Stevenson
Campaigner
Demand Progress
P.S. Don’t see a Verizon store protest in your city yet? Click here to start your own. It’s easy and we’ll be in touch with all the info you’ll need.
DONATE
*** 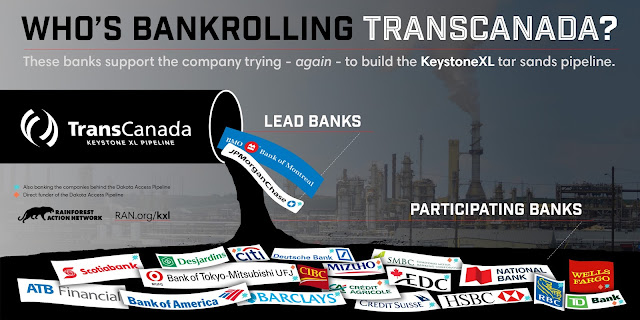 You ever wonder who's bankrolling the tar sand pipelines or funding the Dakota Access pipeline? Rainforest Action Network made some great graphics to show you how many banks are involved in destroying our environment. This is the sort of information that will be difficult to find if  neutral access to the internet is taken away from Americans and given to corporations. This is why we must fight for net neutrality. We need to know who to fight against--and who to stop doing business with. Boycott, divest and sanction these banks today!

It seems like common sense, doesn’t it? A refuge is meant to be just that, a haven set aside and fiercely protected no matter what. But, Trump and his administration don’t seem to follow common sense when it comes to pretty much anything so we’re ready to pitch in and win this fight once and for all. That's why we've teamed up with a fierce coalition of dedicated organizations including the Sierra Club on a joint petition on the sign for good website.

Giving the fossil fuel industry free reign of this vital resource would be devastating. You know it, I know it, and the thousands of activists, scientists, and organizations who have been fighting against this for decades know it too. This would destroy one of the world’s most iconic landscapes -- critical for the survival of many Alaska Native people including the Gwich’in Nation, as well as being a home to migratory birds from six continents, and the porcupine caribou herd.

With climate change already threatening the fragile refuge, it’s unacceptable that the administration and Congress are putting the needs of Big Business and Big Oil before our planet and ecosystems. Activists and environmentalists have been fighting against dangerous drilling here for decades – and we can’t give up.

Together with the Sierra Club and a powerful coalition of other committed organizations, we’re poised and ready to put a stop to this looming disaster. SumOfUs members like you have already made big waves in the oil and gas industry showing time and time again that we’re ready to move forward when it comes to our energy needs, not backwards. We want sustainable and renewable resources for all and we won’t be bullied by billionaires who want to destroy our planet just to line their pockets.

Sign the Petition
Thanks for all that you do,
Maggie, Sondhya, Reem and the team at SumOfUs

***
From Friends of the Earth:


“We are on course for ecological Armageddon.” That’s how one scientist describes the latest data showing that nearly 75 percent of insects in German nature preserves have declined in the last 25 years -- thanks to pesticides and habitat loss.

Bees are among the insects that are dying at alarming rates. They pollinate one in three bites of food we eat -- including some of our Thanksgiving favorites. Can you imagine your holiday without pumpkin pie or cranberry sauce?

If we want to save the bees, we need to rapidly shift our food production away from toxic, bee-killing pesticides. Supermarkets could help make that happen -- starting with Kroger, one of the largest supermarkets in the country. But we need your help to convince Kroger to act.

Bees are critical to the health of our environment and necessary for growing the food we eat. If we lose pollinators, then we lose crops, and finally we lose nourishment for people. It’s just that simple.

One class of pesticide of greatest concern is neonics. These toxic pesticides are contributing to bee and insect declines. They are widely used in agriculture -- on more than 140 crops.

Other countries are acting on neonics. This month, the UK environment secretary announced the country would back a total ban on neonics.

But with Trump in the White House and Scott Pruitt running the EPA, we can’t count on the federal government to get these pesticides out of our food system. We need supermarkets to step up!

Friends of the Earth members like you helped transform nearly three-quarters of the garden industry by pushing companies like Lowe’s, Home Depot and True Value to stop selling plants grown with neonics. This shows that when you pressure companies to act, they respond.

This Thanksgiving, we need your help to turn up the pressure to save our environment from chemical contamination. Remind Kroger that it won’t be able to sell Thanksgiving staples unless it takes immediate action.

It is awfully hard to provide a tax cut to someone with negative income.

The rural economy is struggling in Iowa and across the nation. Many farmers will not turn a profit this year. So tax cuts are irrelevant.

When you're a farmer like me, there is little economic security. And yet, Trump is slashing programs that are life-sustaining for communities like my own. Cutting Medicare, Medicaid, education, and infrastructure will hurt farmers like me.

How exactly are small businesses owners like me supposed to survive when the GOP cuts the programs we depend on?

The GOP tax cuts are going straight into the pockets of the wealthy. While farmers have negative income, huge corporations are getting another fat check.

What small business owners and our communities need is access to affordable healthcare, well-funded schools, and well-maintained farm-to-market roads. The Republican tax cuts and subsequent budget cuts do nothing to improve these things.

But if small business owners speak out, we can expose how disastrous Trump's tax scam is for all of us.


If you’re a small business owner, sign this petition. Let Congress know that they’re putting our livelihoods at risk. 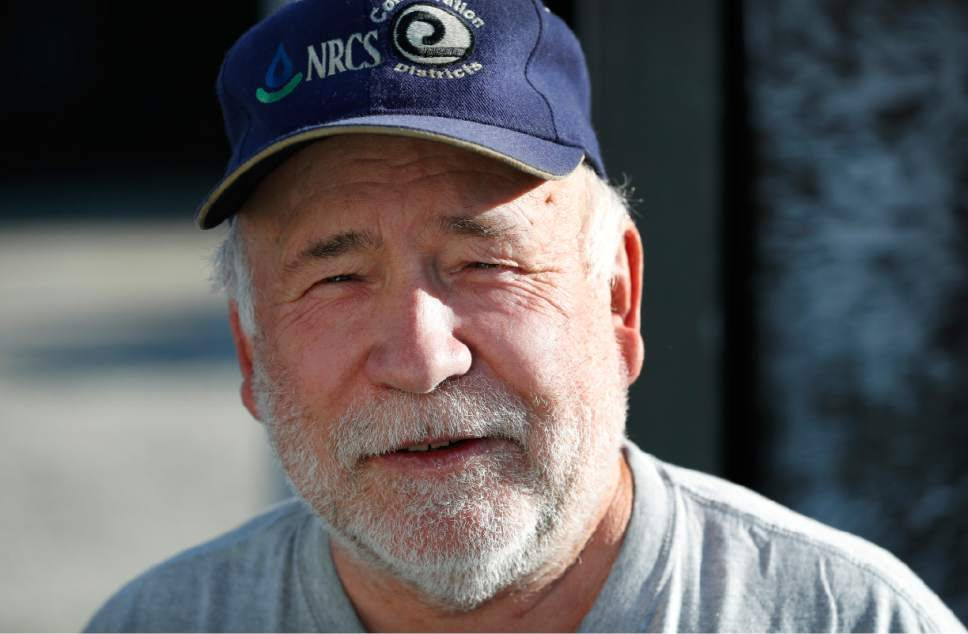 Oedro – Independence Day Sale: Up to …
MC393823: Improvements to SharePoint …
The Friday Roundup – Originality, You…
A Guide To Visiting Antigua, Guatemal…