Joe Exotic's conviction was affirmed.  But he got a new Sentencing based on a grouping violation under the Sentencing Guidelines. 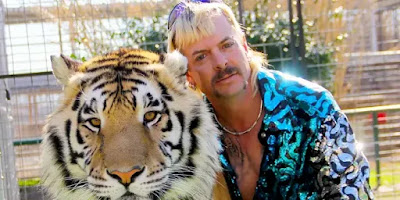 The opinion is here.

A federal appeals Court ruled Wednesday that “Tiger King” Joe Exotic should get a shorter prison sentence for his role in a murder-for-hire plot and violating federal wildlife laws.

Doudoune longue zippée à capuche, ple…
The Future of Cryptocurrency in India
7 Reasons Why You Should Hire A Femal…
Keeping in Touch – Chapter 2
The Edward de Vere Society (EdVS)

Joe Exotic, whose real name is Joseph Maldonado-Passage, was sentenced in January 2020 to 22 years in federal prison after being convicted of trying to hire two different men to kill animal rights activist Carole Baskin. A three-judge panel for the U.S. Court of Appeals for the 10th Circuit in Denver found that the trial court wrongly treated those two convictions separately in calculating his prison term under sentencing guidelines.

The blond mullet-wearing zookeeper, known for his expletive-laden rants on YouTube and a failed 2018 Oklahoma gubernatorial campaign, was prominently featured in the popular Netflix documentary “Tiger King: Murder, Mayhem and Madness.”

The panel agreed with Maldonado-Passage that the court should have treated them as one conviction at sentencing because they both involved the same goal of killing Baskin, who runs a rescue sanctuary for big cats in Florida. According to the ruling, the court should have calculated his advisory sentencing range to be between 17 1/2 years and just under 22 years in prison, rather than between just under 22 years and 27 years in prison. The court ordered the trial court to re-sentence Maldonado-Passage.