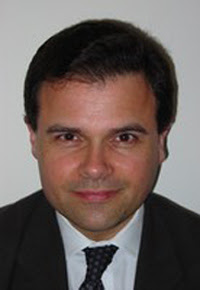 The Judgement of the International Court of Justice in the case of Bosnia and Herzegovina vs. Serbia and Montenegro is interesting in a number of respects, not least in how it knocks holes in the arguments of the cruise missile left and puts question marks over the approved history of the Balkan wars of the 1990s. It also dents the increasing tendency for the activist school of law to get mixed up in international affairs.

The case, alleging that the Serbian government of the late Slobodan Milošević was responsible for waging a campaign of genocide against non-Serbs, was brought by the Izetbegović government in Sarajevo in the early stages of the Bosnian war. This, it should be noted, was long before the Srebrenica massacre, which was added to the case later. Thus, the ICJ has thrown out the original case – except for a few riders relating to Srebrenica – and implicitly recognised that the very real atrocities which took place in Bosnia, although definitely war crimes deserving of punishment, were not the replay of the Holocaust alleged by the media coverage of the time; and that the myth of the evil genius in Belgrade directing everything was just that.

The Srebrenica riders are there, of course. These represent the basic legal genuflection necessary to the ICTY (the US-NATO Inquisition in The Hague, no relation to the ICJ down the road). Although the ICTY is of dubious legal standing and has a tendency to make up the rules as it goes along, the ICJ was not asked to review its operations. The riders flow from the conviction of General Radislav Krstić on charges of genocide for his role in the Srebrenica massacre. This verdict falls within the letter of the Genocide Convention, and I will say no more about it except that the ICTY is adopting a rather broad definition of genocide which could lead to all sorts of other atrocities being considered genocide – I prefer a narrow definition, on the grounds that throwing around concepts like “genocide” or “fascism” promiscuously removes their power.

Under the ICTY system, the Krstić verdict is the bottom layer of a house of cards. The charge of genocide is extended to Ratko Mladić, on the assumption that Krstić must have been acting under orders; likewise to then Republika Srpska president Karadžić, according to the doctrine of “command responsibility” which the ICTY applies only to crimes committed by Serbs; and an unsuccessful attempt was made to pin it on Milošević, on the general principle that the leader of the officially designated Evil Nation must have been responsible. Thus the ICJ condemns Belgrade for failing to use its influence to prevent Srebrenica (although that is itself a notable retraction from the assumption that Belgrade had direct control over the Republika Srpska army) and for failing to hand over Mladić to the ICTY (assuming Mladić is in Serbia, and not say Bosnia or Montenegro). But this is thin gruel for the Milošević = Hitler school of thought.

There are a lot of people for whom this verdict will be unwelcome. The neocon-Wahhabi alliance who were the main outside protagonists will be annoyed, but they have other fish to fry now and will go on their merry way. More severely put out will be the Bosnian Muslim leadership, who had hoped to get an official designation of Serbian collective guilt and impose a Versailles-style settlement that would have propped up their failed statelet with reparations imposed on Serbia’s already ruined economy. But then, they don’t run Bosnia anyway.

What is interesting in this is the effect the verdict has on the liberal hawks, whether the hardcore neocons of the soi-disant Decent Left or the more woolly Guardian tendency. For both Bosnia has a huge significance – either justifying Iraq in the former case, or in the latter by contrasting the Iraqi disaster with the Good Intervention led by the Holy Clintons. It is also worth noting, as Conor Foley points out, that the liberal hawks like to ignore the UN Charter, Nuremberg judgements and the entire corpus of international law according to which “humanitarian intervention” is extremely illegal. Rather, they prefer to give imaginative interpretations of the Genocide Convention and extrapolate from that a “duty to protect” the citizens of enemy states from their own governments, whether or not those citizens actually want to be invaded.

So it was predictable that the Grauniad’s long-time Balkan correspondent Ian Traynor should turn in a report headlined “Serbia condemned for Srebrenica despite acquittal on genocide charge” while referring in a subheading to a “damning verdict”. Traynor skates lightly over the bulk of the verdict, while focussing almost entirely on the Srebrenica clauses. He also bellyaches about how ethnic cleansing carried out by Bosnian Serbs in 1992 was not condemned as genocide. (Traynor makes no mention of atrocities carried out against Serbs, which is par for the course for him.) As if to underline that Traynor is no loose cannon, a leader in the same day’s paper alleged that “an entire nation has been held to judicial account for genocide”.

This sort of thing is what might be expected from the Grauniad. Let’s recap what happened in the September 2006 Bosnian elections. In the Republika Srpska the nationalists – Karadžić’s SDS and the Radicals – were heavily defeated by the Independent Social Democrats, under the leadership of Milorad Dodik, long the pet moderate of the “international community”, which is how he got to be prime minister in 1998 when his party only held two seats out of 83 in the People’s Assembly. Dodik’s election platform was to uphold the Dayton Accords and make the governmental structures work. In Croat districts the Tudjmanite HDZ was not defeated by the Social Democrats, but was run relatively close. Meanwhile the Muslim community was divided between mad chauvinists and even madder chauvinists, who competed with each other on a platform of who was most enthusiastic about ripping up the federal Dayton constitution and establishing a Muslim-dominated unitary state – exactly the demand that got them into the 1992-95 war in the first place.

How did Traynor report this election? With an article entitled “Serb move may trigger new war”, based on a remark by Dodik that, if Kosovo was entitled to a referendum on independence, so too was Republika Srpska. For Traynor’s fertile imagination, this signalled that “Serbia may be plotting to annex large tracts of Bosnia”, although Dodik had said no such thing. This is to be explained not by any deliberate dishonesty on Traynor’s part – I can’t read his mind – but by his attempts to make sense of inconvenient facts within a rigid ideological framework. If Traynor regards the anti-nationalist Dodik as a “hardline nationalist”, this is only to be expected from one who regards virtually all Serbs, except for Sonja Biserko and her little clique of Imperial caddies, as “hardline nationalists”.

Turning to the more hawkish wing, I notice this load of gobbledegook from the egregious Oliver Kamm. Our boy huffs and puffs a bit about the Guardian’s coverage; argues that it doesn’t matter that the evidence was not legally sufficient to convict Serbia, because he (Kamm) was convinced by the circumstantial evidence; and maunders about the judgement of history. Generally, one could say that Kamm is not writing about the judgement the ICJ actually delivered, but about the judgement it would have delivered if the panel of judges had included great minds of our time such as Norm Geras, Dave Aaronovitch, Francis Wheen, Marko Attila Hoare, Martin Bell and, er, Oliver Kamm.

It will come as no surprise to regular readers of Kamm that he manages to drag this round to a discussion of his bête noire Chomsky, and specifically yet another defence of Emma Brockes’ notorious hoax interview in the Guardian. (At this point, I actually feel really sorry for Emma. With the Grauniad brass who set up the Chomsky hatchet-job having piled all the blame onto her, it will take years for her to live the episode down. Her task is made no easier by Kamm and Cohen offering unsolicited defences of an article she doesn’t defend herself.) In that case, despite both the Readers’ Editor and External Ombudsman giving short shrift to the Francis Kammovitch letter in Brockes’ defence, Kamm blustered about deficiencies in the Graun’s appellate procedures. The chief of these being that Kamm et al were not allowed indefinite appeals until such time as they got the right result. Even Alex Ferguson might look askance at that.

Experience Unforgettable Pleasure: Di…
It's Time To Rebuild
3 Christian art work app
29 The Wicked Woman
Hu Jiaqi: Happiness Is Acquired in Et…
If Kamm’s article doesn’t appear to make much sense, there is a reason for that which, despite Kamm’s style giving this impression, has nothing to do with a lack of intelligence on the part of the reader. Roger Ebert says that the first rule of movie criticism is: A film is not about what it is about, but how it is about it. Applied to literature, the Iliad is not about the Trojan War, but about the wrath of Achilles. Kamm is no Homer, but the same rule applies. When Kamm writes about the Middle East, the Balkans, George Lansbury or Reinhold Niebuhr, these articles are not about what they appear to be about – their real subject is what a clever clogs Oliver Kamm is. This goes in spades for Kamm’s slightly disturbing cyber-stalking of Chomsky, which for some reason puts me in mind of a teenage boy obsessed with his older brother’s penis.

PS. I also notice in the Grauniad a letter from an old mucker of mine, Prof Martin Shaw, taking issue with the ICJ’s “perverse” judgement. Martin’s logic seems to be that Slobo must have been guilty of genocide because he (Martin) has said so in a book, and so have several other people he respects. Well, I’m certainly convinced by that. This is an obvious trick the eminent judges missed in their 10-month deliberations. After all, if the judges had had the benefit of reading Martin Shaw or Branka Magaš, there would be no question of reasonable doubt.

Update 6.3.07: For more on the ICJ judgement and its reception, this typically excellent article by Nebojša Malić is well worth a look.