DEA Refuses To Reclassify Marijuana But Acts To Facilitate Research 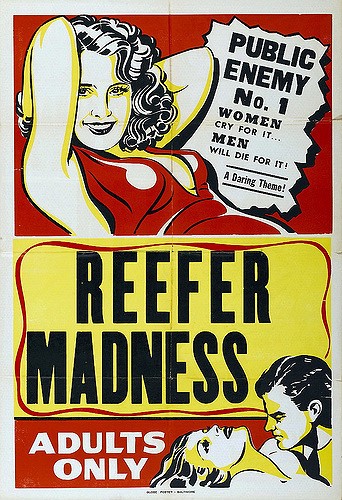 The DEA has rejected a request to reclassify Marijuana and it will remain a Schedule 1 drug. NPR reported on the decision, and the questionable rational:

The Obama administration has denied a bid by two Democratic governors to reconsider how it treats marijuana under federal drug control laws, keeping the drug for now, at least, in the most restrictive category for U.S. law enforcement purposes.

Motivational Tips to Help You Stick …
CBD 2020: What to Expect + Our Top Pr…
Why Friday The 13th Will Be Your Luck…
Digital Currency – A Better Substitut…
‘A Pound for a Poo’ in Stratford upon…

Drug Enforcement Administration chief Chuck Rosenberg says the decision is rooted in science. Rosenberg gave “enormous weight” to conclusions by the Food and Drug Administration that marijuana has “no currently accepted medical use in treatment in the United States,” and by some measures, it remains highly vulnerable to abuse as the most commonly used illicit drug across the nation.

Marijuana is considered a Schedule I drug under the Controlled Substances Act, alongside heroin and LSD, while other, highly addictive substances including oxycodone and methamphetamine are regulated differently under Schedule II of the law. But marijuana’s designation has nothing to do with danger, Rosenberg said.

This conflicts with a growing body of evidence that marijuana does have Medical Benefits, along with being safer than opiates for treatment of chronic pain.

The DEA did include one item in its decision which could lead to an increase in research on medical benefits of marijuana:

DEA announced a policy change designed to foster research by expanding the number of DEA- registered marijuana manufacturers. This change should provide researchers with a more varied and robust supply of marijuana. At present, there is only one entity authorized to produce marijuana to supply researchers in the United States: the University of Mississippi, operating under a contract with NIDA. Consistent with the CSA and U.S. treaty obligations, DEA’s new policy will allow additional entities to apply to become registered with DEA so that they may grow and distribute marijuana for FDA-authorized research purposes.

Of the presidential candidates this year, Hillary Clinton has been the most conservative on marijuana and drug policy, while Jill Stein and Gary Johnson support legalization. Donald Trump has spoken of legalization in the past, but is hardly consistent on this, or virtually anything else.

DEA Refuses To Reclassify Marijuana But Acts To Facilitate Research