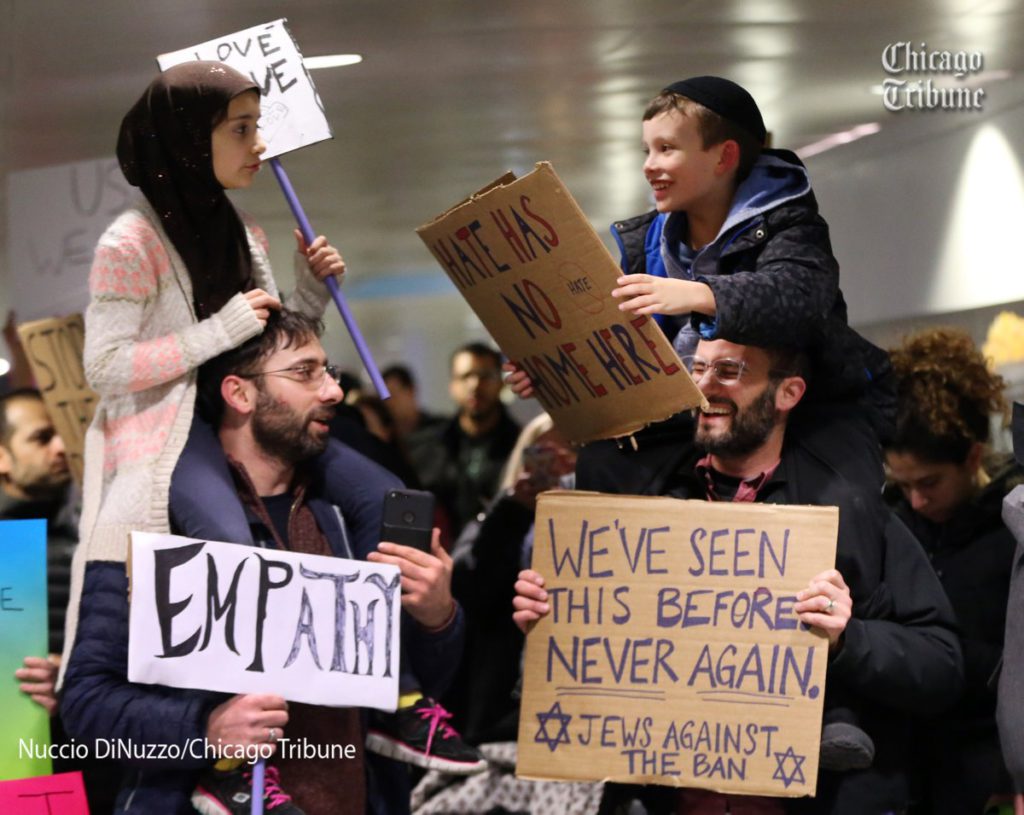 There were two setbacks for the Trump administration today. The more significant was an appeals court ruling against Trump’s travel ban:

A three-judge federal appeals panel on Thursday unanimously refused to reinstate President Trump’s targeted travel ban, delivering the latest and most stinging judicial rebuke to his effort to make good on a campaign promise and tighten the standards for entry into the United States.

The ruling was the first from an appeals court on the travel ban, and it was focused on the narrow question of whether it should be blocked while courts consider its lawfulness. The decision is likely to be quickly appealed to the United States Supreme Court.

That court remains short-handed and could deadlock. A 4-to-4 tie in the Supreme Court would leave the appeals court’s ruling in place.

I’ve seen some Trump supporters write this off to a decision of a liberal court. Note that this three judge court ruled unanimously on the issue, including a judge appointed by George W. Bush. (The other two were appointed by Carter and Obama). This ruling was not partisan, considering how blatantly Trump’s Muslim ban violates the Constitution.

Also today, Kellyanne Conway was “counseled” after she broke ethics rules in promoting Ivanka Trump’s products while speaking at the White House.

Peter Schweizer, who has worked closely with Trump chief strategist Stephen K. Bannon and wrote a book, “Clinton Cash,” that was critical of donations to the Clinton Foundation, said, “They’ve crossed a very, very important, bright line, and it’s not good.”

“To encourage Americans to buy goods from companies owned by the first family is totally out of bounds and needs to stop,” Schweizer added. “Clearly, the Trumps feel some of this is related to politics. But whether that’s true or not, these marketing battles need to be fought by Ivanka and her company. They cannot and should not be fought by government employees and the White House.”

I imagine that being  Conway being “counseled” is comparable to when Hillary Clinton was told that she should be using a government server for her email when she was found to be ignoring this rule. Hopefully Conway pays more attention. More importantly, hopefully the entire Trump administration pays more attention–perhaps starting with Donald Trump releasing his income tax returns.

Realistically this is a relatively trivial incident. If anything, being promoted by Conway might even further reduce Ivanka’s sales, which have been suffering by the poor opinion about her father. What is more important are the vast conflicts of interest present in the financial interests of Trump’s family (along with the financial interests of some of his cabinet appointees).

Most of the examples will probably turn out to be more mundane actions in which government actions might benefit Trump’s business holdings. One of the more interesting examples was repeated in the same article linked above:

The Conway episode followed other instances in which Trump’s political rise and his presidency have provided a promotional platform for the family businesses.

On Monday, first lady Melania Trump filed a lawsuit accusing a British news company of publishing an inaccurate story that hurt her ability to take advantage of a “once in a lifetime opportunity” to build her brand of jewelry and accessories. The lawsuit said that the August 2016 article, which falsely suggested Melania Trump had once worked for an escort service, damaged her ability to build “multimillion dollar business relationships for a multi-year term” and damaged her brand during a time when Trump “is one of the most photographed women in the world.”