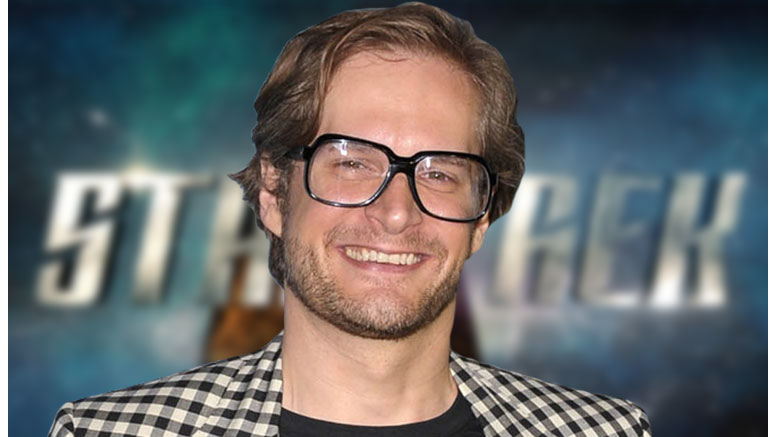 Variety reports that Bryan Fuller has stepped down as show runner of Star Trek Discovery.

The decision was made late last week to hand the day-to-day showrunning reins to “Star Trek” exec producers Gretchen Berg and Aaron Harberts as “Discovery” gears up for the start of filming next month and a May 2017 premiere date. Fuller, who will remain an executive producer, will still be involved in breaking stories, and the show will continue to follow his vision for the universe that this latest “Trek” series will inhabit. Writer-director Akiva Goldsman is also expected to join “Discovery” in a top creative role…

Sources said there had been some strain between “Star Trek” producer CBS Television Studios and Fuller over the progress of production on the show, as Fuller is also juggling the final weeks of shooting and post-production duties on Starz’s upcoming drama “American Gods” and prepping a reboot of “Amazing Stories” for NBC. Fuller has penned the first two scripts for “Discovery” and has hammered out the broader story arc and mythology for the new “Trek” realm

It is now official that Sherlock will return in the US and the UK on January 1. Trailer above.

Saturday marked the 50th anniversary of the first regeneration of Doctor Who when William Hartnell was replaced by Patrick Troughton. Now we anticipate such changes, but it sure must have been a surprise to viewers to see the lead in the show change in such a unique manner.

Inverse looks at what we know so far about the upcoming Superhero-themed Doctor Who Christmas Special (sneak peak video above):

“The Christmas specials generally always have a kind of warmer feel … this Christmas special that we’ve done … has caught the feeling of that kind of superhero movie,” Capaldi said in new sneak-peak from BBC America. He also called this superhero “ironic” and “funny,” but made it clear that this would be a legit superhero story in that it would be “quite exciting.”

The new clip from BBC America isn’t a full trailer, so we don’t have much new information about the superhero, still only mysteriously known as “Grant.” Reiterating his previous comments from New York Comic Con, Who showrunner Steven Moffat said that he feels the best superhero story is still “Clark Kent,” which doubles-down on the idea that this story and “Grant” in particular will be more focused on a secret identity than a story about superpowers.

Humans returns on Channel 4 this week. Den of Geek has interviews with members of the the cast. 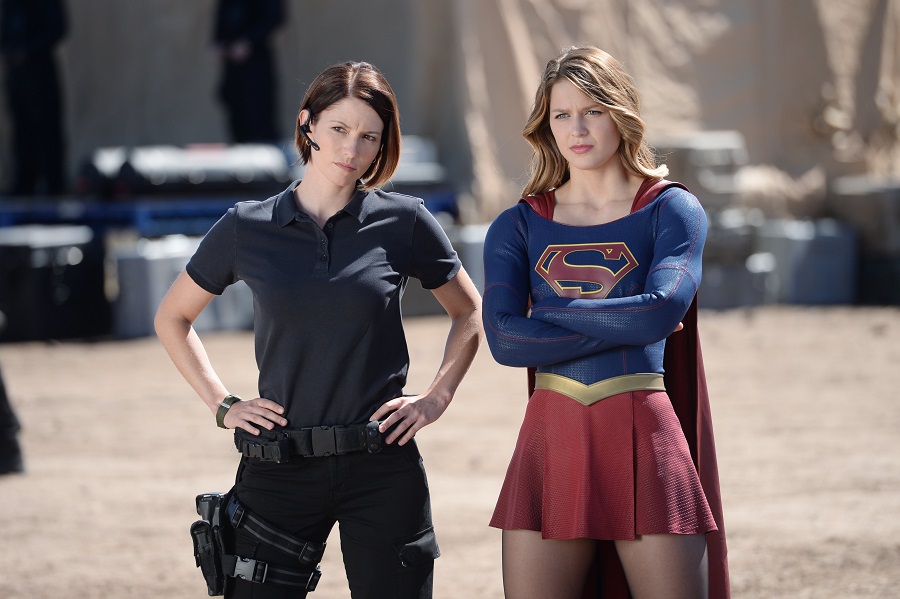 The Hollywood Reporter looks at what happened on the DC shows on Fox and The CW Network last week. This includes the revelation on Gotham that Penguin is gay, and speculation that Alex Danvers on Supergirl is also gay. We have a new version of Harrison Wells (who presumably will turn out to be evil) and the return of Killer Frost on The Flash. We are going to get yet another superhero on Arrow with District Attorney Adrian Chase becoming Vigilante. Legends of Tomorrow potentially has major changes for Ray Palmer (unless he just rebuilds his A.T.O.M. suit) and a mysterious warning from Barry Allen of 2056.

Movie Fone has additional news on the CW shows.

If there wasn’t already far too many genre related shows to keep up with, Greg Berlanti of CW’s DC superhero shows and Jason Rothenberg, show runner of The 100, are working together on a new show for The CW Network. Deadline reports:

Written by Rothenberg, Searchers is about a group of unlikely heroes who find themselves on the journey of a lifetime. Ten years after the death of their parents, a pragmatic brother and free spirited sister are forced to team up when they learn that their mother’s terrifying and bizarre stories may be a road map to discovering the great legends, myths, and unexplainable mysteries of the world.

Girlmore Girls returns on Friday, November 25. Perfect for an all-nighter after Thanksgiving dinner, and can be completed with plenty of time to spare before the Michigan-Ohio State game. Netflix released the official trailer above, complete with Wonder Woman and mention of Superman.

Gilmore girls makes its much-anticipated return with four memorable chapters from the lives of Lorelai, Emily, Rory and countless more Stars Hollow stalwarts. Picking up nine years after we last dropped in on the whimsical Connecticut town, Gilmore girls: A Year in the Life finds each of our leading ladies at a major crossroad: Lorelai’s relationship with Luke is at an unnerving standstill; Rory’s budding journalism career in New York has stalled before it’s even begun; and Emily’s world is turned upside down following the untimely passing of her beloved husband, Richard.

Talks are underway for a possible new season of Will and Grace.