The Race Has Settled With Clinton Having A Solid Lead 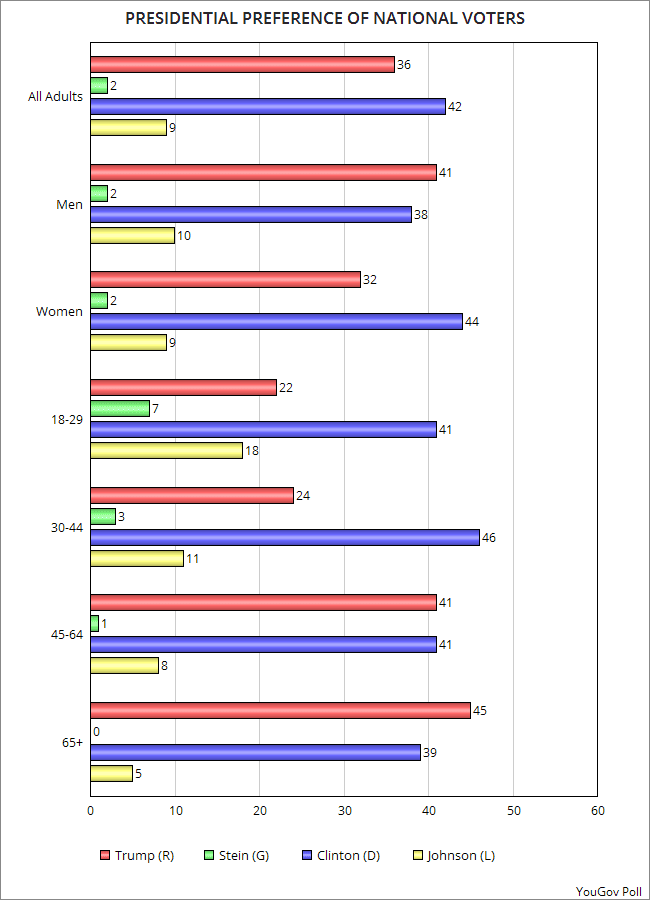 Now that the conventions have been over for a couple of weeks, the race for president seems to have settled down with Hillary Clinton having a significant lead over Donald Trump. That is not just the verdict of one poll, but of all the polls.

One of the newest polls in the YouGov Poll -- done between August 6th and 9th of a random national sample of 1,300 voters, with a margin of error of 3.9 points. It shows Hillary Clinton with a 6 point lead.

Perhaps the most important factor is the large lead Clinton has among women voters. She leads Trump by 12 points among women, while Trump has only a 3 point lead among men. That's a significant difference, since women have voted in larger numbers than men in past elections.

There's still about 11 weeks until the election, and things could always change -- but Trump needs to change a lot of these numbers if he is to win the presidency. Personally, I think the only thing that could cause him to win is complacency -- if the voters think Clinton has it in the bag and don't bother to go vote.

The Race Has Settled With Clinton Having A Solid Lead