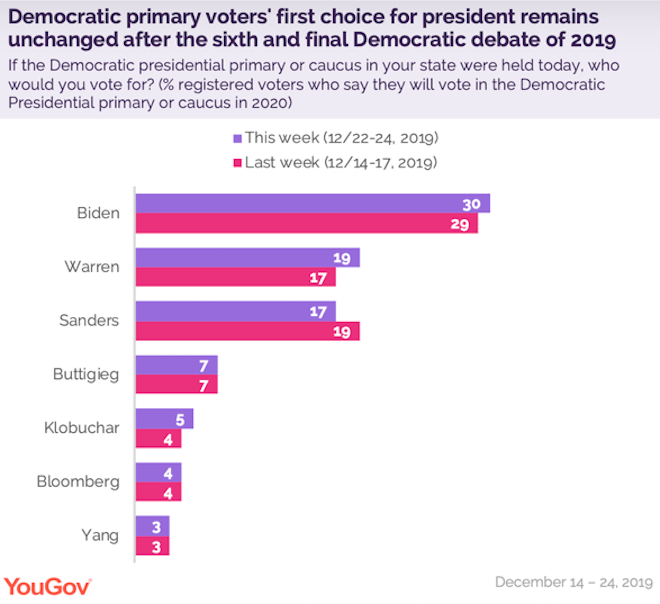 Note that there is very little change from before the debate and after the debate. And what little change there was can easily be discounted because of the margin of error (which is probably in the 4 to 5 point range).

There's only slightly over a month until the first voting occurs in Iowa and then New Hampshire. This set of supports for each candidate has been fairly stable on the national level for a while now. Is there going to be a change before voting begins, or are we looking at how the primaries will go through Super Tuesday?