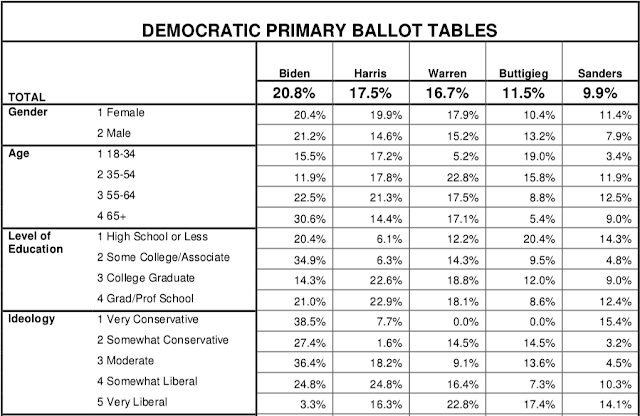 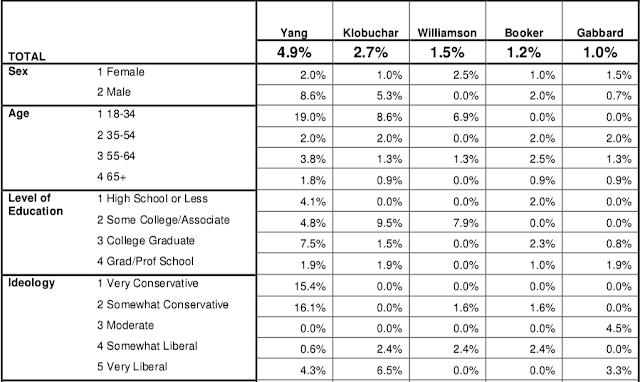 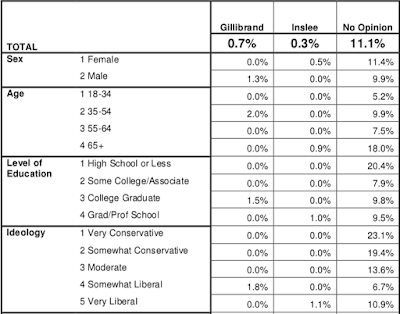 The charts above Are from the St. Anselm College Poll -- done between July 10th and 12th of 351 registered voters likely to vote in the New Hampshire Democratic primary. It has a margin of error of 5.2 points.

In 2016, New Hampshire was an important state for Bernie Sanders. He won the primary there easily, getting slightly more than 60% of the vote. It showed he was a serious candidate, and propelled him to victories in other states.

New Hampshire looks far different for Sanders in the current campaign. As the charts show, he is having trouble getting even 10% of the New Hampshire Democratic vote, and trails four other candidates -- Joe Biden (20.8%), Kamala Harris (17.5%), Elizabeth Warren (16.7%), and Pete Buttigieg (11.5%).

This signals trouble for the Sanders campaign in 2020. If he cannot win in New Hampshire (a neighboring state), or at least make a strong showing there, then his chances to secure the nomination look very dim.