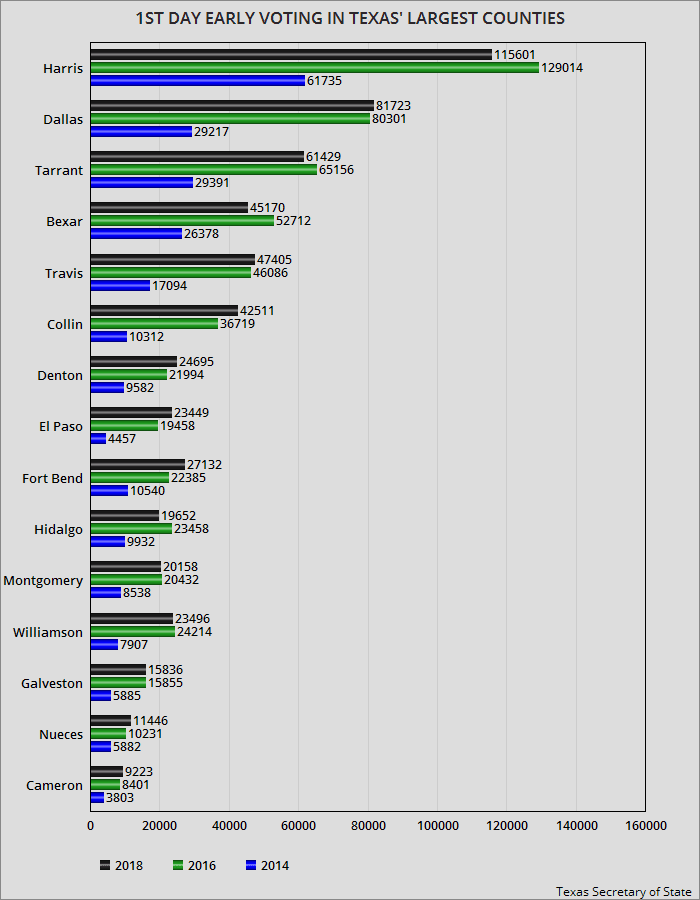 The general consensus is that a huge voter turnout benefits Democrats. If that is true, then Texas Democrats should be happy with the way early voting is going in Texas.

That early voting started on Monday, and that day saw a huge voter turnout -- much larger than the previous midterm election in 2014. In fact, that first day of early voting rivaled the first day in the 2016 presidential election year.

Does that men Democrats will sweep Texas. Probably not. Texas is still a very red state. But it does mean Democrats have a good chance to take some competitive House districts away from the Republicans -- and maybe even grab the Senate seat for the first time in three decades.

The chart above uses the first day numbers provided by the office of the Texas Secretary of State. It shows the turnout numbers for the first day of early voting in 15 of the largest counties in the state. Those counties have about 65% of the 15.8 million registered voters in Texas.