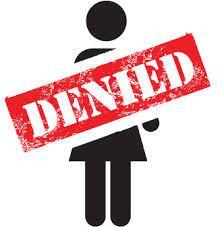 (The graphic image at the left is from Feministe.)

Donald Trump and his Republican congressional cohorts were unable to completely repeal Obamacare (the Affordable Care Act), but they did damage it. And their changes, particularly the abolition of the individual mandate, had a negative effect on health care -- causing millions to have to go with insurance because of rising insurance premiums.

Now Trump wants to do away with another provision of Obamacare. He has asked a federal court in Texas to strike down the provision that says insurance companies cannot deny insurance or charge higher prices for insurance because of a pre-existing health condition.

How many Americans would that affect? Consider this from the Center for American Progress:

I don't know why Trump would do something that would hurt so many Americans. Does he care only about helping his buddies that are insurance executives make even more obscene profits? Does he just not care whether millions of Americans can access heal care or not? Or does nothing matter to him but trying to erase President Obama's legacy?

Whatever the reason, doing away with the pre-existing conditions provision would hurt many millions of Americans. Many would be denied insurance outright (because the condition would be deemed too expensive to treat by insurance companies) and many others would see the cost of their insurance premiums rise exorbitantly (and millions of them would no longer be able to afford health insurance).

This seems like a crazy thing to be doing right before a critical election. The pre-existing conditions exemption was the most popular part of Obamacare. Even Republicans, and others wanting Obamacare repealed, wanted this provision to be kept.

Trump promised during his campaign that after repealing Obamacare, he would provide all Americans with cheaper and better health insurance. We now know that was just another of his many lies.