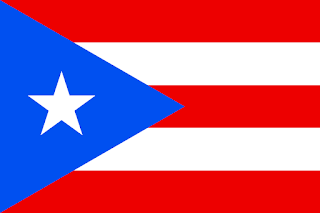 When Puerto Rico was hit by devastating hurricanes, Trump was very slow to send them the help they needed -- and the GOP-controlled Congress still hasn't come up with enough help to quickly get that island back on its feet.

That was probably because the Republicans didn't see how they could be hurt by not adequately helping the Puerto Ricans. They can't vote in presidential elections, and the representatives they send to Congress cannot vote on legislation.

But it turns out that may well have been very short-sighted. In an effort to get their lives back on track, Puerto Ricans have been flooding into Florida. More than 200,000 have moved to Florida since the hurricane devastation, and it is expected that another 500,000 will probably move to Florida.

Why is this important? Because they are all American citizens, and they can vote as soon as they are registered in Florida. And living in Florida, their votes will count. Most Puerto Ricans are Democrats, and being unhappy with the GOP response to helping their island, it's doubtful they will change their party preference. In fact, they might love to seize the opportunity to punish Trump and the Republicans for their inadequate response to Puerto Rico.

That could be disaster for the Republicans, because Florida was already a purple state that could go either way in election (and it's a state the Republicans need to win the presidency). With another half million to three quarter million Democrats, Florida could turn a nice shade of blue.

Actions have consequences -- and so does inaction. The Republicans are going to learn that lesson -- maybe as soon as the 2018 election. And in 2020, it's going to be a lot harder to put Florida in the Republican column.