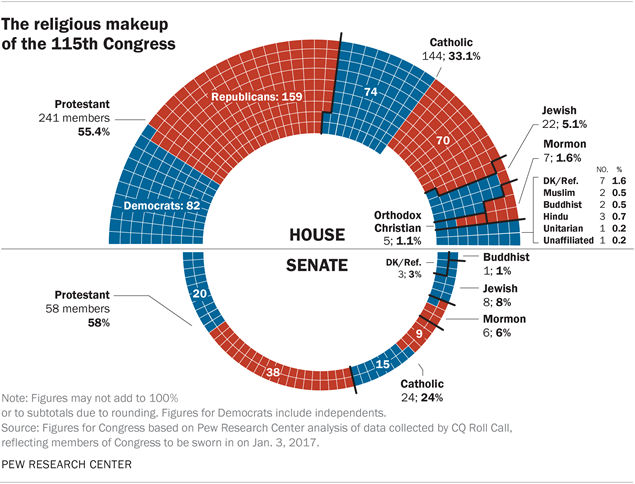 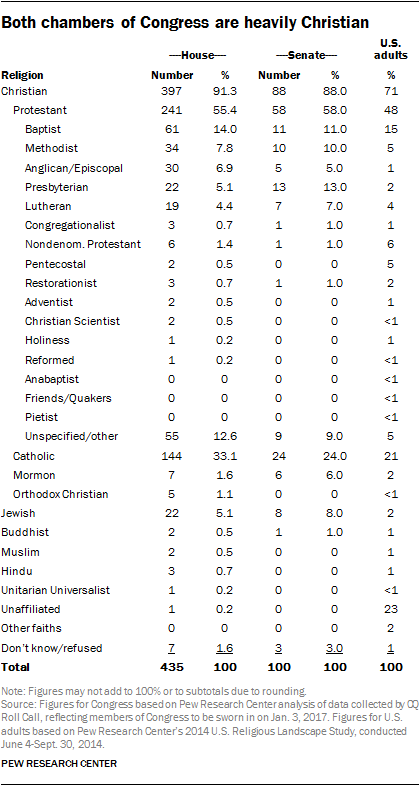 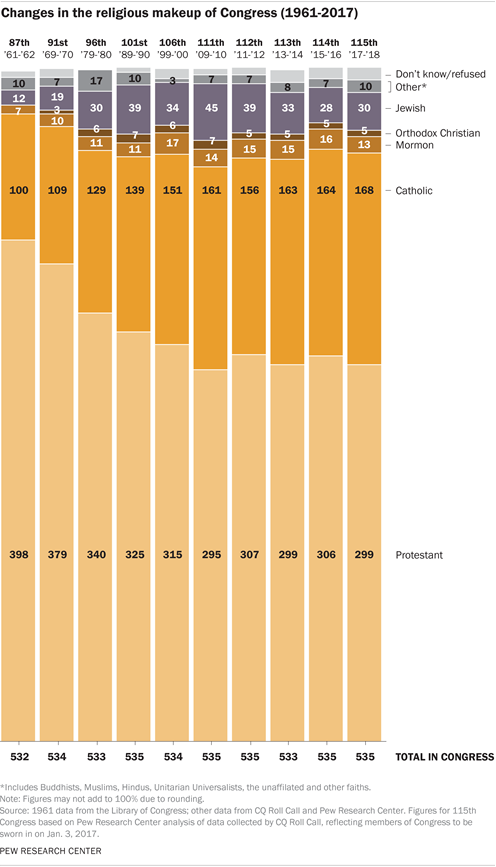 If you wondered by this country still has a problem in maintaining true religious freedom (as mandated by the U.S. Constitution), these charts can help answer that. They show that once again, just like in the past, christians have more than their share of congressional representation, and other religions (and those without religion) don't have their fair share of congressional representation.

Even though christians only make up about 71% of the U.S. population, they have 90.7% of congressmen adhering to their religion (91.3% of House members and 88% of senators). Mean while, the fastest growing segment of the population (those unaffiliated with any religion) currently makes up 23% of the total population, but have only 0.2% representation in Congress (0.2% of House members and 0% of senators). All of the non-christian religions are also not fairly represented.

Is it any wonder that true religious freedom eludes us?