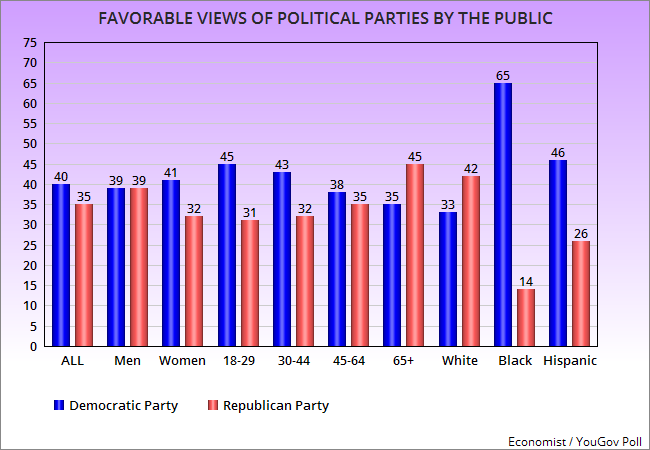 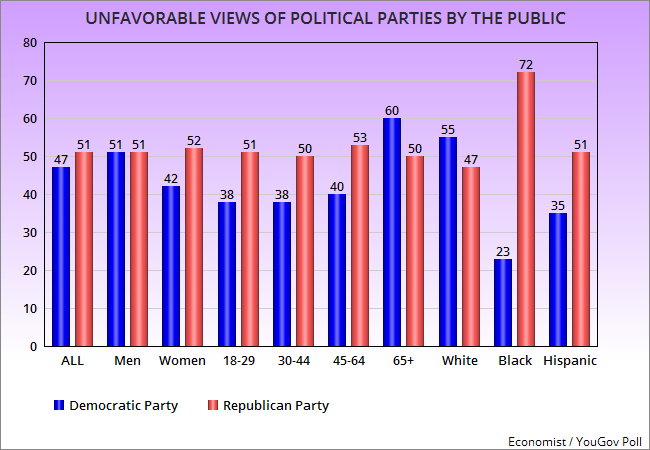 These results are from the newest Economist / YouGov Poll -- done between December 24th and 27th of a random national sample of 1,662 adults (including 1,419 registered voters) and has a margin of error of 2.9 points.

Only two groups favor the Republican Party -- white and those over age 65 (and both groups are getting smaller with each passing election). Men are evenly split between the parties. Women, age 18-29, age 30-44, age 44-64, Blacks, and Hispanics all prefer the Democratic Party.